IBeatItFirst.com was onsite for the official Microsoft E3 Press Event making us one of the lucky ones to learn all of the nitty gritty regarding the newest member of the XBOX family.

First off, let’s get the nerdy stuff out of the way.  Microsoft worked with AMD to develop a custom 8-core CPU/GPU to help make the console truly worthy of the title Next-Gen.  Couple this with 8GB of DDR3 RAM, Cloud processing of extraneous textures, HDMI in & out ports, and Microsoft Virtual Operating systems, and you have the makings for one bad mammajamma.  Oh yeah, it helps you watch TV too.  “But Eric”, you say,”what do you mean cloud processing?”  Many, but not all, XBOX One games take advantage of the 300,000 XBOX Live servers (upgraded from 15,000on the 360) that support Microsoft’s XBOX Live experience to help round out the beautiful visuals found in the new crop of games. 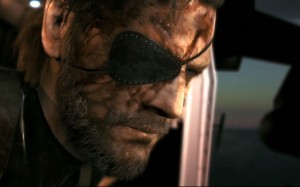 Speaking of beautiful, Microsoft pulled out all the stops to make sure they had the best possible representation of what their newest console can do.  Metal Gear Solid 5 continues Kojima’s track record of amazing gameplay and visuals tied with a gripping and intense story.  Crytek’s newest project, the confirmed launch title Ryse, shows off epic Roman battles, albeit a little heavy on the quicktime action sequences for my taste.   Forza 5 devs really display how closely they worked with one of the best performance car manufacturers, McLaren, to make sure that they have the most realistic cars possible and they did a great job in my opinion.  In addition to that list you have Minecraft with larger scale multiplayer, the oft fan requested Killer Instinct, Sunset Overdrive by previously Sony only Insomniac, Forza 5, Spark, the list goes one.

“But Eric, what about all of those horrible rumors that I heard about the new system?”

The Cloud Processing mentioned earlier is one of the main points of contention that is irritating people.  While it’s definitely a great addition to the system and will help differentiate itself from the PS4, almost every game that was announced requires cloud connectivity.  If you don’t quite understand how that will affect gamers, it basically means that in order to play most of the games you will need to have a high speed internet connection on at all times.  Sure, you have to give a little to get a little, but this portion of the One will have major problems in rural areas and completely alienates people who don’t have internet at home.  There are also a lot of people who are on cell phone style monthly data caps (usually 50GB-300GB) for their high speed and I envision regular gaming decimating that number quickly.  If you don’t think that’s true, then you don’t live in Canada or rural parts of the US (I don’t either though, so YAY ME!).  Sure it’s probably the future but I just don’t think that we’re quite ready to make that jump just yet.

Problem #2?  If your XBOX One doesn’t connect to the internet at least once every 24 hours you won’t be able to play your games; ANY GAMES!  This is a major issue for anyone who doesn’t have an internet connection or, heaven forbid, something crazy like Hurricane Sandy ever happens again.  I know that some people had more important things to worry about than whether they could play games, but there were many people in the Manhattan area who had power, and were safe, but did not have internet access.  Microsoft says that people should be able to tether the console to a cell phone (since the data transmission can be measured in Kilobytes instead of Megabytes), but cell data was down as well.  I personally have lived in an area where internet went our for about a week, not because of a natural disaster but because some idiot doing work on the roads actually CUT the fiber line.  What possible reason could Microsoft have for implementing something like this?  My guess is that Microsoft feels that software/game licensing and DRM have gone over so well on PC’s so why wouldn’t it work on a console?!  Seriously though, once you buy a game you receive a product code that must be entered in and registered with your Live Account before you can even install it on your unit (BTW, all games are installed instead of running from the disc).  After it’s installed the unit then checks the code’s validity every day.  Does this mean that you can install it on a friends XBOX One and just not have access to it on your account?  No, you can’t lend your games to friends.  Talk about a perfect segway because problem #3 is…

YOU CAN’T LEND YOUR GAMES TO A FRIEND OR SELL THEM TO A COMPANY LIKE GAMESTOP OR AMAZON!  Yes, the product code is not able to be sold by you… EVER!  You can give the game to your friend to play only if they meet the following requirments: you’ve been friends on XBOX Live for more than 30 days (yes, that’s really a requirement) and they are willing to pay a fee to get their own code (more than likely the full price of the game).  That’s it, buy a game and it’s yours forever… FOOOOOR EVVVVVV ERRRRRR!

The Kinect is always watching you, unless of course you turn the feature off.  This is not that big of an issue for me because I’m sure that any intrepid hacker can figure out a way to turn it on if they hack into your XBOX.  So, the privacy argument is kind of moot.  You want to know my big concern?  My son learning how to say “XBOX Off” and “XBOX On” and having a field day with that in the living room.  Other than that, I welcome our eaves dropping robot overlord into the house, just don’t tell me “I can’t let you do that Dave“.

There are some good items that were announced though.  Your XBOX Live Gold membership will now be available to your entire household, not just your profile (thanks Sony).  The XBOX Marketplace is changing from points to actual money (thx Sony).  You also now get free games with your Live Gold Membership (Sony, again).  One caveat about the free games though; the first two freebies are Assassin’s Creed 2 and Halo 3, games that most people already have.  But hey it’s a start, Sony put out some older games during the infancy of their Instant Game Collection.  Microsoft also showed more in depth how their Smart Glass App makes the WiiU Controller a moot point.

All-in-all XBOX One is a great console with some issues that may or may not be a problem for some people.  I will say that personally the only issue mentioned above that affects me is the trade-in/loaning restrictions.  My internet connection is good but can have issues every now and then so you could say that the Cloud portion may be an issue but I don’t view it as one specifically for me.  I would recommend that anyone trying to decide between an XBOX One or PS4 look at the issues stated above, and the games that are console exclusives, and go from there.

Here are some bullet points of the changes that have happened since Microsofts original announcement:

One thought on “XBOX One: Everything We Know *UPDATED*”