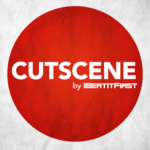 The third anime the IBeatItFirst.com crew is tackling for Cutscene is Another.  In 1972, a very popular honor student named Misaki died partway through the school year in Yomiyama North Middle School‘s class 3-3. The rest of the students, devastated by the unexpected loss, decided to carry on as if their classmate were still alive, going so far as to keep the desk in place and bringing it to the graduation ceremony. Yet no one could explain why their classmate, already dead and buried, was present on the graduation photo. Then, in the spring of 1998, a boy named Kouichi Sakakibara transfers to the class, and begins to grow suspicious of the fearful atmosphere permeating the class. In particular, he becomes fascinated with a mysterious, aloof girl with an eye patch who always sits alone, drawing pictures. A girl the rest of the class refuses to acknowledge. A girl named Misaki.  In this weeks episode we get to see stupid people operating outdated technology, M. Night Shyamalan takes up writing duties, we’re reminded of the science we learned while watching Backdraft in the 90’s, and we get to witness the Japanese version of The Purge.

For our fourth anime we’re heading to the realm of Fantasy and Mecha with Knight’s and Magic.  Knight’s & Magic is set in a world where medieval knights use giant robots called Silhouette Knights to fight against demon beasts, magical ravenous animals that devour everything on sight. The protagonist is Tsubasa Kurata, a mecha otaku from Japan who gets killed in a car accident. Tsubasa is reincarnated in this new parallel world as Ernesti “Eru” Echavalier, a boy born into a noble family. Tsubasa’s previous otaku memories inspire Ernesti into creating his own Silhouette Knights in order to defend his kingdom.