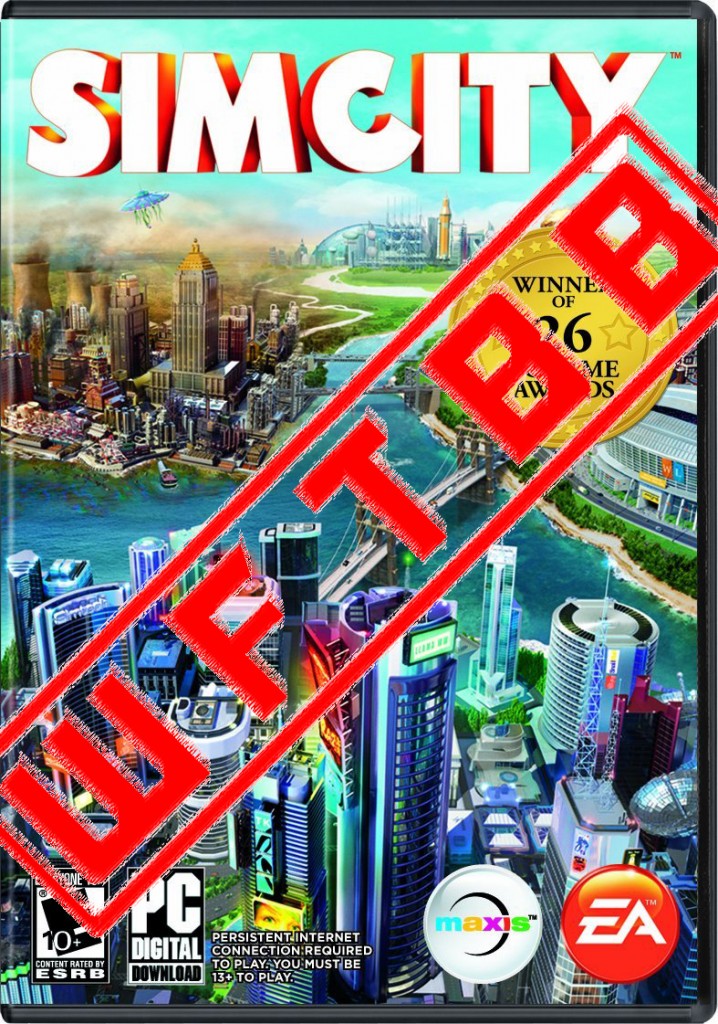 It makes me a little sad to designate Sim City as a Wait For The Bargain Bin title, but thankfully it’s not entirely WFTBB material.  Sim City is fun, addicting, and WAY better than the Sims could ever hope to be.  The new game looks great and all accounts say that it play amazingly, then the servers aren’t talking a sloppy shit all over you that is.  The game went live on Monday Night/Tuesday Morning and there has been nothing but problems with the servers at EA.  Since we don’t have a Wait Until The Servers Don’t Anally Rape You  award (WUTSDARY) we’re forced to label this as WFTBB.  But how bad can “Server Gate” actually be, you ask?  Well it’s so bad that Amazon has stopped selling digital downloads of the game until the server issue has been resolved.  This has also garnered the game an amazing 1.2 out of 5 rating (although I’m surprised that the 35 reviews that gave the game 4 & 5 stars actually exist).  Already bought a copy?  Head on over to the EA support pages for updated information.  In the meantime we will cross our fingers that this is fixed quickly and we can remove the stamp.

An intrepid Imgur user has put together a nice list of Steam games you can play until SimCity is Playable.

There is more and more information coming out about the imaginary need for the always online gameplay and I’m going to straight amend this game to be officially WFTBB.  There are just way too many issues with the servers and the horrible DRM for me to recommend anyone spending as much money as EA is asking for this game.  To see some great videos of this games “highly intelligent” AI in action, look below.

***UPDATE 3***
And just like that, the devs say that they’re working on solving the problem.  Well, at least the traffic problem, not the people walking problem

“We understand that when cars always take the shortest route between point A and point B there will be unavoidable (and illogical) traffic jams, so we are retuning these values it to make the traffic flow more realistically. Guillaume Pierre (our lead scripter) talked a bit about the improvements that we are making to the traffic system in the game here. To dig a little deeper our roads will have a weighting system based on 25%, 50% and 75% capacity. As a road hits those marks it will become less and less appealing for other cars, increasing the likelihood of them taking an alternate path if one exists.

We are working on additional fixes with the pathing of our Agents and these changes will streamline the way that the simulation unfolds in your city. For instance, emergency vehicles will not get blocked in their garages and will move into empty lanes to get around traffic jams. We’re also working on preventing service vehicles from clumping up (for instance, only one fire truck will respond to a fire instead of two) and improving the way that Public Transportation operates in the city. We are currently testing a patch internally and hope to have it out to you soon.”

Seriously?!?!?!? How did they even get caught in this loop? You can tell that it wasn’t a predefined path too because every once in a while someone will leave the herd.