Ubisoft started their E3 press conference off very strong, but it also proved to be their downfall. See, Ubisoft lead off with Matt Stone and Trey Parker announcing South Park: The Fractured But Whole. Why was this a mistake to lead with South Park? Well, because South Park fractured the conferences butt hole. Let’s go game by game through the conference.

South Park: A Fractured But Whole: Amazingness. I love South Park, and South Park: The Stick of Truth is awesome. This looks to be hilarious. This time they are playing superheros, with the return of the coon. 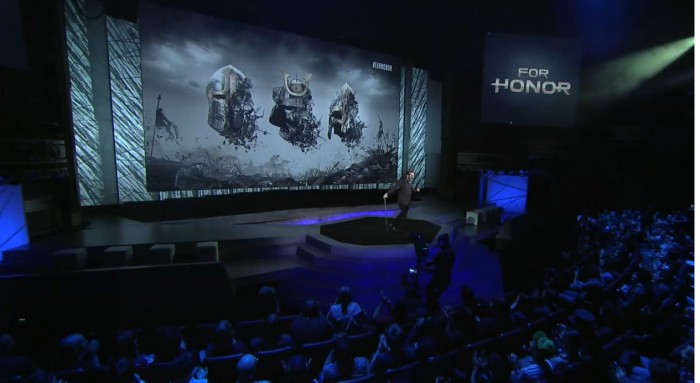 For Honer: A new game where you can play as a knight, a samurai, or a viking in 4 vs. 4 combat that includes plenty of AI opponents, similar to Dynasty Warriors. It’s playable on the show floor and looked fairly impressive, so look for us to report back on how it actually plays.

The Crew Wild Ride: There wasn’t too much shown other than a short trailer, and that’s fine by me. The Crew never caught on with me, and I could really care less about this arcade racer with friends. Any ways, it’s coming out November 17th, 2015. 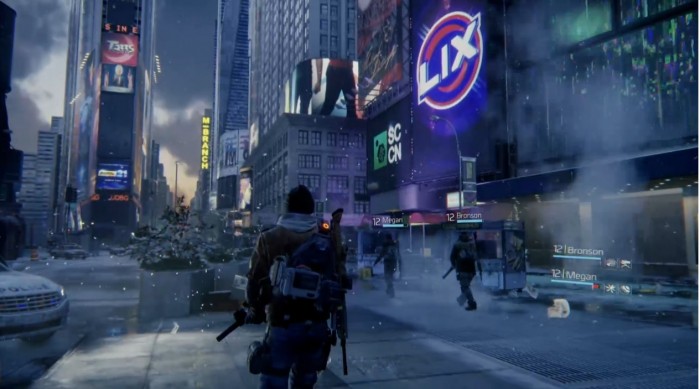 Tom Clancy’s The Division: The Division looks like Destiny set in New York with PvP. The gameplay that was shown off had you enter into a PvP zone where you run into some other players, and have a stand off to see if you want to kill each other. When you decide not to and take out some AI enemies, before the three of you turning on the two of them and killing them, only to one of you to turn on the other two and killing the both of you. Basically, don’t trust anyone in this game, because they are all dicks who will turn on you at a moments notice. Nothing too exciting really shown. The Division will be released March 18th, 2016 on PC, Xbox One, and PS4, with the beta coming out early 2016.

Anno 2205: Anno 2205 is basically Ubisoft’s SimCity, and 2205 is set in…SPACE! You don’t just start by colonizing the moon, first you start on Earth and have to build up the resources in order to do so. It looks pretty impressive to say the least, but we will have to wait and see. 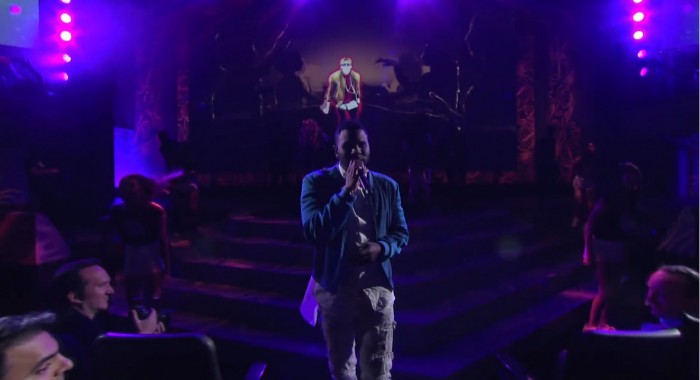 Just Dance 2016: This is where the show took a massive turn for the worse. First it started with a crappy segway that didn’t have anything to do with Just Dance, but rather Assassin’s Creed Syndicate. Then they had a musical performance that was utter crap and had no place at an E3 press conference. I’m not the target audience for Just Dance, so it just made the horrible experience all the more painful.

Rainbow Six: Siege: This could be called Rainbow Six: Counter Strike, Counter Strike: Source 1.6, or whatever you would call the offspring of Battlefield and Counter Strike. If you want to know what Siege is like, it’s counter strike with destruction, in case you didn’t get that already. The beta comes out on all platforms September 24th.

TrackMania Turbo: TrackMania is finally coming to consoles, so you can finally experience what it’s like to drive a hot wheels car on your console. Yeah, that’s about it.

Assassin’s Creed: Syndicate: All they showed on ACS was a CGI trailer. WOW, way to go. Not very impressive.

Ghost Recon: Wildcards: So, they are making a new Ghost Recon game set in a large open world, where you repeatedly try to kill some guy named White Hat that wears…a white hat.

Here’s to hoping Sony’s is better.