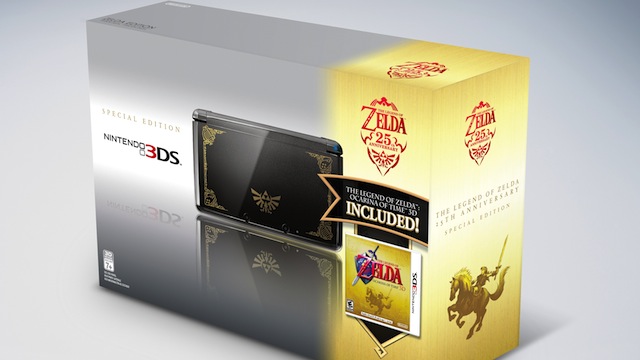 I know, it’s sad and I’m a sucker for the ever turning machine but it’s true; I WANT THIS!  I am adamant that the 3DS is a pile of shit that doesn’t deserve the money that they want for it (even after the HUGE price drop) but I’m a sucker for Zelda games.  We’ve had quite a few arguments about Nintendo at IBIF and the general feeling is that Nintendo only continues to survive because of the IP’s they created over 25 years ago.  That’s not to say that the games are crap, because for the most part they are amazing, but they seem to be the only games worthwhile on their consoles now.  Basically you’re buying a very expensive Mario/Zelda player.  What do you think?  Would you shell out the money for the limited edition?  Are the Wii, DS, 3DS and WiiU more than just a means to play more Mario and Zelda?  Let us know in the comments.