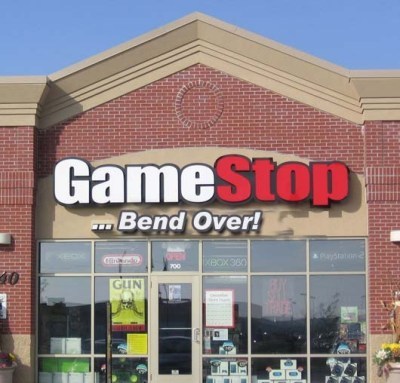 My friends, we stand at the edge of a cliff.  This cliff is called the “should I give a fuck?” cliff.  On the one hand almost everyone universally loathes GameStop and it’s constituents, but on the other  hand we continue to shop at them ALL THE TIME.  The IBIF crew is extremely guilty of this, as we like to do a lot of Bargain Bin diving, and our habit is extremely helpful in funding our gaming addiction.  The problem that we have is that the system is greatly flawed and most New/Used gaming stores are going under left and right.   Granted a lot of these closures are happening across the pond, but how long do you really think GameStop will be able to hold on universally?  As can be seen by their ever changing business model, the traditional gaming store/pawn shop that they have been for years is having trouble staying afloat.  I for one do not preorder games from GameStop EVER (which could be a good thing), and even find myself hard pressed to muster up the will to drive to one to buy a new game (sadly, Amazon wins out a lot of the time).  Speaking of Amazon though; I’ve also started to buy a lot of my used games from them, making a need for GameStop almost non-existent.  Not to mention that digital distribution (which I’m not entirely a fan of yet) is starting to catch on really well in the gaming industry.  Sure sometimes you want someplace to just browse and maybe get a game or 2, but the ability to also sell your games via other avenues is taking it’s toll.  As you know from previous entries, you can still find a use for them in the grand scheme.  But, is it enough to keep them alive?  And with how they expect us to bend over and take it sometimes, should we even care?  I for one do not know.  I both hate and like GameStop but I also like internet based companies (such as Amazon and Newegg) a lot more than them, so I guess I would pull more for the latter if push came to shove.  I don’t know, what does everyone else think?  Do you like GameStop?  Will you cry if they go under?  Do you not care at all?  Let us know in your comments below.