No seriously, that’s basically what they said today during key points of their Nintendo Direct video today.

First there is this amazing bit of catfishing that they put at the VERY BEGINNING of the video: 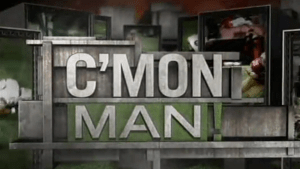 The SECOND major FUCK YOU is when you come to the realization that the Amiibo’s you’ve been spending so much time leveling up in a game don’t have enough internal memory to support more than 1 major game at a time.  Have a high level Super Smash Bros Amiibo you want to play on Mario Party 10?  You have to delete the Amiibo data from game 1 just to play game 2.  The only way around this is to buy a SECOND of the exact same Amiibo just so you have 1 for each game!

The THIRD major FUCK YOU is the release of the *NEW* 3DS XL, seen in the video below.

This one isn’t as bad as before because there are many key features that have been added to to this unit that definitely differentiate itself from the old and warrant a new model.  There is a motion tracking camera for the 3D so that the screen doesn’t go out of faze on the sides, a nub second thumb stick for controlling camera angles, and a faster processor; sure they moved from SD to Micro SD, but that’s fine as well.  The big issue is that these new features are only in the XL size, none of them are available in a standard sized 3DS…  WTF?!?!?!?

Kotaku reached out to Nintendo and asked them why no regular 3DS and this was their response:

Different territories make their own business decisions regarding individual products and timing. We think New Nintendo 3DS XL makes the most sense for our market. Nintendo makes different systems at different price points for a whole range of consumers, and New Nintendo 3DS XL simply expands those choices even further.

When asked if there are plans to bring a regular sized 3DS to the US, they said:

We have nothing to announce at this time.

The FOURTH major FUCK YOU is a little easy to miss at first glance and can only be seen on the full Nintendo Direct video but is disguised in the announcement of the *NEW* 3DS XL. (Skip to 36:30 to see it)

Did you catch it?  If you’ve never owned a 3DS before, you will need to buy the power adapter as an accessory just to power the fucking thing up.  I stood buy manufacturers during the PS3/Xbox360 no HDMI since HDTV’s weren’t prevalent and they were expensive at the time, causing the initial console price to go up (they at least included Component cables), but this is fucking ridiculous!  They save themselves about $.50 total on in-box components and net themselves a $15 accessory purchase it’s a WIN-FUCK YOU situation!  Don’t take my word for it though, head on over to Nintendo’s Facebook page and see for yourself; the villagers are gathering and they aren’t very happy.

3 thoughts on “Nintendo wants you to go fuck yourself!”