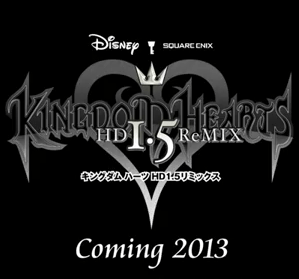 If so Disney has the event for you!  This Sunday, September 8th, the good folks at the house of mouse and Final Fantasy HQ (Disney and Square-Enix) are putting on a huge event to commemorate the impending release of Kingdom Hearts: HD 1.5 ReMIX.  If you’re in the area head to Downtown Disney from Noon to 6pm to partake in the festivities.

In a setting that fits the title’s theme, Square Enix and Disney are celebrating the first KINGDOM HEARTS title launch for the PlayStation® 3 system at Downtown Disney District. This free event offers guests and fans the opportunity to try out the game, take photos in the themed photo booth, and be a long-lasting part of the “ReMIX The History Of KINGDOM HEARTS”, an interactive game-themed mural. Radio Disney will also be providing entertainment at the launch event.
Also while supplies last, Square Enix will be giving away posters, T-shirts, merchandise signed by franchise director Tetsuya Nomura and limited edition collectible pins with purchase of the KINGDOM HEARTS HD 1.5 ReMIX. Limited quantities of the game (which include the 24-page artbook) are made specially available two days prior to the official release date. Everyone is invited to visit the official Facebook® event page where details will be unveiled.

One thought on “Love Kingdom Hearts? Live in LA?”