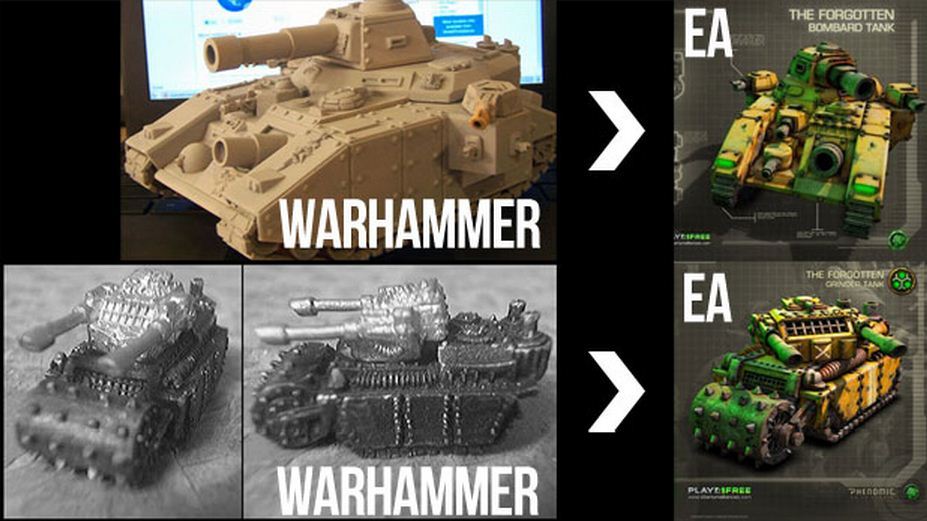 What does it take to pull me out from under my rock and back in to the IBIF universe? You guessed it, Warhammer 40k. This time it’s not to talk about a new game though, although you wouldn’t know it by looking at the picture. The basic gist is that EA’s new Command and Conquer game, that’s currently still in Beta, has many vehicles that bear a striking resemblance to the vehicles used by the Imperial Forces in Warhammer 40k. Now this is not the first time that they have been sampled for a gaming franchise, Warcraft is basically a rip off of the original Warhammer franchise (which is basically a clone of Lord of the Rings for all you naysaying fan boys out there), but this is probably the most openly blatant copy that I have ever seen. They might as well just call it Command and Conquer: 40k for Pete’s sake. Now I know what you’re going to say; “but Eric, everything is basically a rehash of things that appeared before it”; and to that I say yes, but they aren’t all direct copies. If you have a varying opinion on this, please let us know in the comments section below. In the meantime I’m going to image how badly Tanya would be decimated by a platoon of Eldar Harlequins.
Thanks Kotaku for doing the heavy lifting on this.