So I just got done playing episode 3 of Telltale’s Game of Thrones game series, and this one was a building episode surrounded by memorable moments from the show/book series, oh, and it had a dragon in it, so fuck yeah! Oh, and if you’re not caught up on the HBO series, there might be some spoilers from the show below, so read at your own risk.

[Disclaimer: Telltale Games wanted me to play this, maybe because they know I’m a huge fan of the show and books, or maybe because I asked them ever so kindly, but they were nice enough to send me a review code.] 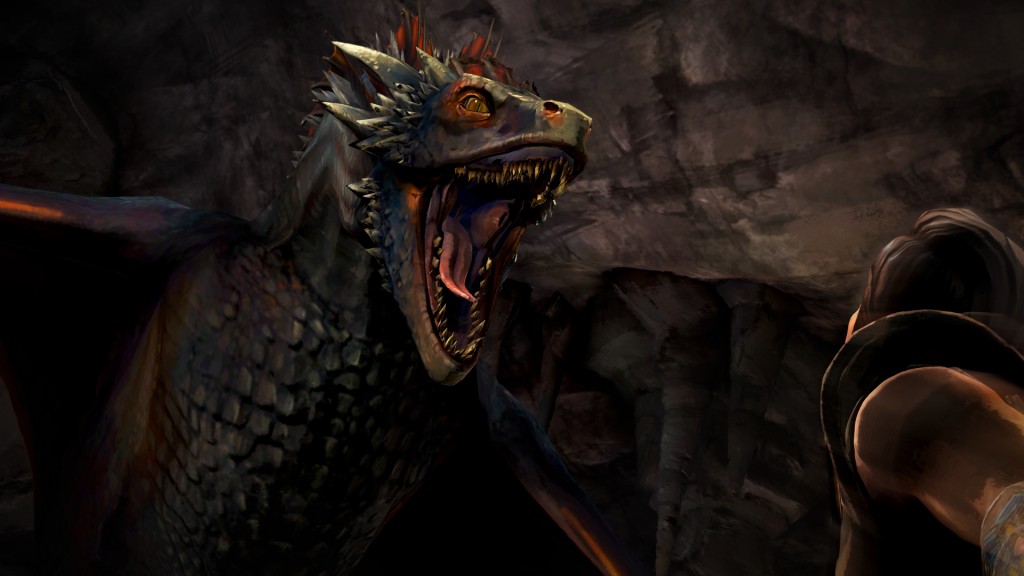 Choices in past episodes start coming back in this episode, and you learn to say fuck showing people mercy, because that only ends up in trouble down the road. Show someone kindness by not killing them? They won’t forget that, or forgive you, because fuck you. You beat them but didn’t finish the job, and they can’t stand that, or you. They hate you, and they want revenge. So if you are just starting to play through the episodes, just kill them, they don’t deserve mercy.  Just as decisions such as showing people mercy, past decisions come to fruition in this episode, and tough new decisions must be made. 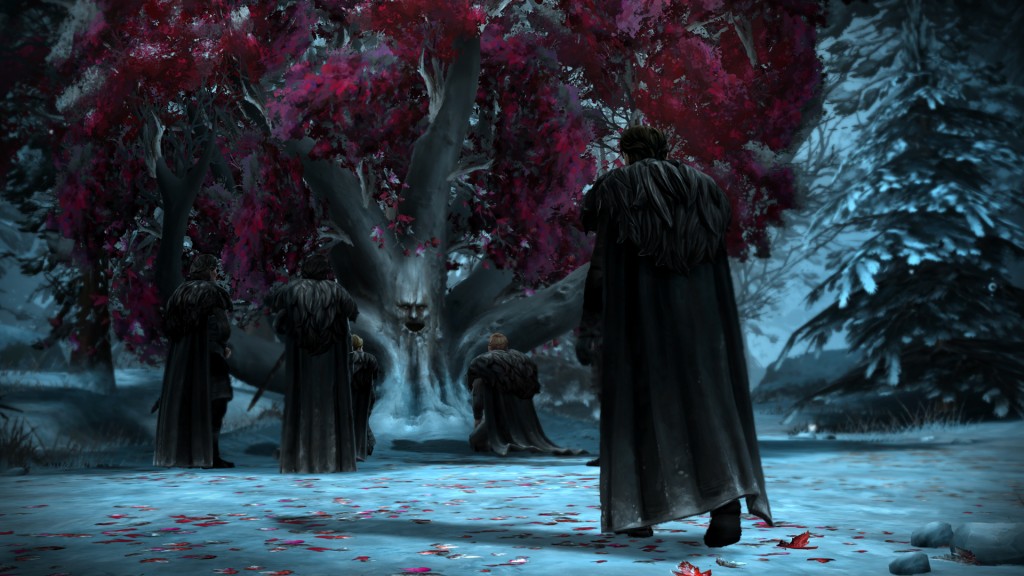 This is definitely a building episode, where the bigger shocks the series is known for aren’t really here as they were in past episodes. To make up for that, Telltale gave you first encounter with one of the dragons, not to mention the Royal Wedding, where Tyrion gets framed for Joffery’s murder. Meanwhile, back at the wall, Jon Snow prepares to march on Craster’s Keep just as Gerad takes his vow to become a brother of the Night’s Watch. The episode comes in at 1 hour and 45 minutes to 2 hours, similar to the previous 2. If you’ve played the other episodes, and I highly recommend that you do, then you know what to expect, which is more excellence from Telltale, just maybe with to oh shit! stuff toned down a bit, in a less exciting, but needed episode to build the story that seems like it’s on a good path to an awesome finale. Just like the HBO series, not every episode is packed full of action and epicness, but every episode is still great in it’s own right.