Story and art are a medium that is unfortunately lost on a lot of video games.  That’s not to say that there are not games out there, even now that focus on these attributes, but with all of our focus on big budgets and high body counts, it’s very easy to lose track of these all too important aspects of story telling.  With that in mind, there are always indie developers like Polyarc to remind us of what may or may not have been missing from our gaming experiences. 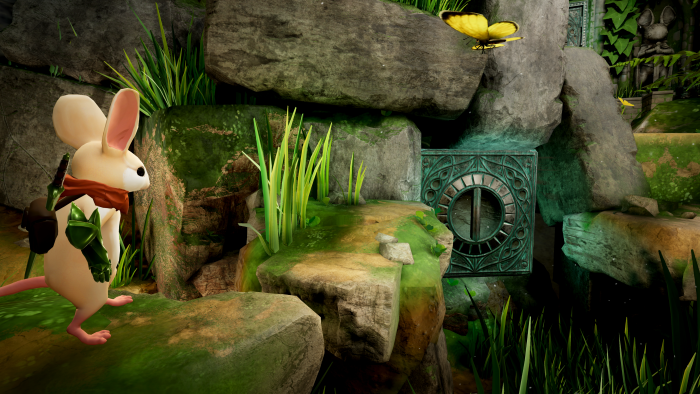 I’ve played some VR platformers and always found them interesting and exciting.  There is something about controlling a character in the screen, but also being able to move your body closer and adjust your actual visual orientation as if you are actually there.  Moss for the PSVR does just that and then some. 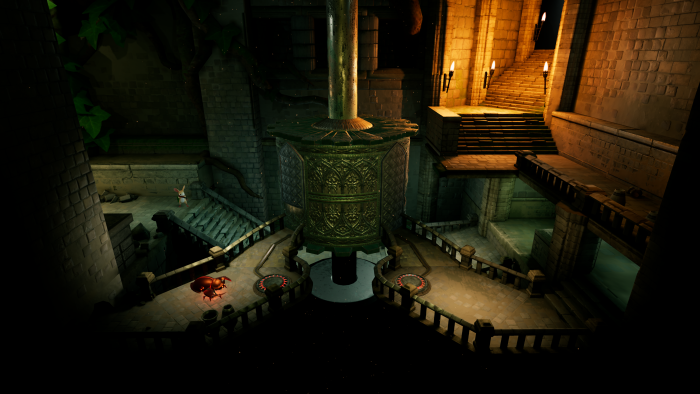 During your time in Moss you play both the role of Quill, the cutest mouse to grace a screen since Fievel, as well as the her beloved deity (something that resembles No-Face from Spirited Away).  You spend the game both controlling her movements and interacting with the world around her to help her traverse the landscape.  Oh yeah, did I say that you can lovingly pet her and you pick her up in your godly orb of energy to replenish her health? 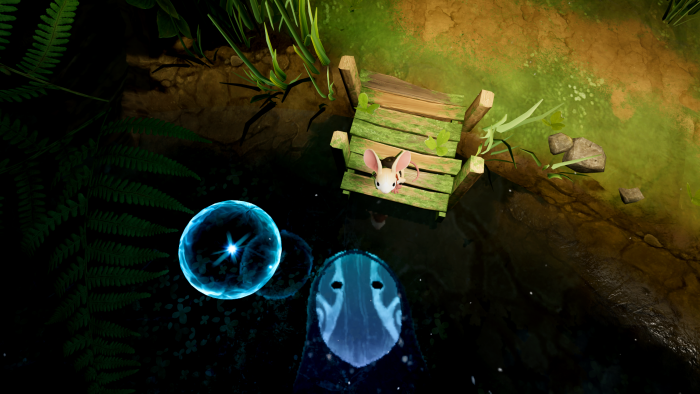 From the moment that Quill comes on to the screen you immediately start forming a bond.  If you stop moving for a period of time, say to admire the beautifully painted landscape that you’re in, she will stand there looking in your direction for guidance.  I immediately felt a bond/connection to her, so much so that I felt horrible that I allowed to her take even an iota of damage at the hands of the beetles in the level.  There is only so much cuteness and compassion that can be brought out in a game, and I think that Polyarc succeeded in maxing it out. 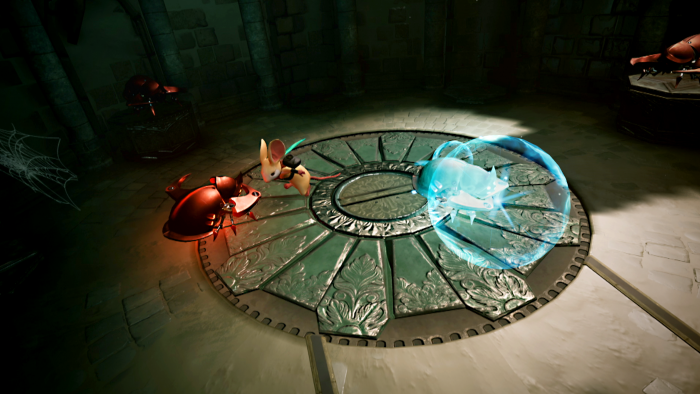 While we only played an E3 prepped demo of the game, I cannot wait to get my hand on the final product.  With a release of Holiday 2017, I recommend that all PS4 owners, and future PS4 converts, give this VR game a try.  This game helps push the boundaries of what you think VR title should look like, and rivals that of many traditional games out there.  A truly remarkable game.