A press released that shocked nobody, Activision revealed the newest addition to the Call of Duty franchise, this time however returning to the brass tacks of the series World War Two.

Admittedly I was less than excited to hear about another COD game (especially with last years most down voted release of Infinite Warfare).  However hearing that Call of Duty was going to return to what it did well, WWII, made me tilt my head in interest to learn more.  Its been about 10 years since we charged Normandy Beach in a COD game and after seeing what Activision had to deliver I am more excited for this one than I have in the last 5 Call of Duty games. 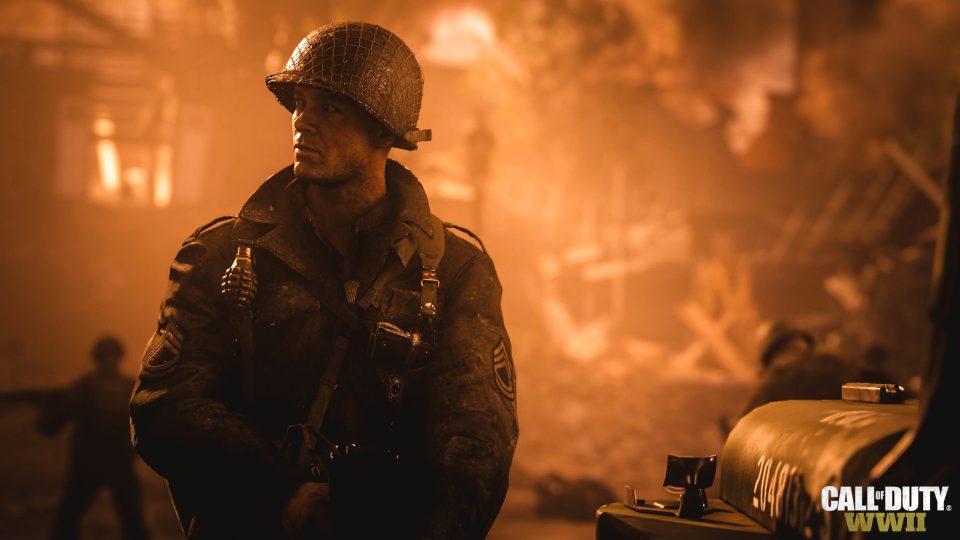 Call of Duty WWII returns with a fleshed out Campaign, a much larger and accessible Multiplayer aspect and of course good ole Nazi Zombies.

Quoted from the Press kit: “Featuring a global cast of characters across Europe, players will follow the gripping story of Ronald “Red” Daniels, a member of the US 1st Infantry Division, as they trek through the harrowing European theater of war. Joining Allied forces from the U.K. and the French Resistance, across the beaches of Normandy, to the liberation of Paris and ultimately into Germany, the squad must fight alongside a global and diverse cast of characters to achieve victory.  The story campaign delivers the gritty authenticity and cinematic intensity of WWII combat, honoring the unforgettable heroism of those who fought in World War II.”

I totally agree this has got to be one of the goriest COD games I can remember.  Now its not like COD has never been violent before but there is just something about watching your squadmates get pulverized by 20mm guns right in front of your face.  One scene even showed internal organs and full on head asploding (your head asplode).  While I am all about a more visceral experience I just hope your “squad” isnt just a grip of faceless fodder that we see in almost every FPS game. 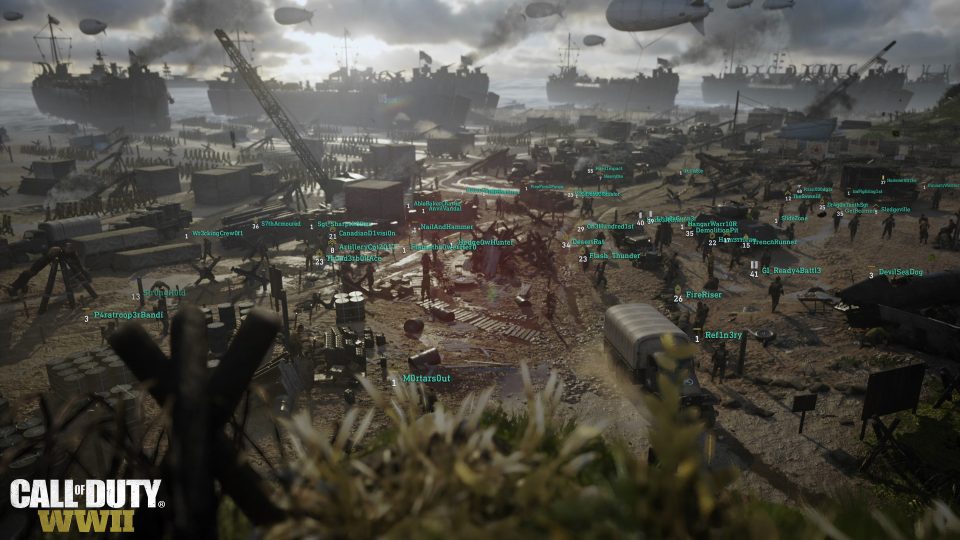 “Call of Duty: WWII Multiplayer offers players true franchise innovations across the entire experience with brand new ways to connect, compete and engage as a community. Divisions redefines how players develop their WWII Multiplayer Careers by enlisting in five iconic WWII-era divisions. War Mode lets players compete against each other in team-driven, objective gameplay. And Headquarters is a transformational new experience that will connect players like never before.”

Lets jump into the meat and potatos, since 80% of you wont even play the Single player game.  Yes good ole COD multiplayer is back and has a lot of the same dynamics we know and love.  Kill streaks return with point based access and divisions allow you to pick your “strengths/loadouts” a la Battlefield.  Aside from the basic updates two things stuck out to me more: #1 War Mode, works a lot like objective style multiplayer matches seen in Battlefront or even Overwatch, where the team has to work together to push on multiple objectives in a time frame. and #2 the Headquarters.  Headquarters looked like a giant lobby where you can wait for your friends to join in or LFG to join.  While in headquarters there are other small things you can do such as competitive target practice or 1v1 fights if these distractions are hot loadable and can be joined on the fly we may have a fun new way to wait for your buddies. 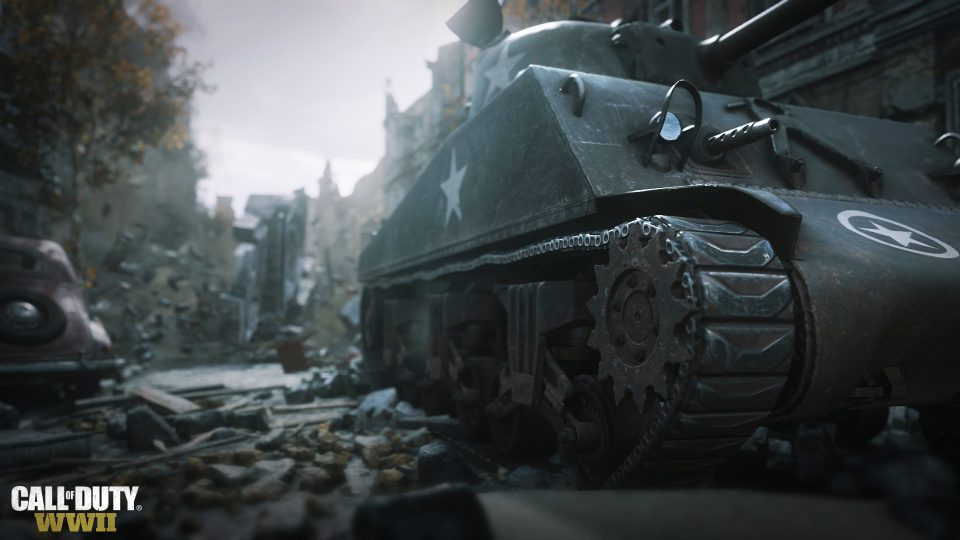 Overall I left the Activision booth more impressed than I entered, they even received a “Best of E3 2017” award from us as it was just damn impressive and actually made us excited to jump back into the hell on earth that was WWII this November.