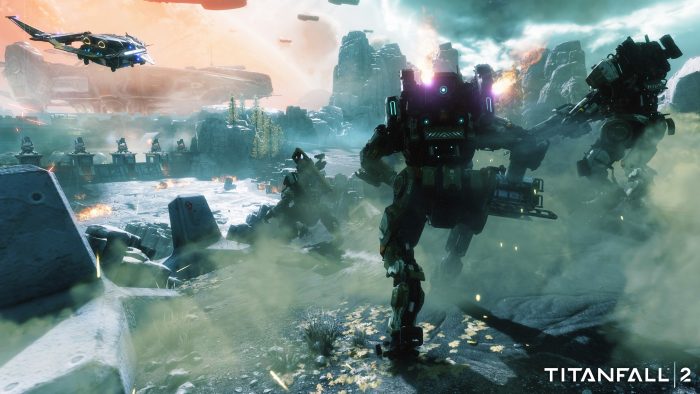 Prior to jumping into a 64 player mayhem that is Battlefield 1 over at the NOVO in downtown LA, I wet my appetite for FPS action with Titanfall 2. This was an all new experience for me, as I had never played the original as it first only came out on Xbox One, and while I currently own one, at the time I only had a PC and PS4. Titanfall 2 on the other hand launches on Xbox One, PS4, and PC at the same time, forgoing exclusivity. Lucky for me, I happened to be on a team made full of developers, so my chances of winning the 5 v 5 match seemed high. This turned out not to be the case, because we ended up losing the match, with me taking 3rd out of the 5 players on my team. Needless to say, other developers on hand gave them shit for losing at a game they help make.

Other than the results, Titanfall 2 was a tight shooter you’d expect from the guys who created the Call of Duty franchise before starting a new studio. The Titans that you can call down are impressive, but I can’t really say the game has improved enough to deserve a 2 in the title. If anything, it’ll be the actual single player campaign they’ve added, along with releasing it on PC and PS4 the same day as Xbox One that will make this game deserve the number 2. If you are a fan of the first one, then Titanfall 2 will likely capture your attention all over again, however for me, while it was fun, is not worth the price of admission. Titanfall 2 releases on October 28th.