FIFA 17 is moving over to the Frostbite engine, the same on that powered Battlefront and is powering Battlefield 1, but that’s not all that is new as I found out at EA Play 2016. In addition to running on a new engine, there will be an actual single player campaign, called The Journey. 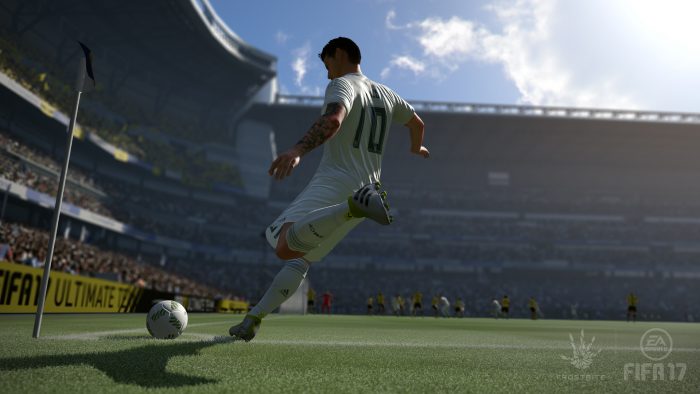 The Journey has you take control of Alex Hunter, who is just getting his professional career started at Manchester United. You will control Alex not only on the pitch, but off it as well. I was able to play through the first Premier League match as Alex, which started you out in the locker room getting a prep talk before the game. Prior to leaving the locker room, you were given the choice of three dialogue options to say to your childhood friend who also happened to be signed by Man U. Then it was game time.

The match in which you, Alex Hunter, made his debut was Man U vs. Liverpool, in Liverpool. As players walked out, you could hear the crowd chant You’ll Never Walk Alone, bringing an important fan aspect of soccer matches in to the game. You were given the option of controlling just Alex or the entire team, as you have been able to in the past with the career mode. I chose to control the entire team, but rather than controlling them from the offset as Alex was new, and therefore a substitute, I didn’t take the reigns until he was subbed into the game in the 70′. I then found myself chanting along with the crowd as they sang “Who are ya’?” as Alex took the pitch. I found this to be a fitting touch, and I hope they use chants from various teams that are unique to them, as well as generic ones like this that are shared by many supporters groups. 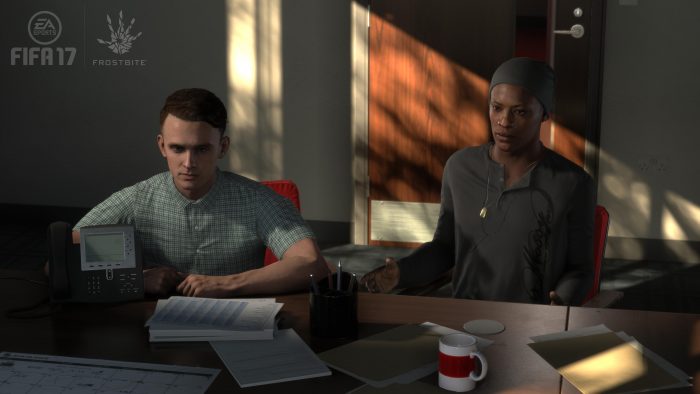 I then had 20 minutes to make the best use of Man U and Alex Hunter to win the game, as it was 1-1 at the time. I created some solid chances early, but the tides soon turned, and I ended up conceding a goal late that I was unable to recover from, giving Liverpool a 2-1 win. Then it was post game interview time. As the rising star, I was forced to answer questions in a post game interview about the match, giving me three dialogue choices each time, gaining or losing fans depending on my answers.

Other than the Journey, FIFA 17 seemed like it always did, a solid soccer game that I’m ok at, but far from good at. Needless to say, if you haven’t picked up FIFA in awhile, this would be a good one to get, and even if you did pick up 15 or 16, I’d say the Journey addition makes this worth picking up as finally, someone made something new in a sports game. You can preorder FIFA 17 by clicking the image below and be able to play it when it releases on Xbox One, PS4, and PC on September 27th, 2016.