E3 isn’t just about the games, but also how you play them. Nyko, Plantronics, Turtle Beach, and Alienware all had booths on display showing off their latest products. Some of these were awesome, while others left me underwhelmed. 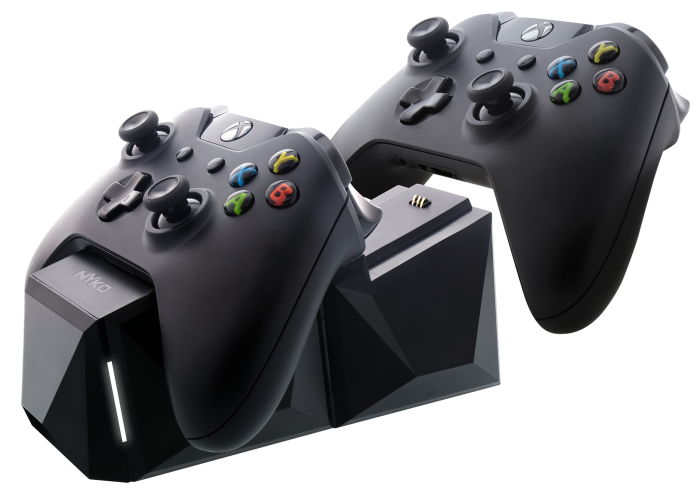 Nyko had several products that they were showing off that will be out in the coming months. The most useful of these products, and one I’m looking forward to purchasing myself is their universal charging blocks for both PS4 and Xbox One controllers. You can connect up to 4 of these blocks together, with the only difference between the PS4 and Xbox One blocks is a rechargeable battery for the Xbox One controller and a dongle for the PS4 controller.The bases themselves are identical and plug right into each other. If you are like me and have both an Xbox One and a PS4, this is a great addition as you can have 2, 3, or 4 blocks connected and set your controller on them, regardless if they are PS4 or Xbox One. 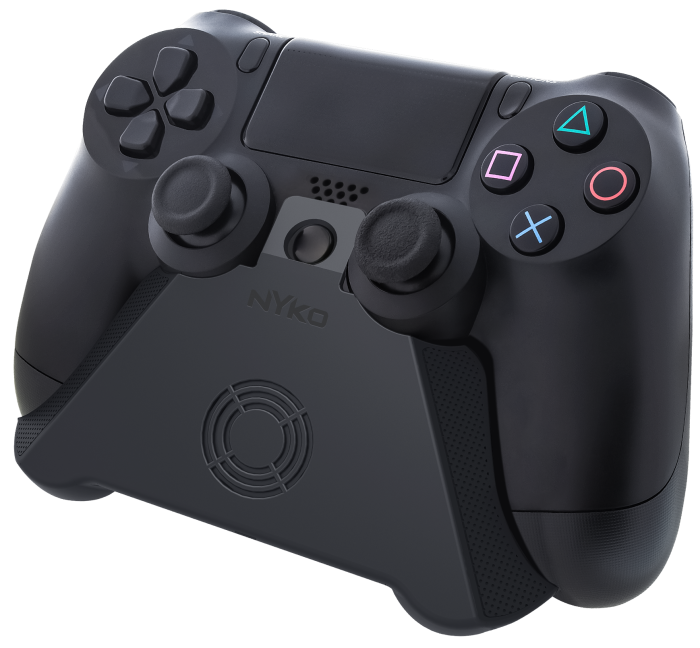 They also showed off a fan attachment for your Xbox One and PS4 controllers to keep your palms nice and cool during long play sessions. This attachment is a little hit or miss for me, and I’m going to need more time than is available at E3 with the product to pass a final judgement on if it is a useful addition or not. 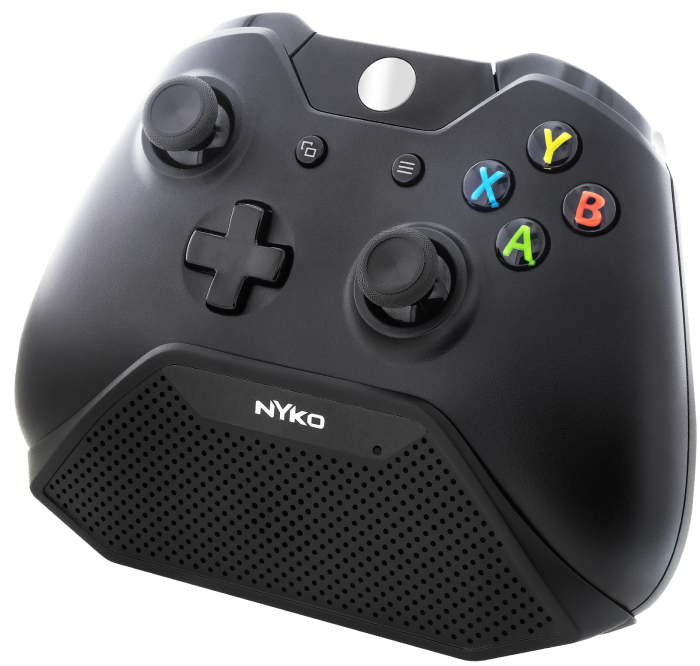 The other controller attachment they had added a speaker and microphone, replacing the use of a headset. I personally like full immersion and to turn the sound way up on a nice headset, but for those times when you need to be able to hear the doorbell ring or a crying child, this may be a useful addition for you. 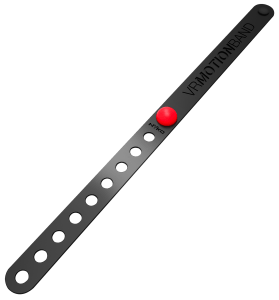 Nyko also had some VR products on display. The most interesting of these being a set of sensors that you set up in an area you define as your VR range, and then strap on a bracelets to each arm. As you get close to these sensors, the bracelets will start to vibrate, getting more intense the closer you get. This can be incredibly useful to keep you from running into walls or coffee tables. 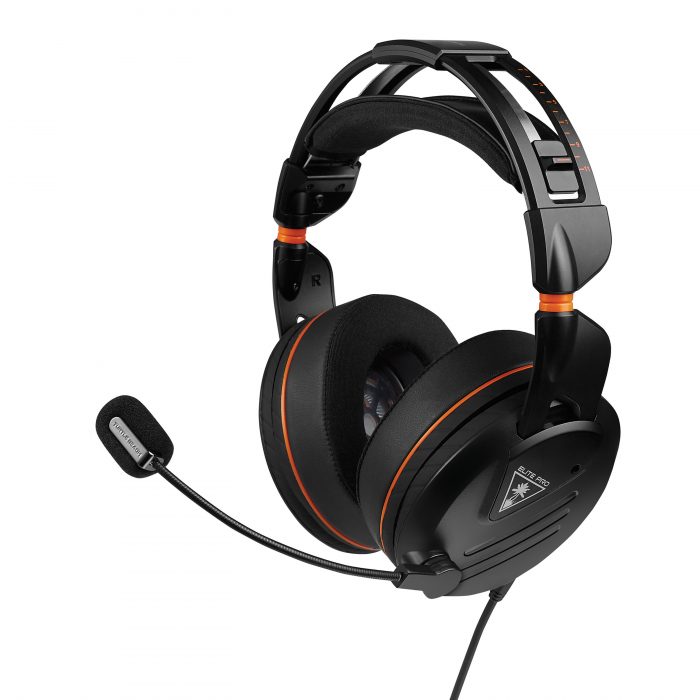 Turtle Beach was showing off their latest headset, the Elite Pro with the T.A.C. (Tactical Audio Controller). The T.A.C. allowed you to adjust game audio, mic background noise, mic in and mic out volumes individually on the fly, as well as total volume. This was the coolest feature, as the Elite Pro headset wasn’t bad, but for the $200, it is absolutely not worth it. 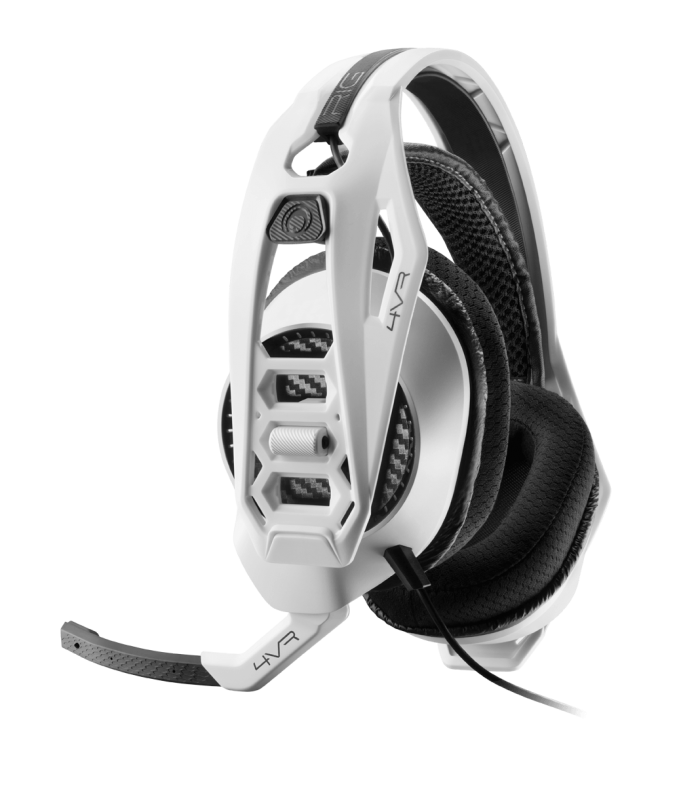 Plantronics had it’s new lineup on display, with the biggest 2 products being the RIG4VR and RIG 800 series. The RIG 800 series is meant to work with Xbox One and PS4, depending on which model you get, with 24 hour wireless battery life. This gives it the longest wireless battery life of any headset, packed with 40mm drivers it should deliver great sound (there wasn’t a way to test the quality at the booth, but compared to the other Plantronics headsets, it should sound just fine). At $149 for a quality wireless headset, it seems priced reasonably. The RIG4VR however is wired, and specifically designed to work with PlayStation VR, which is important to get something that doesn’t interfere with the headset while giving you quality sound hardcore gamers desire. 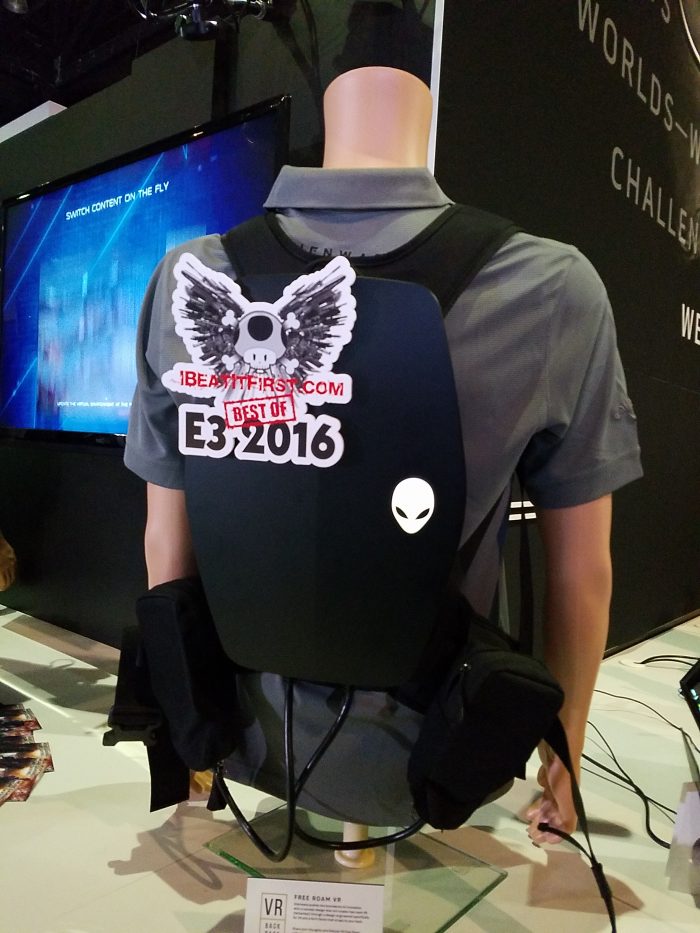 Alienware announced updated versions of the Aurora, Alpha, and Area-51 desktops with increased performance thanks to new graphics cards and Intel CPUs. They also showed off the 13 OLED laptop, making it the first laptop to feature an OLED display. That’s not all though, as what really grabbed our eye was their VR backpack concept they showed off, giving you a PC with the power to run VR strapped to your back, meaning you aren’t tethered to a single location. This was enough to win our Best Hardware of E3 2016 award.