Do you like Collectible Card Games like Hearthstone or Gwent but think they are lacking something? Do you wish you could take control of your cards as they attack or defend? Do you wish it was in a post apocalyptic setting? Do you wish it had cars? If you answered yes to all of those questions, boy do I have the game for you. That game is called Vroom Kaboom. Ratloop Games Canada describes their game on Steam as “VROOM KABOOM is a brand-new type of gameplay experience. A “Tower Rush with Vehicles”, this game combines elements from collectible card games, tower defense and multiplayer online battles. Build a deck of vehicles and deploy them into battle against other players online. It ends in destruction.” I’ve been lucky enough to try my hand at the Beta, which they made clear is not the final version, thus you are just getting a first impressions from me, and not a full review right now.

In Vroom Kaboom, you play vehicle cards from your deck as you would in any other CCG, but when placed you then take control of that vehicle. You are able to use it’s special, whether that being shooting a cannon or machine gun, or simply jumping, as well as control where it’s going and using boost. Pick up mines along the way as you head towards the enemies base and crash into it with full force to deal damage. You can also just run into the enemy and try and keep them from destroying your base. Just want to place cards? That’s cool too, you can let the computer control the cars for you and just place the cards from your deck. If you have enough points saved up, you can place multiple cards down at once. 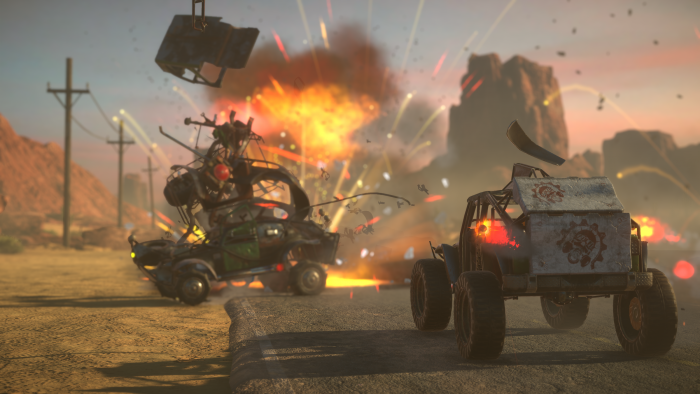 The Beta featured 3 starting decks to try out, a so called drift pack that featured what looked to be very close to a R34 Skyline, and leaned more towards futuristic cypberpunk aesthetic. There was the poster child pack of post apocalyptic Mad Max style cars, with baja buggies and 5-tons with machine guns. The third starter pack was old school muscle complete with fastback Mustang. Some of the cards were featured across the decks, like a freaking Tank, or some of the motorcycles. There’s even a couple helicopters and a tomahawk missile thrown in to the mix. As you place the cards, you can put them on one of 2 tracks that will eventually lead them crashing into one of the enemies two bases, if they don’t get destroyed first of course. As you control them, you can jump to different tracks, even off road a bit to hit some sweet ass jumps. 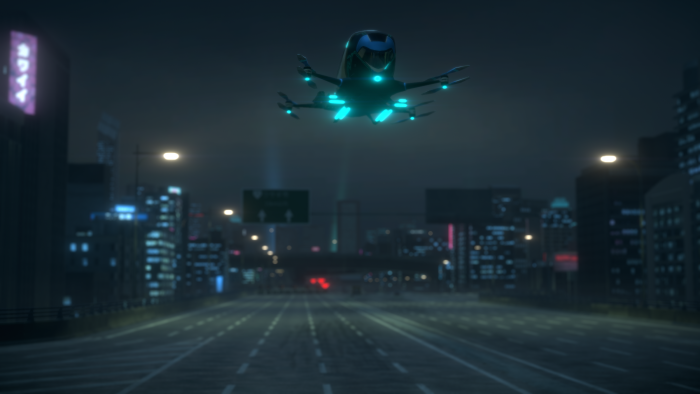 I can only imagine what it looks like jumping off a ramp into a building in VR. Ratloop may describe it as “Tower Rush with Vehicles”, but I think a more accurate description is “CCG cranked to 11.” While this game still has a little bit to go until release, I feel like it’s on the right path, and with support for anywhere from 1v1 to 3v3 battles, I can see some online matches getting pretty intense with talented players. Vroom Kaboom, while currently in closed beta, launches May 29th, 2018 on Steam and PlayStation 4. Oh, and it supports VR too, both on PSVR and Oculus Rift/HTC Vive on the PC.