I first laid my hands on Fate Extella at E3 2016 and was impressed by the quality of the game, so much so that we gave it a Best Of E3 award. Originally we were told that it was only going to be available on the PS4 but low and behold it was also released on the PlayStation Vita as well. Even though the Vita is obviously lower powered than the PS4, I couldn’t pass up the chance to play a good hack and slash game on the go so I grabbed a copy for the Vita rather than the PS4. Was this a mistake? Let’s find out.

If you’ve ever watched any of the Fate series or read any of the graphic novels, you know that it’s a little odd in it’s backstory but ultimately well worth the craziness. The entire series revolves around the Holy Grail War fought many times throughout the history of man. In the war, chosen mages make a pact with heroes of legend to fight in a bloody battle royale for the right to have the Holy Grail grant their wish. There are 2 words to describe the Holy Grail without giving too much away, monkey’s paw. Where Fate Extella differs is that it takes place after a Holy Grail War has ended… on the moon. 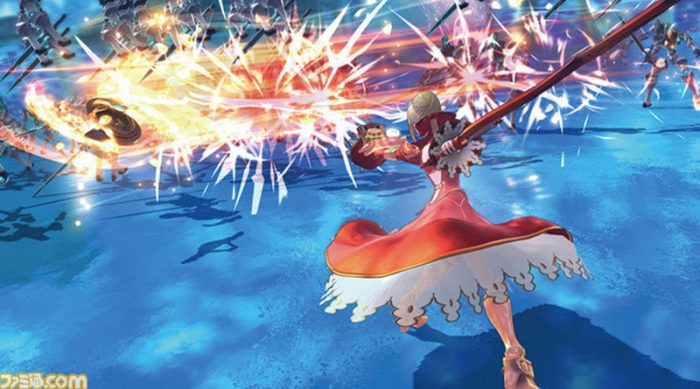 Ok, the story is about as convoluted as anime stories can get but there’s some actual depth here. The heroes of legend are touted as being both past and future, with Nameless being the only future hero. All other heroes are from different places in history, some being fairly obscure, which can be a fun little history lesson if you delve deeper (I had no idea who Elizabeth Bathory was and now I can’t forget her). The main story branches between 3 servants, Nero Claudius, Tamamo No Mae, and Altera (all of whom are in love with you because anime), but you you have to beat them in order to get the next scenario. Hilariously, and I’m still not sure if this was planned or not, the main characters dress exponentially more scandalous as you progress from one to the next. Nero is pretty much fully clothed in a long dress and bustier, Tamamo is in a very top revealing yukata with an ample bosom, and Altera is basically a skinny swimsuit model in the skimpiest of bikinis (she doesn’t understand the meaning of modesty). 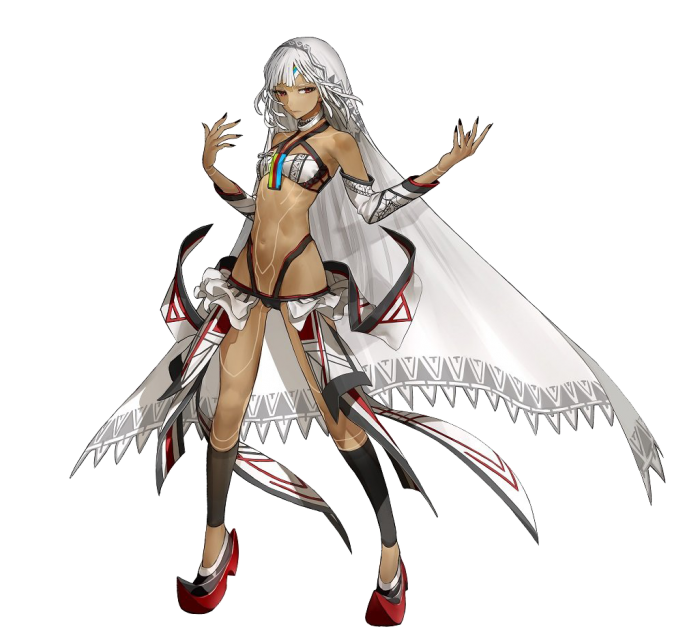 The gameplay is mostly based on the Dynasty Warriors style of play but focused more on capturing and defending zones. Once you have enough zones under control you can trigger the level boss to appear. Lather, rise, repeat, until you reach the end of your story. Some of the bigger differences between the PS4 and Vita versions can all be seen right here. Not as many enemies can be drawn on the screen at a time, definitely due to hardware limitations. On both versions you can dash across the screen and make a vortex that captures enemies in your wake. The PS4 version will capture tons of people in your wake whereas I could only ever capture maybe 5 people at a time on the PS4. 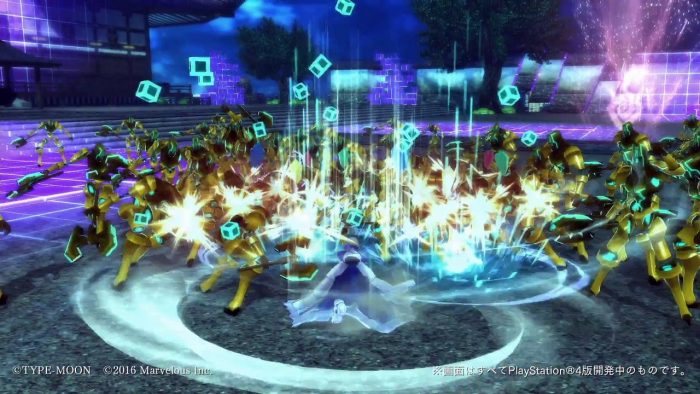 During the course of your play through you will develop connections with all of the different playable characters. On all servants this provides you with stat boosting slots to chain augmentations. On the 3 main characters these will deepen your bond with the servants and spring up extra story modes (usually you in a bath with them) for you to participate in. Did I mention all of the main servants are in love with you?

In the end, Fate Extella is a fun game that should pique the interests of fans of the Fate series. If you don’t like copious amounts of dialogue between fights and extremely convoluted story, it may not be for you. It’s worth a pickup on the Vita if you want something to play while traveling. However, the game will play much better on the PS4 than the Vita or PlayStation TV.