This month’s Sci-Fi Block from NerdBlock included goodies from Futurama, Planet of the Apes, Lost in Space, Terminator, and Doctor Who! 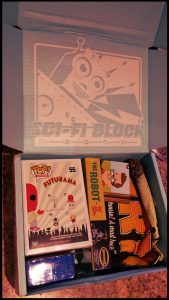 Futurama Funko Pop!
I received a Zoidberg figure  (why not?), but the other options included the Professor, Zapp Brannigan, Bender, Fry, Leela, and Nibbler. 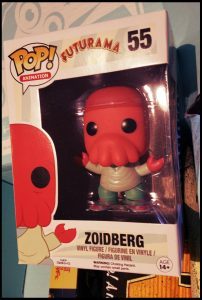 ShirtPunch T-Shirt: Planet of the Apes
Each Sci-Fi Block includes an exclusive t-shirt. This month’s t-shirt theme was Planet of the Apes and features a vacation advertisement for our beautiful home planet of Earth: “It’s a mad house! A mad house!” Although I am not a huge Planet of the Apes fan, I still recognize its place as a seminal sci-fi series, and will happily wear this beautifully designed shirt. 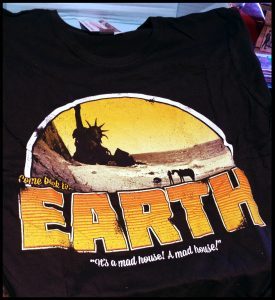 Lost in Space Model Robot
I have yet to assemble this lovely, but I can’t wait! This is the first model I have received in a subscription box and I think it’s a great idea! I’d like to see more in the future, for sure. 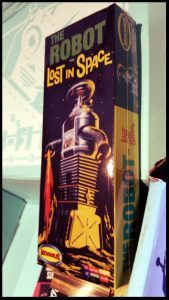 Terminator Mega Bloks Buildable Character
Don’t get me wrong, I am a fan of the Terminator movies. However, this is easily the 4th Terminator item I have received out of a subscription box and I am tired of it! Yes, it’s a great franchise. Do I need a bunch things from it? No. This is not a criticism of this particular block, but just subscription boxes in general. Enough with the Terminator merch! P.S. I pre-apologize to my friends who may or may not receive a lot of Terminator stuff for Christmas or their birthday. 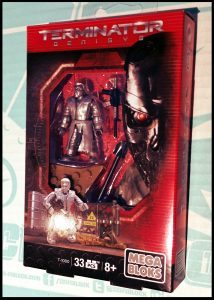 Doctor Who Assorted Time Squad Keychain
This Doctor Who keychain could include a golden dalek, a cyberman, the 10th, 11th, or 12th doctor. I would have been happy with any of these (except Matt Smith–I can’t stand bow ties). 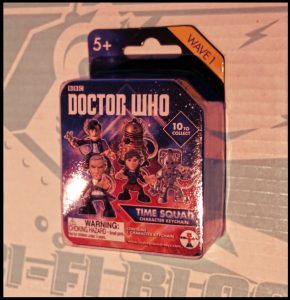 Luckily, the golden dalek was inside! 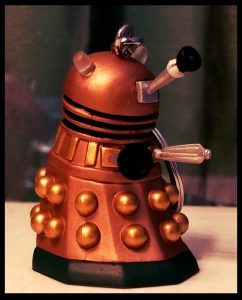 Overall, an excellent block. I will find use and enjoyment of 4 out of the 5 items, which is a good batting average for a box of somewhat random items (if you ask me).