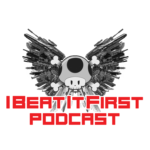 Join Eric, Jason, and Chris on a deep dive into nerddom.  This week we discuss the HOTLY anticipated Radical Heights, Jason gives his final verdict on Ni No Kuni 2, and Eric talks anime.  For this week’s YAWBR Jason was asked to share his favorite video game OSTs.  Since its an almost impossible task, he just tried to get the ones that he remembers the most fondly.  For ranking and a full break down as to why he chose the below songs you will have to tune into the podcast.

TOP Single songs that ALWAYS get stuck in my head: (in no particular order)

Despite being the only reason to own an original Xbox for a while I listened to the Demo unit spew this song at least 100 times a day.  I can pick up that choir sound from across any room.

While the entire album is strange and full of randomness, this song, which I have dubbed “the dink song” always pops into my head at the most random times. And now it will for you as well.

Entering Mexico for the first time and hearing this gave me chills, and to this day is still one of my favorite uses of music to set the mood in a game.

For an original NES title making a kick ass song that makes you feel like a bad ass (or in this case a rich duck in space) is hard to do. Well This song is and unforgettable end to an unforgetable game. Even the remake does a great job but the original still makes me feel tingly inside….. mmmmmm Moon ducks.

Since my family was a SEGA family I have a lot more fond memories of the Sonic series than most.  Even went as far as to make my own embarrassing  lyrics to the theme song.  Ah to be an idiot kid again.

Each song on these OSTs is fantastic for almost any activity, from grinding out work to working out these albums are my go to for all things VGOST.

While The entire series and all sounds tracks are awesome, listening to a full Metal Gear OST is near impossible as there are so many “non-songs” Hard to explain, so I wont, just listen for yourself.

First of all if you have not played this game, DO IT, its so fun and random.  Second they have a new version coming out soon to all platforms and it looks amazing (and also has a kick ass soundtrack)  Anyway, who knew that a 16 bit platform could pump out such funky beats.

While an amazing game in its own right the OST for SMRPG has some of the most memorable songs ever created, the linked above song springs in my head all the time but the entire album will keep you focused and working.

Ok this one is hard to explain as I admit unless you played the shit out of this game you would have no idea how meaningful the songs are, but you know what, I like it dammit.

Do you want to get shit done?  Do you want that shit to be done forever? The new DOOM OST just fills you with the desire to just destroy whatever is in front of you (please just be sure that its productive destruction).

Not only was AC:O one of my favorite AC games of all time, it also had a fantastic soundtrack to go along with exploring the vast Egyptian countryside.  Some solid chill beats in this gem.

There you have it, please share some of your favorite videogame soundtracks or by all means tell me Im wrong.