Game On Expo has come and gone, and I finally have some time to sit down and write about it.

What exactly is Game On Expo? In short, it’s a gaming expo held in Mesa, Arizona celebrating it’s second year. That however, doesn’t begin to describe it. Game On Expo this year really had it all. It had what you expect from a convention, from a vendor hall, panels, guests, and of course, cosplay. It also had what you expect from a gaming convention, plenty of console games from every year to play to classic and indie arcades. It also featured 3 days of live music from synthwave artists both local and from across the country. The cherry on top was an appearance by the 8-Bit Miata. Okay, maybe that wasn’t the coolest thing, but since I now own it, it was alright? Glad we are on the same page. 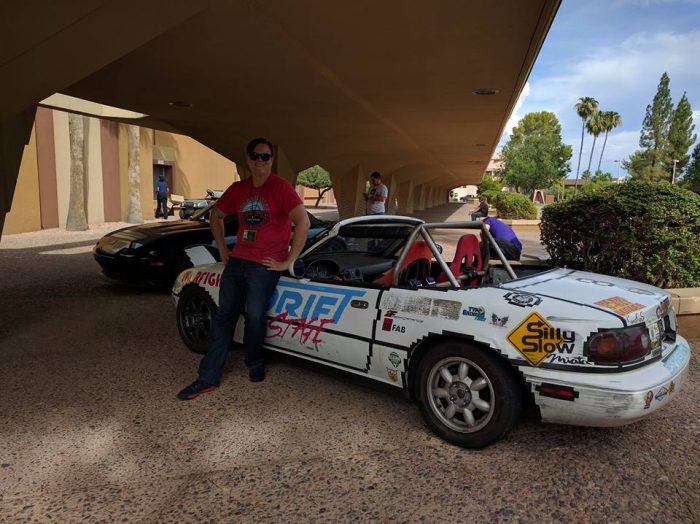 “Game On Expo year two went great and was a huge success. We saw incredible growth year over year, and overall everyone who either attended or who were a part of it are excited about it. We are already planning on Game On Expo 2017.” – John Lester Co-Founder.

How much growth did they have exactly? Game On saw a total of attendance of 17,791 with 7,191 unique attendees. That’s more than double they saw the first year. A panel as well as meet and greets with Steve Downes (Voice of Master Chief), Jen Taylor (Voice of Cortana and Princess Peach), and Darin De Paul (Voice of Rienhardt, Dr. Samuel Hayden, Emperor Valkorion, and Blackhand) certainly helped. All 3 were fantastic guests and genuinely nice people.

Some of the artists even performed at the after parties at The Grid: Games and Growlers, keeping the party rolling well into the night after the convention center closed. It’s going to be hard to top Game On Expo next year, but I’m sure they will somehow do it and we’ll be sure to be there once again!