Telltale has finally released the first episode, titled Iron from Ice, in their Game of Thrones adventure game series. FUCK YES! I’m a huge fan of the series, both HBO’s Game of Thrones and the books its based off of, A Song of Ice and Fire by George R.R. Martin. How much of a fan? Well, I’ve read all the released books while not so patiently waiting for GRRM to release Winds of Winter, and have seen every single episode multiple times, owning all seasons (currently available for sale) on Blu-Ray, and its really the only reason I have an HBO subscription. Oh, and I have an officially licensed version of Long Claw, and yes, R+L=J. Enough about me though, lets dig into Telltale’s take on it. 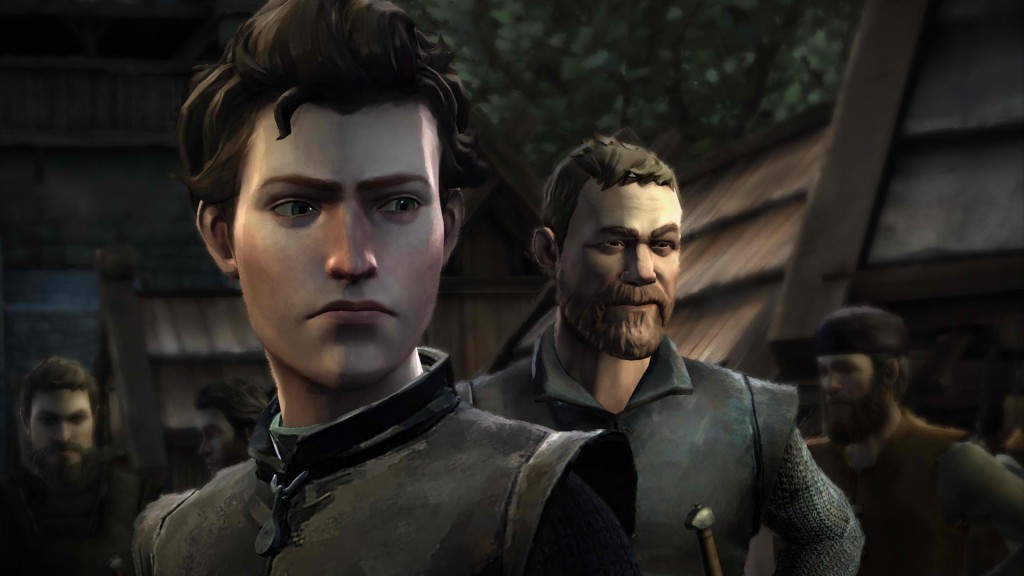 So, lets start with the time period the story takes place in, because with the massive amount of lore with the series. They could have easily gone back in time to the Age of Heroes, Robert’s Rebellion, or any of the other times that are just mere mention in the series and made it their own, but instead they start it from Season 3 of the HBO show and ending just before Season 5 starts. So who do you control in the game? Well, it wouldn’t be Game of Thrones if you didn’t control multiple characters, and so Telltale has you play as 5 characters from House Forrester.

Who is House Forrester? House Forrester are Bannerman to House Glover, are have always been faithful to the North, and the Starks. Their seat is Ironwrath, a stronghold in the wolfswood surrounded by Ironwood, hence the name of the first episode, Iron from Ice. Throughout the series, you’ll control five members of House Forrester as you try to save them from destruction, with each decision made by one of the characters having an effect on the others. 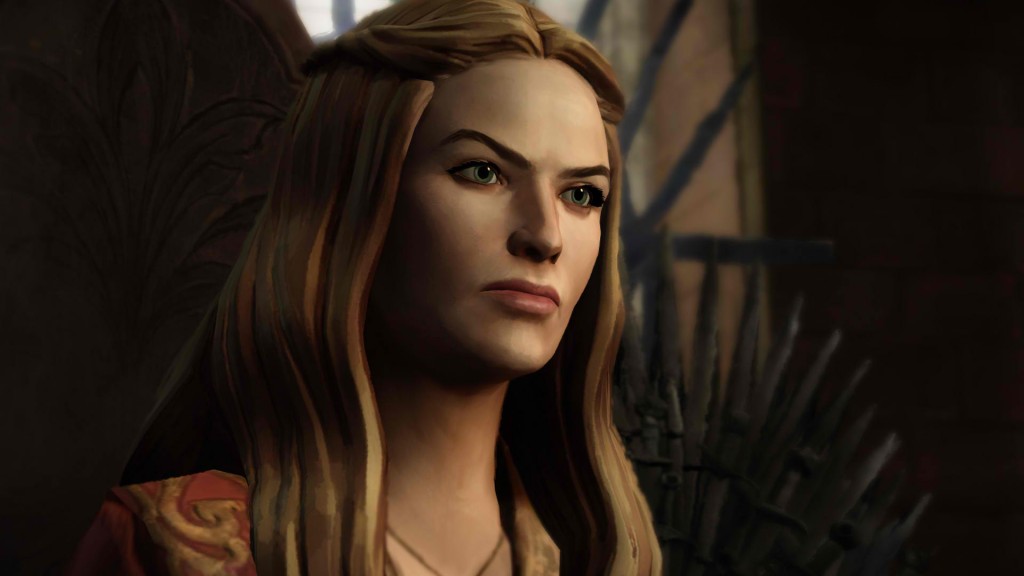 So, December 2nd comes around, and I’m giddy like a kid on Christmas morning, ready to enter in my review code and experience a new tale in the Game of Thrones saga, but unfortunately, PSN had other ideas. After trying my code all day, it just wouldn’t take, and a chat with Playstation found nothing wrong, except that PSN and PS Store were both undergoing updates, and alas, I would have to wait until the next day and try again. Well, today it worked, and I’m glad it did, as this is exactly what I was looking for in a Game of Thrones game. 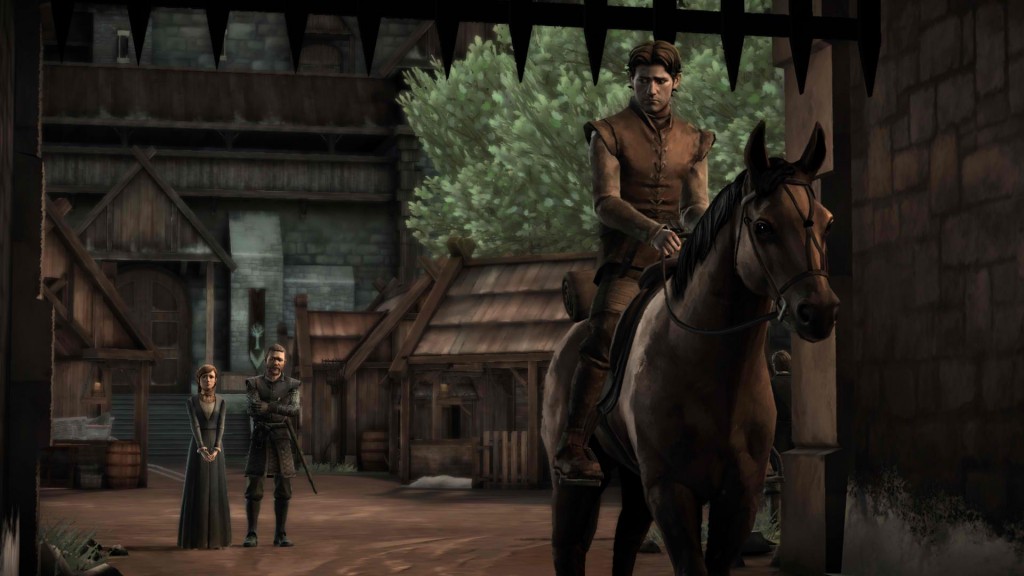 Episode 1 starts out with lots of action which were basically quick time events, and set the stage for what was to become. In true Game of Thrones fashion, tough decisions must be made, and one wrong move could spell doom for House Forrester, who were loyal to the former Warden’s of the North, the Starks. You jump around, controlling several characters of House Forrester, starting with the squire of Lord Forrester, Gared Tuttle. Before long, you take control of your next You also control Ethan Forrester, the third born son of Lord Forrester, who comes face to face with Ramsay Snow, the bastard son of Lord Bolton. The third character you control is not in the North as the other two are, but is in King’s Landing. Mire Forrester is there serving as a hand maiden to Lady Margaery Tyrell, and comes into contact with not only her, but also Cersei and Tyrion Lannister. All of these characters are wonderfully voiced by the actors that portray them on the HBO series. I won’t go much further into the story than that, as you really need to play it to see for yourself. 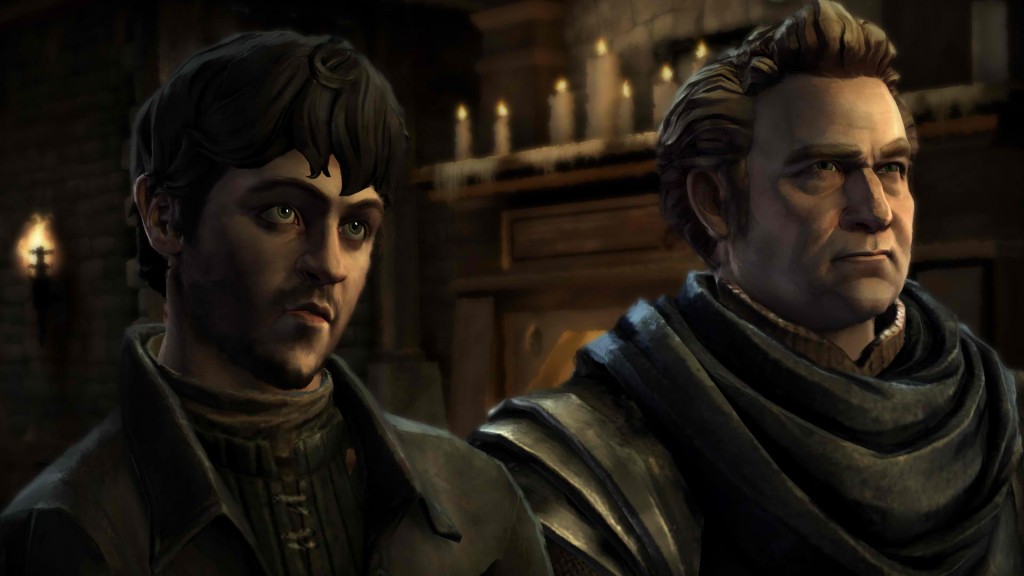 While this is an adventure game, so action is limited, if you are a fan of Game of Thrones, then you know its really about the story, and Telltale did a fantastic job. I really could see this being in the novels or the HBO series, it just fits so perfectly. I look forward to the release of Episode 2, but in the mean time, I think I’ll replay Episode 1 another 100 times seeing all the different options I can get, but from my first play through, the ending definitely did not disappoint.