Dragon Age: Dawn of the Seeker is animated movie, wait…movie? On IBeatItFirst.com? Yes, a movie…about Dragon Age, to get you mildly excited for Inquisition. It’s made by Funimation (You know, the company that brings you Dragon Ball Z, Fairy Tail, and many other anime shows and films) that tells the story of Cassandra, who you may remember from Dragon Age 2. Cassandra is the Seeker from the Chantry that conducts the interview that ends up telling the story you play through in Dragon Age 2. In Dragon Age: Inquisition she becomes a companion and possible love interest, because you know, BioWare. 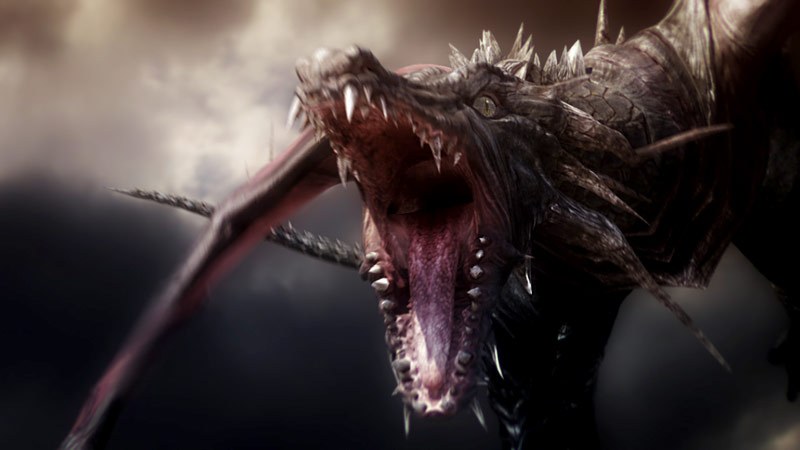 Dragon Age: Dawn of the Seeker focuses on Cassandra and is a lead in to Inquisition, so if you need to know everything Dragon Age, then you might as well stop reading and go watch it, because we both know you will. How can you watch it? Well if you are a Funimation subscriber, you can stream it here, and if not, well you can buy it here. 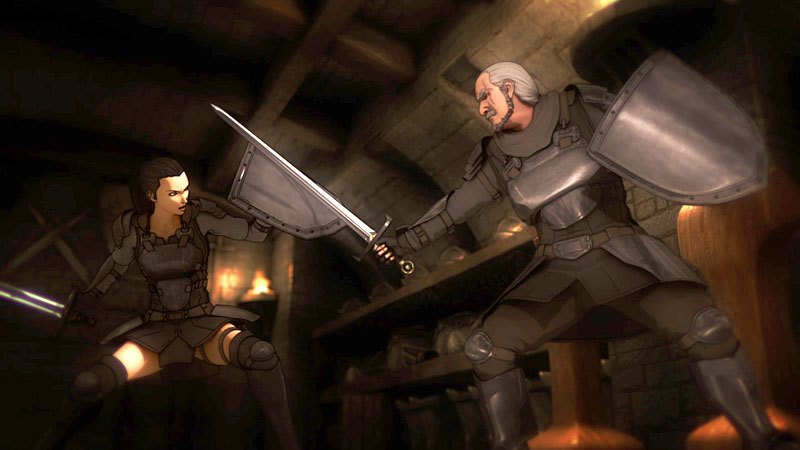 In Dawn of the Seeker, Blood Mages are building up for an attack on the Chantry, with a little elf girl at the center of their plans. However, they have help from within the Chantry, and Cassandra can’t trust anyone as she tries to unravel the mystery and stop the Blood Mages. Its light on romance, high on violence (Cassandra is a bad ass in case you are wondering), and ok on plot. On a badass scale, Cassandra isn’t quite the level of Battousai from Rurouni Kenshin/Samuari X, but more of a Kirito from Sword Art Online. She’ll rush head first in to any battle, sometimes with two swords, and kick some ass, but she can take injuries, and unlike the Battousai, these injuries means she needs help. She also has a deep hatred for mages, which takes her meeting and traveling with a mage from the Circle of Magi to eventually overcome it.

Dragon Age: Dawn of the Seeker isn’t bad, but it isn’t fantastic either. I’m a fan of the Dragon Age franchise, so I am looking forward to Inquisition, but this didn’t get me as pumped as Forward Unto Dawn did for Halo 4, although I expect Inquisition to be a better game than Halo 4. Dawn of the Seeker only lasts 90 minutes, so its hard to compare it directly to a series, which may have benefited if it had been, say a 10-13 episode mini-series. Would I recommend you watch this? If you like Dragon Age and are interested in any piece of story information, then watch it. If you like animated fantasy movies, then its a renter. All in all its not a bad movie, especially for one based on a video game *cough* Max Payne *cough*, and I did enjoy watching it, but its not omfg you need to watch this! If you did watch it, let me know what you thought in the comments below!