Bloody loved my review of the TL80 so much, they sent me ZL50 to attempt to review. The TL80 was great, and so is the ZL50. Again, metal feet, so orgasmic. If I wasn’t lending this one to Eric I’d take it with me to my day job. 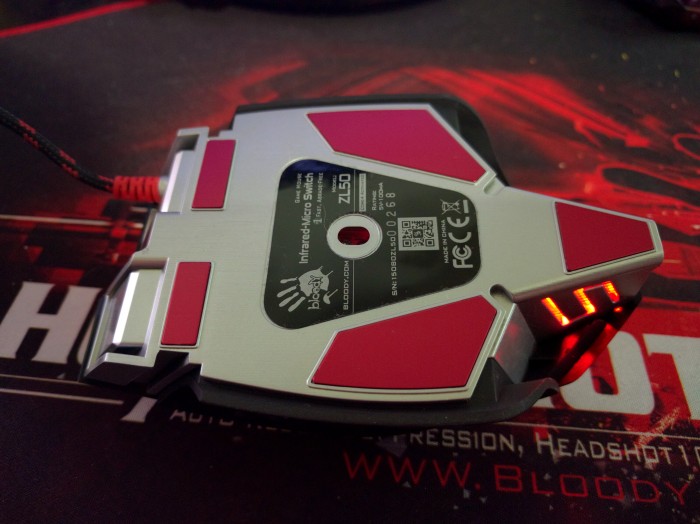 Similarly to the TL80, it has Bloody’s Light Strike Technology, which is pretty damn fancy shit. What? You didn’t read my review of the TL80 or B740A and have no idea what Light Strike is?! Shame bell for you! 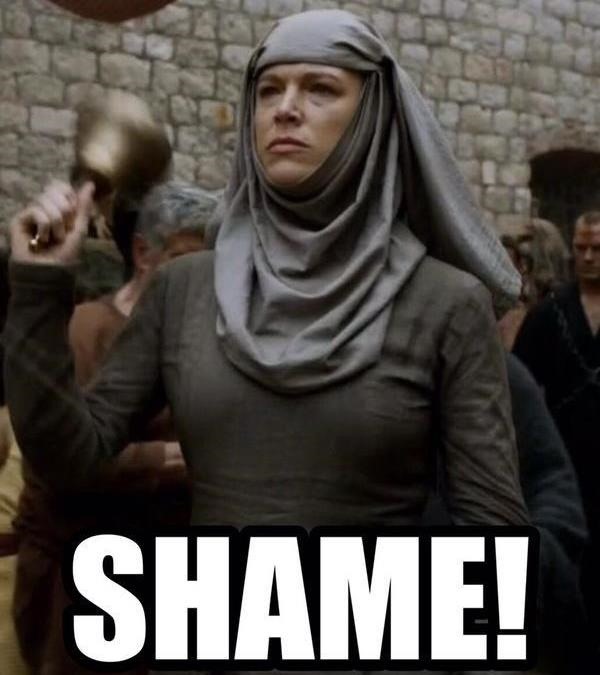 Now that we got that over with, Light Strike is fancy branding for LASERS that measure when you hit a keystroke on a keyboard, spin the scroll wheel or hit the left key for that headshot. Using infrared to trigger strokes rather than mechanical fixtures improves the response time, as well as reducing things like double bounce and wear and tear. Also, fucking lasers. LASERS! 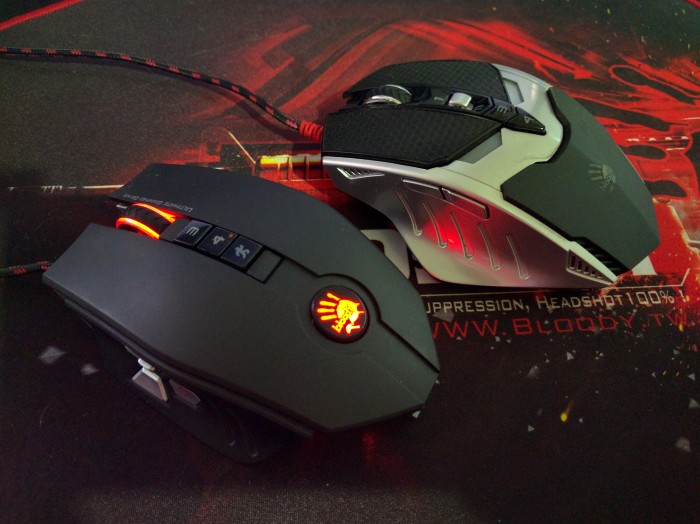 The major difference between the TL80 and the ZL50 is the side button layout, as well as the addition of a “sniper” button on the ZL50 that drops your DPI to 400 while you hold it for precision shots. The back and forward buttons on the two mice are oriented differently, and I’m not sure which one I like better. Both have the 4 changeable macro modes, and if I haven’t told you 800 times already, metal feet. 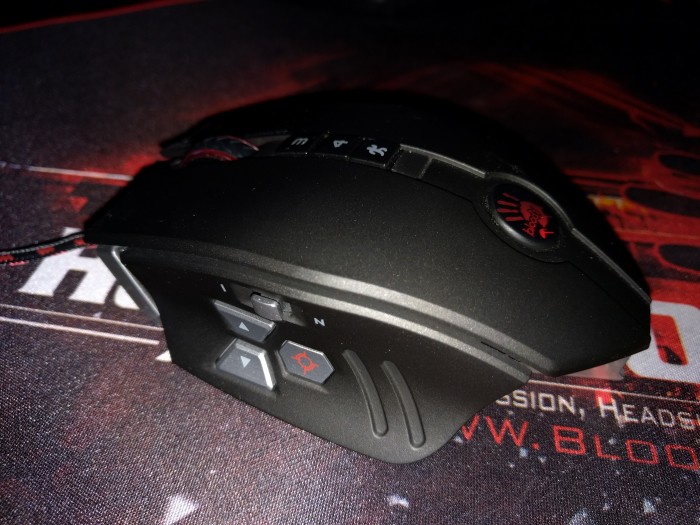 I know what you’re thinking, that I just like Bloody because they have sent me stuff, but the truth is they really do make great shit. Thus the reason I bought the B740A before they even sent me anything, because I had to have it after seeing it at E3 last year. You know, E3, the convention Razer, Turtle Beach, and all the others were at showing off their unreleased stuff. Plus, it’s not like Jason pays me.