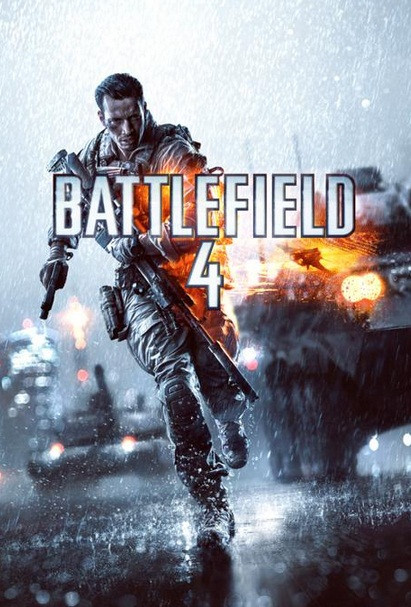 Battlefield 4 is finally here. You’ve seen us post trailers after trailers of Battlefield 4 until you didn’t have any more clean underwear. You learned what “Levolution” was and seen skyscrapers collapse in all it’s multiplayer glory. You’ve seen the boats jumping waves as they fire rounds at each other, but just how good is this game? Is it worthy of the number 4 or is it just a 3.5 (ala BF: Vietnam for 1942, and 2042 for BF: 2)?  How is the single player campaign? Is it better than Call of Duty? Well…you should already know if it’s better than COD or not, because let’s face it, you either love COD or you love Battlefield. I mean let’s face it, you already made up your mind on that one, and damn if I try to convince you otherwise.

Campaign: I got the single player campaign done first, so let’s get that out of the way first. Well, as you can see, it took a mere 5 hours to beat. Yup, as expected it’s super short. And as expected, it’s super linear. What it does have it tons of action, and fairly decent story. It all centers around your team and you extracting a couple VIPs from a China on the edge of all out war, with the littlest thing can put them over that edge. Which is what happens when you are forced to go weapons hot, and shit gets real. You get aircraft carriers ripping apart while you are in a gun fight, prison escapes, and even a parachute scene. I was fairly satisfied with the story but felt it coming to it’s end way too soon, and rather ‘meh’ ending. They could take some notes from the excellent Cinemax (in the US) and Sky (in the UK) show Strike Back on how to write a storyline, but not COD. Okay, I compared it COD, but have you read the synopsis for COD: Ghosts? I’ll pass (unless Activision/Infinity Ward wants to send me a review copy…).

What’s interesting and new with the Single Player of BF4 is that you earn points just as you would in multiplayer, unlocking weapons to use in the campaign along the way. So you get extra points for performing a headshot, and not as much if you let your squad do the killing. You can compare your score in the 7 missions against your friends on Battlelog, giving you some bragging rights. You also get a little bit of command abilities. If there there is a friendly helicopter, or tank, or turret on a ship, you can tell them to attack targets within your line of sight. This also works for your squad, and can be useful if you wish to flank the targets, but not have your squad follow along, ruining your flanking maneuver. It’s not super robust as other games that allow you to issue commands might be, but at least its something.

Multiplayer: Ah, multiplayer, the reason to buy a Battlefield game. If you’ve played BF3 then it will be familiar to you. The major selling points of BF4’s multiplayer over BF3 is what EA/DICE refer to as Levolution. This includes the ability to take out a skyscraper, blow up a dam, and other major events in the various maps that alter the landscape. The most map altering I’ve seen of these is in the map Flood Zone, where you can flood the streets, creating a boat happy Venice for you. About a third of the map is played over rooftops connected with walkways, which makes this one of my favorite maps. Its great fun running from roof top to roof top, jumping down levels as you engage in firefights. While taking down the skyscraper in Shanghai  has been a major selling point, in practice its not done often. It could be a smart tactic to take out its support pillars and collapse it if the other team holds the roof, but then again you can always hop into an attack helicopter and shoot fish in a barrel. In fact, I racked up 8 kills in 3 minutes and 25 seconds doing this as a gunner in a Cobra blasting them with the 30mm cannon. Levolution is more than just massive destruction. It’s also the ability to close doors on a box car, or a gate. It’s the ability to turn off the lights, and other little things that alter the environment.

So, more destruction, is that it? Well no, in fact! One nice advancement is the addition of a second sight on weapons. You can now have a scope and red dot on some weapons, with a red dot or a scope, with canted iron sight (i.e. angled to the side, with you tilting the weapon) and the ability to switch between the two with the click of a button. Now you don’t have to choose between long range and close quarter sights! Huzzah! Then there are the boats, oh the boats. BF4 has the best implementation of modern attack craft of any game I’ve played. They are especially awesome when the storm rolls in during the map Parcel Storm. Bring on the large rolling waves! Jump them, weave between the islands, and blast mofos. Whether you are on a fast attack craft with a cannon, tow missile, and 2 minigun slots, or a RIB with one minigun slot, both are extremely fun AND useful. Other games have added boats, few have made them actually useful. Other games, take note. Battlefield does boats right.

Battlelog: Battlelog is back and better than ever. It’s now used by the console version in addition to the PC version, allowing you to change your loadout or join a game via your cellphone or tablet while you are in game already. You can also adjust your loadout and look up stats. This is your hub for the game, and the stats are now a bit deeper, keeping track of support stats now too, like heals, revives, and resupplies. Horray for us who prefer to play support roles such as…well Support and Assault (read Medic). You can even challenge your friends to 48 hour “Missions”, where it can be best score with a certain class, or weapon, etc. with the winner getting medals, dogtags, and most importantly, bragging rights. Another neat aspect is you can join a game, and while it reserves your spot and loads it up, you can still mess around in Battlelog before it launches the game, or you know, since it’s in your web browser, your favorite gaming website, I Beat It First. Okay, Facebook. 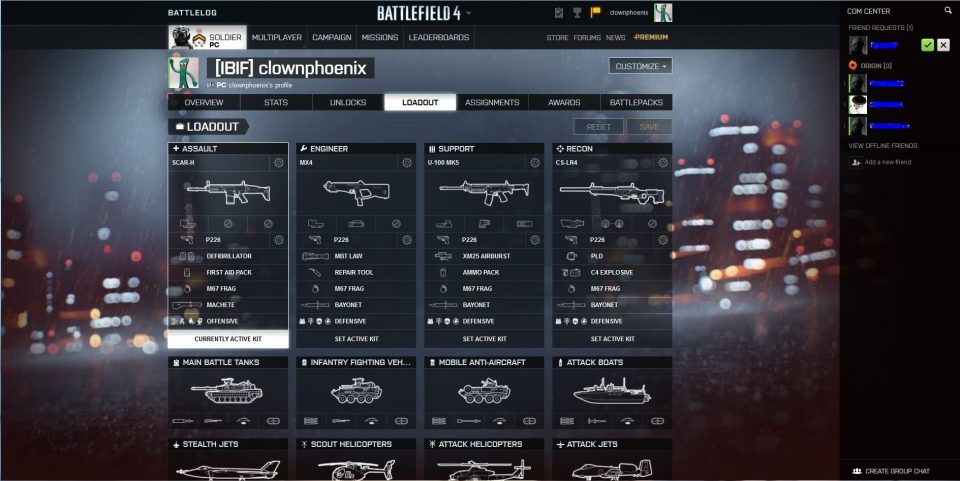 Gripes: My major gripes are the story was too short and WAY too many disconnects. I’d get disconnected all the time, loosing what stats I gained. It is in desperate need of a patch to fix this. I’ve heard from others wanting a queue for joining a game with a friend. I believe this has since been addressed, as shortly after I was told this, I noticed when joining a friend of mine that I got entered into a queue, which didn’t happen for me before. I’ll need verification from console players to see if they get this now too. It didn’t really matter the time I used it, due to the whole disconnect issue. Hopefully it gets fixed real soon. Destruction, while turned up, is not on at all in certain buildings/walls. If they are going to go all out, they need to go all out and not make some stuff indestructible. It’s really quite odd when you experience it because you don’t expect it.

Verdict: Is BF4 worthy of the 4? Or is it more of a 3.5? I’d say this follows the Battlefield tradition of creating a .5 edition after a major release. This is common in video games, hell, COD has been doing it in smaller increments since COD4: MW. Oh, there I go again comparing it to COD. Sorry. This fits the bill for a 3.5 release, which isn’t surprising as it is being released on current gen systems, which BF3 pushed to the limits already. It does have a lot of useful and meaningful enhancements though. Naval combat being one for instance. While huge, that alone doesn’t earn it the number 4. Look at BF: Vietnam, it changed the era and added helicopters. A major step forward, but not a complete step forward.

Oh…and according to the internet…

One thought on “Battlefield 4 Review”