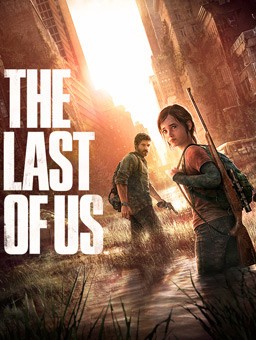 The Last Of Us

Difficulty played: Hard and then Survivor

Available on: PS3 Only.

Its not often when I give into hype and buy an unknown game on day one.  Almost every time I do, I end up getting burned or left with a hole in my wallet.  Well I am glad to say that The Last Of Us is the first game that I have ever been completely blown away with and its 100% worth the hype.

You are Joel, a survivor from a plague that has ravaged the earth turning people in to mindless killing machines, or as I liked to call them “Angry Mushrooms”.  I also don’t like to use the term “Zombie” as they are not undead or coming back from the dead, its a viral fungus that takes over the hosts brain and mutates them.  Anyway, you are Joel, a scruffy looking smuggler (nerf herder), who has been tasked to smuggle a little girl named Ellie out of a military controlled quarantine zone to a militant group called the Fireflies,  as you can imagine, things don’t go quite as planned.

Graphics:  This game is absolutely stunning Naughty Dog made a beautiful post apocalyptic world and its ours to play in.  The world only takes second place only to the characters themselves.  Each person you interact with is beautifully crafted and the attention to detail is not missed and even rivals, if not better than, Heavy Rain.  The detail doesn’t stop there as The Last Of Us uses blood extremely well, nothing like blasting a guy with a shotgun to see blood splatter on the wall, or slamming a guys head into a desk to see the blood smear down, crazy detail went into this game and even after playing the game multiple times I am still in awe of all the details.

Gameplay:  The style of this game is not your average “Zombie” shooter, if I were to compare it to another game I would actually say it’s more on the Silent Hill side (just less insane).  Ammo is very scarce and shots should only be taken in a last case scenario lest you be beat/ripped apart.  I will also say that the combat in The Last Of Us is some of the most intense, heart pounding, holding your breath action I have come across in a long time.  There are multiple times where I died, and realized I had not blinked in 5 minuets and it hurt to close my eyes, or had to pause the game because my adrenalin was racing too much.  There is nothing like the feeling of shooting your last shot at an enemy to then finish them off with your custom crafted nail bat.  Stealth also plays a large part of the game but it is not always required, obviously it helps you preserve your ammo but unless you are perfect in your “stealth-ness” be ready for a fight or a quick death.  I will say that The Last Of Us may not be for everyone as the pacing can feel a little slow (perfect for setting the mood), if you are looking for a “over the top Zombie” game with tons of guns and non-stop action you might want to wait for Dead Rising 3, however if you want a thriller of a ride that feels just as much like an amazing TV show as a game, then go get The Last Of Us now!

Story:  90% of what makes The Last Of Us amazing is the story line, the drama.  As I said before the game feels almost as amazing as a good Summer miniseries. Joel and Ellie’s interaction between each other and other characters is stellar and the changes to the world and characters as time moves on it well done.  Naughty Dog did a fantastic job creating an amazing story with more twists and turns than an M.Night Shyamalan movie (except good).  Also as a friendly warning, DO NOT read any spoilers about the end or story line if you want the best experience,  the shocks and events are even more guttural without knowing the outcome, especially the amazing ending. 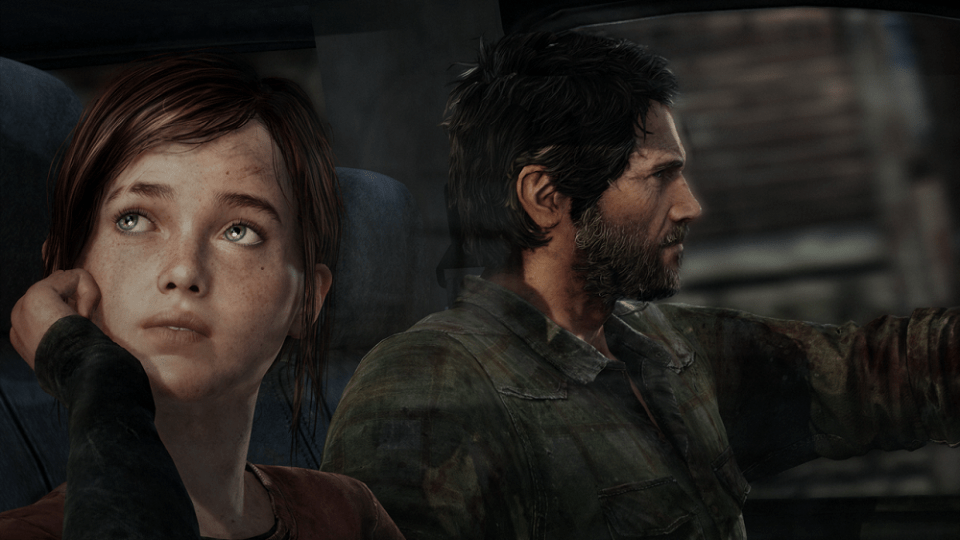 Sound: Voice acting is top notch and the lip syncing is some of the best I have ever seen a game to date.  All of the music is usually slow/sad acoustic guitar or violin music, perfectly fitting to the depressing atmosphere, however, most of the time, there isn’t any music what so ever.  The lack of music forces you to focus on listening for walking enemies or the eerie crackling noise of a Clicker.  Some of the most intense moments are hiding behind something waiting for an enemy to pass, or at least hoping for them to pass.

Multiplayer:  The multiplayer in The Last Of Us is very basic, only allows for a max of 4v4 and only has two play types, team death match and a last man standing. Both modes focus highly on stealth, as even in multiplayer ammo is very scarce and getting the drop on someone is far better than taking pop shots at them from across the map. Also there is a slight story line given for the multiplayer as instead of “leveling up” you are growing your population of survivors, makes you feel that you are actually progressing with something meaningful rather than just getting to level 60 as quickly as possible.  Also there are penalties to rage quitting in a match, which I love.  All in all its not the worst multiplayer experience out there however I just cant help but think they could have ditched it all together and focused even more time on the actual game.

Gripes:  Yes even though I loved the game like crazy there are still a few potholes.  First of all what is up with the pools of blood under dead people? Everything else in the world looks amazingly real but these blood pools feel comical. The human AI is borderline stupid, they will do a great job hunting and flanking you sure, but if you back yourself into a closet or closed room they will just enter one at a time over and over again until you kill them all.  Also they will “forget” about you way to quickly, like 10 seconds after breaking the line of site with them they will give up chase and go into “search mode”.

“There he goes men, behind that desk, get him!”

“Where did he go? We should spread out and find him! You 8 guys go back where we came from I’ll carry on this way alone”

This situation happens all to often and can easily make the game feel broken if you try to exploit it, especially when there are a lot of enemies.

Ellie is completely invisible to enemy AI while Joel remains undetected. This was an intentional design choice made by Naughty Dog so that her own AI would never accidentally give away Joel’s position. THANK GOD, as there are plenty of tense situations and Ellie (or another partner) will be sprinting past an enemy making tons of noise or even running into them.  Speaking of noise gripes, if you grab a dood and choke him out he makes tons of noise, but its not detectable by nearby enemies (again thank God) but its odd to see, feels off.  I guess with a game made almost perfect its easy to really nit-pick haha.

In closing The Last Of Us is easily Game of the Year and a fantastic swan song for the PS3.  This was one of the first games this generation where I beat the game and immediately started to play it again, with my second play through even more fun and exciting! I will gladly keep this game for years to come to pull out and play again every so often like Final Fantasy 7 or Super Mario Brothers. Yes, I just destined this game to be a classic.