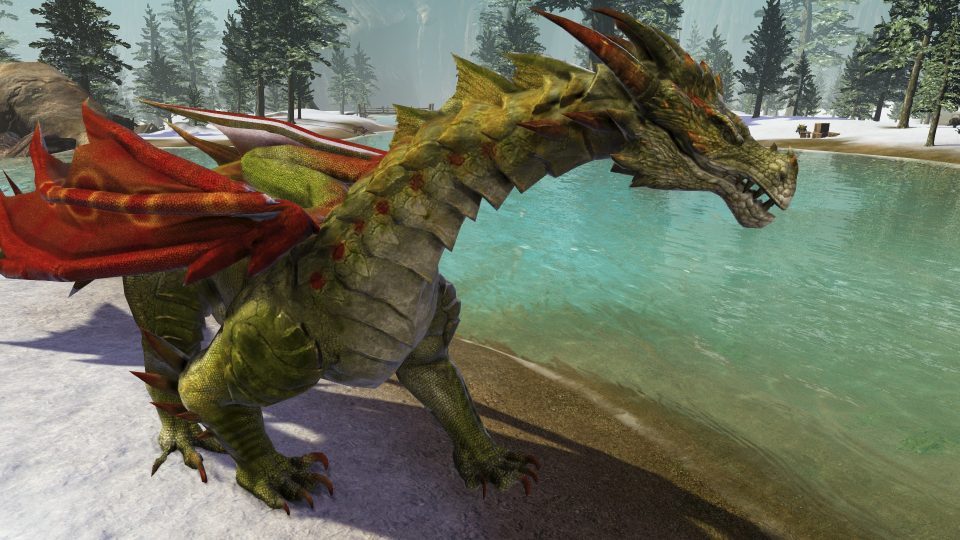 Dragon’s Prophet! DRAGONS! What is this game you say? Well it’s a game made by Taiwanese developer Runewaker, with hundred’s of dragons that you can tame, have fight for you as well as ride. Gameplay is very action based, with the right mouse button working as your standard attack, and left mouse button working as a special attack, which can be cycled through with the mouse wheel. Essentially, every class is what would be a pet class in another MMO, although your dragons get tired, so they can only be out for so long. You get around this by having multiple dragons in your stable, able to be called up at any time. The game also allows you to house up to 96 dragons in your chamber, which aren’t readily accessible in combat. This brings the grand total of the number of dragons you can own at one time to 108. Yeah, that’s a lot of dragons. It’s currently in open beta, so head on over to Dragon’s Prophet to give it a try. In the meantime, check out our interview below.

One thought on “SOE Live: Dragon’s Prophet Interview and Other Shit Too”