Razer likes to bring a concept device to CES, usually falling in the “Meh” category. This year that’s Project Linda . Project Linda is simply a laptop dock for the Razer Phone. The laptop dock is similar to the Razer Blade Stealth, complete with a Chroma RGB keyboard. What it’s missing is a track pad, which the Razer Phone becomes when it gets placed into the dock where the track pad would be.

The dock also includes a hard drive and a battery to charge the phone, but the phone is what runs this dock. The stereo speakers in the phone are also the speakers used in the dock, as it doesn’t have any of it’s own. We’ve seen docks like this before from Motorola and Samsung. 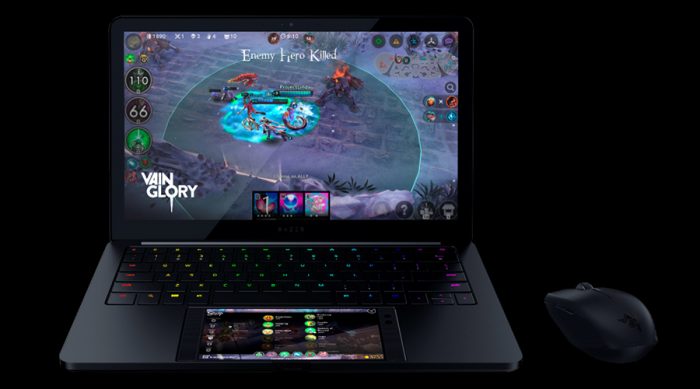 What makes it somewhat interesting is the touch screen on the Razer Phone can function as a second screen, rather than just a touch pad. Still, this is a really safe move, and definitely falls into the meh category.

They also announced some non-concept products as well at CES. First of these devices is the Mamba Hyperflux wireless mouse. The Mamba Hyperflux uses Razer’s new Hyperflux Wireless Power to send power to the mouse through the Firefly Hyperflux mouse pad, with no battery on board the mouse. This allows the mouse to be lighter than other wireless mice, and come in at 96g, similar to a wired mouse. It also has a USB cable in case you want to use it without the included pad. Sound familiar? That’s because Mad Catz announced the same thing last week with their return to life with the R.A.T.Air. 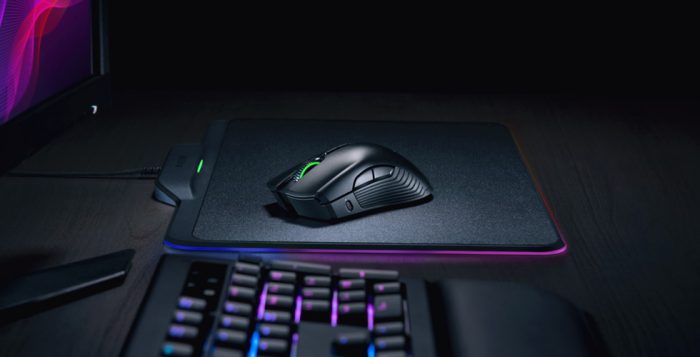 It’ll be interesting to see how these two differ in actual use, and price. Razer’s offering comes in at $250, which is a bit pricey, but less so when you realize it comes with a magnetic RGB mouse pad. It doesn’t look to use Qi charging, so you’re probably out of luck for charging your phone with it. You won’t have to wait long to get your hands on it either, as Razer will be releasing the Hyperflux in Q1 of this year.

Finally, they announced the Nommo Speaker Line, with three different options. All options feature 2 3″ speakers with custom woven glass fiber drivers and rear firing bass ports. The standard Nomma is $99.99, and features 3.5mm jack for connectivity. Stepping up to the Nomma Chroma adds USB connectivity, and well…Chroma, because RGB ALL THE THINGS! That’ll cost you $149.99. 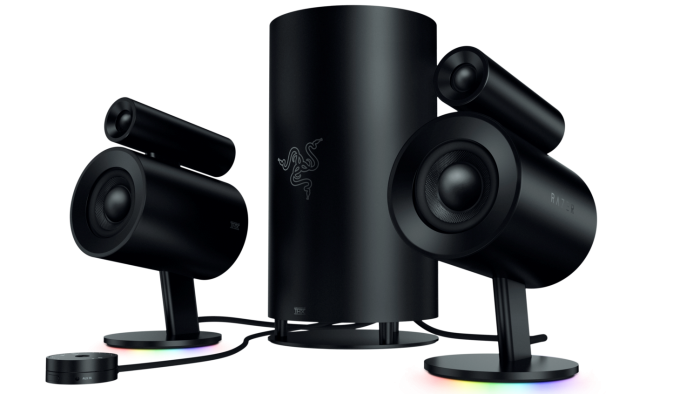 True ballers though go with the Nomma Pro for $499.99. This adds 2 0.8″ silk dome tweeters and a 6″ downward firing subwoofer for all the bass. You also get Chroma, as well as it being THX certified with Dolby Virtual Speaker. Oh, and more connectivity options with Optical and Bluetooth joining the list. The Nommo and Nommo Chroma are available today as well, with the Nomma Pro coming later at a to be determined date.