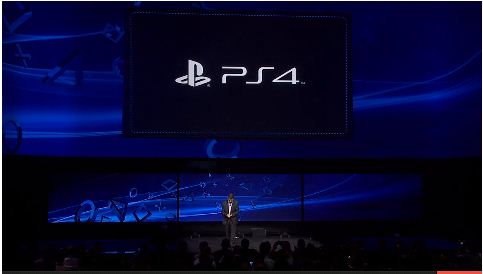 All of the crazy and out there ideas were all conjecture and panned out to absolutely jack.  One guy was almost spot on with the design and you can see the concept and the real below: 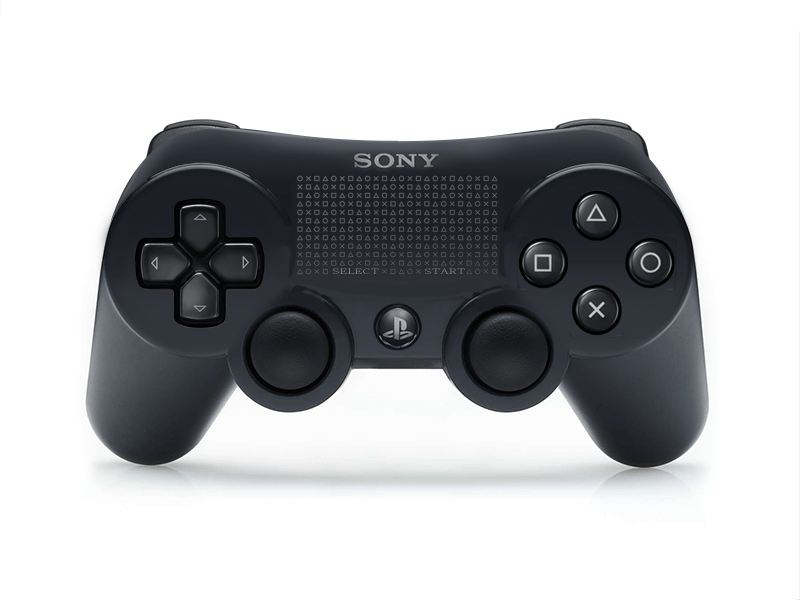 They are keeping the same iconic layout (which I like a lot) and adding in the touch pad and share button (more on that later).  You will notice though, that there is no Start or Select button anymore; will that be done with the touch pad or has that been taken over by the Options button?  There is a built in tracking component, paired with the PS4 Eye, that gives the PS4 Move capabilities out of the box.  Also, a mono-speaker and headset jack for chatting (I wish they would have added the headset jack a long time ago), as well as the standard built in batter.  All in all I’m happy with it and glad they didn’t tweak it too much.

The PS4 is striving to be VERY social and they are going to revamp a lot of aspects.  Now you can not only share screen caps, but you can also video capture and share on the fly (there’s that share button).  You can also allow friends to watch you and interact from anywhere which I see as good and bad.  I used to hangout with friends all the time and we would watch each other play games.  The saving grace for that is that we could only do it when we were together and not whenever we wanted, now there is nothing stopping us from watch any and EVERY game our friends play and I can see a LOT of wasted time in my future.  The console will also connect with Facebook (c’mon, you saw that coming) to allow the “friends” list to be personal, since we’re not all just a weird avatar.

They didn’t go too far in to this but they basically showed how remote play will give you another reason to buy a Vita and that the unit will basically be the WiiU Controller answer for the PS4.  I think the Vita is easier to hold than the WiiU controller and it also will give you the ability to play games away from your main console for about the same price.  Nice one Sony!

This is by far the part that blew me away the most.  Partnered with GaiKai they will utterly decimate the largest hurdle of Digital Distribution, the download time.  As you’ve probably read in previous posts, I HATE DD, like REALLY hate it!  From the store not being updated for midnight releases to having to wait hours upon hours for the download, DD is one of the biggest will be cool… eventually… items that has plagued the market for the last 5 years or so.  With the new PSN, a game will be almost instantly playable upon purchase but not in the traditional OnLive streaming sense.  They didn’t fully say it outright but they will basically start streaming the play from a remote server while it downloads the game to your hard drive, the best part about this being that they will be able to stream ALL PS1, 2, & 3 games to the PS4 without the need for software emulation or expensive older processors (like the Cell chips from the PS3 or Emotion Engine from the PS2), all items that made backwards compatibility possible on older consoles but jumping the price up quite a bit.  A mixture of streaming, traditional media, and DD seems to be the best solution to the problems at hand.

Right at the beginning of this segment they basically said (and this is verbatim), “Sorry guys, while the Cell Processor was awesome and powerful it was a BITCH to program on.  We fucked up but at least we learned from this mistake.”  Don’t believe me?  Read any interview with Gabe Newell when the PS4 first came out, he hated it so much that when it came to porting Portal to the PS3 he gave it over to another company and didn’t give a shit about the LOOONG load times.  Gabe eventually came around but he still never “liked” the cell processor and the hurdles you had to jump through to make beautiful games.  In this area Son has said that they have made it much simpler to develop for and likened it to a PC, even saying that porting a game from the PC to the PS4 will be simple and quick.   I’m happy about this because while I will rant and rave about how the PS3 looks better than the 360, I still admit that the PC always looks the best (it better for the $600-$1000 you shell out on a new video card every 1-2 years).

We know that Capcom is working on a fantasy game (codenamed Panta Rhei), there will be a new Killzone game (this time shown with actual in-game footage), a racing game (Drive Club), a Final Fantasy game (if they don’t come out and say it’s Versus XIII at E3 I’m gonna laugh), Watchdog, and a Myst style game, but not a whole lot of games with names, other than Knack which felt more like a game that just wants to show off physics.  There is supposed to be a lot more released at E3, and I think they did a good job at pacing it like that.

Other than the controller and some specs, they didn’t say much other than x86 PC style architecture, 8GB of DDR5 RAM, and a hard drive.  Any more than that will have to wait for E3 I guess and that’s a good thing.  Sony used this chance to get a jump on Microsoft in talking about Next Gen while also giving them the possibility to keep people from buying a Mario and Zelda portal (WiiU).  Plus, they also need people to have a reason to actually show up and pay attention to their E3 keynote.  Now that we know the console will be out in time for X-Mas, E3 will be the birthplace of the physical console and it’s pricing (which I know I will tune in for).

All-in-all I was pretty pleased with the presentation.  It  gave you enough information to be excited while still keeping you in the dark until E3.  Be sure to check back in with us for more information as it’s available.