We finally know when Pokemon is gracing the switch, and what it will be called. Pokemon Let’s Go, Pikachu! and Pokemon Let’s Go, Eevee! comes to the Switch on November 16th, 2018. The Let’s Go in the title? Yup, it works with Pokemon Go. Let’s Go see us returning to the Kanto Region of the first games, Red and Blue, and eventually Yellow. More specifically, this is a recreation of Yellow, which saw you getting Pikachu, who would follow you, just as Pikachu follows Ash in the anime. In Let’s Go however, you have the chance of getting Eevee instead, depending on the version you get. These starter Pokemon will hang out on your head or your shoulder throughout the game as your partner in crime.

The control scheme for Pokemon Let’s Go uses a single joy-con, which utilizes the motion control to throw poke balls. You also have the option of buying a physical poke ball controller to use with the game. As you only utilize one joy-con to play the game, that free’s up the second one for a friend to use, as the game supports local co-0p. Your friend can join your game and help you capture pokemon and take on trainers. The connection with Pokemon Go allows you to bring in your Kanto region Pokemon into Let’s Go, or send gifts to the Pokemon Go users. They hinted a special Pokemon is yet to be revealed. That’s all we know right now, but are hoping to get a closer look at E3. As someone who grew up playing Pokemon Blue and Yellow, trading cards and watching the anime, I’m pumped to finally dive back into a Pokemon title, as I never did get a DS. Kanto region is an added bonus. 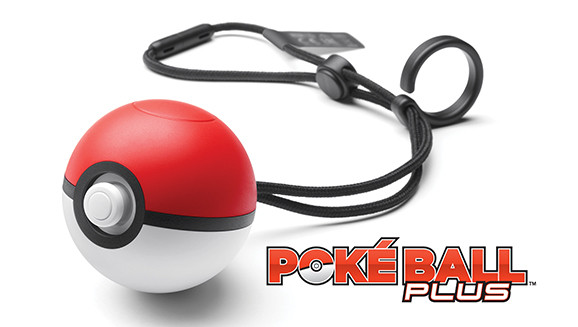