Jason and I had the chance to sit down and play NASCAR Heat 2 and came away very impressed. NASCAR Heat 2 comes out on September 12th, 2017 for Xbox One, PS4, and PC. It does feature wheel support, however our play through was with an Xbox One controller hooked up to a PC. The most impressive take away from our demo is support for up to 40 players in online multiplayer and local split screen. If you don’t have 40 players to play with, you can fill in the open spots with AI. The AI is really impressive as well, where they will actually react to your driving rather than just hold a predetermined line. 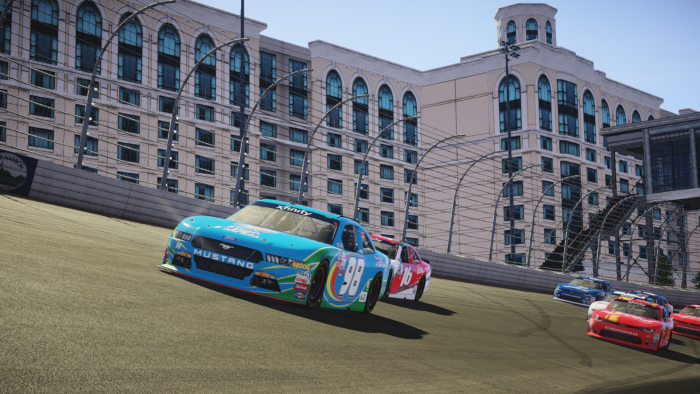 You can also add enough assists to make it drive like an arcade racer, or turn them all off and get the full sim experience. There also comes to play the strategy involved with when to pit, how much gas cans to fill up for and if you want to change 2 tires or all 4 tires. This adds an additional element to the game as you make the call for a shorter pit or do you get more fuel and fresh rubber to be able to run faster laps and make up lost ground. 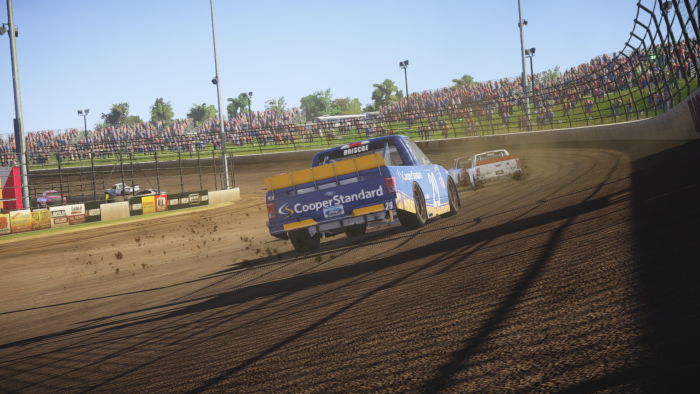 Also new this year, they have added the NASCAR Xfinity series and NASCAR Camping World Truck series to join the Monster Energy series that was available in NASCAR Heat Evolution. Adding in the truck series is a welcome addition as it adds the Eldora Speedway dirt oval. Racing the trucks around Eldora Speedway was the highlight for me as I drifted my truck around the course. 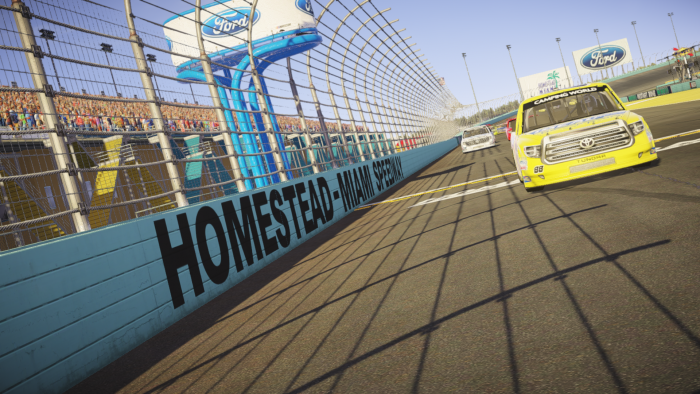 All in all, I came way really impressed with NASCAR Heat 2. If you are a racing game fan, and especially a NASCAR fan, I would highly recommend picking up NASCAR Heat 2. They really added a lot to the game over last year’s release, and the 40 player online multiplayer alone makes for an impressive release.