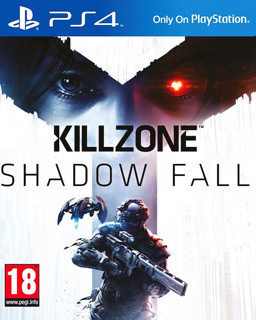 Time to Beat: About 18 hours on hard with cheap deaths

Available on PS4 only

Unfortunately when Killzone first came out on the PS2 I was overly engrossed with other games and never played it. Since I missed the first game I always just skipped all subsequent releases since I never really wanted to go back and play the original (I’m a completionist like that) Well since this is December (the slowest month in gaming) and the PS4 has about 4 games to play right now I figured this would be a good jumping on point for the series as any.  Killzone: Shadow Fall is the next gen shooter made specifically for the PS4 and while I cant say its the best or only FPS on the PS4 I will say it was a nice way to eat some time.

Graphics:  Lets get the big one out of the way first.  Graphically the game is astounding, much like my review of Knack the game is jaw droopingly clear and crisp and almost forces you to stop and take in the sites.  Some levels actually used the further draw distance to its advantage with multiple stages involving space walks and free falling.

Gameplay: Aside from being like any other FPS out there, Killzone Shadow Fall’s use of the Dualshock4 touch screen was nice.  With a swipe of the touch screen you can command your “OWL” or “Drone buddy” to change what tactics it uses, like Shield, attack, stun or zip line.  Also I had a lot of fun with the changes to the tactics needed on each level, some levels were stealth heavy, others were fetch quests while being bogged down by suppressing fire, escort missions while floating in space, and of course just good ole run and gun.

Sound:  The guns sound great and fit their look, I actually prefer Sci-Fi style guns over realistic ones, as they can be more “showy” and the boom of explosions was definitely evident.  The voice work is well done and matches with the characters well.  A nice gimmick to the PS4 is whenever you find an audio log in a level the log will start to play through the Dualshock4 mini speaker, kinda cool.

Story:  Typical FPS, with the basic “go here and kill things before we can move to the next area, where you will kill things” mentality. Thankfully Shadow Fall is able to stand on its own, so there is no need to play the previous games (unless you want to).  However the ending leaves the game feeling flat and pointless, even with its “twist” ending.

Overall Killzone Shadow Fall is really your best choice in FPS for the PS4 right now  especially since I’m not a fan of the BF series and Ghost is crap (as far as single player game goes)  The graphical “wow” factor is well worth the time, besides its either this or one of the other 4 games out right now #hurryupfebruary