Square Enix is developing a JRPG for the Nintendo Switch with the working title Project Octopath Traveler. The team working on this title is the same that made Bravely Default and Bravely Second for the 3DS. What immediately attracted me to Octopath Traveler was the art style, which Square refers to as 2D-HD. Watch the trailer below from last week’s Nintendo Direct and tell me that this game isn’t beautiful.

After watching that, I knew I needed this game in my life. The art style alone was enough to sell me on it. Good thing they released a demo Thursday night so I didn’t have to wait too long. I did have a camping trip this past weekend that I left for right after work on Friday, but luckily being a Switch exclusive, I could play it on the way up the mountain as my roommate drove. Lucky me, as what I got was some great RPG goodness to enjoy before setting up camp. 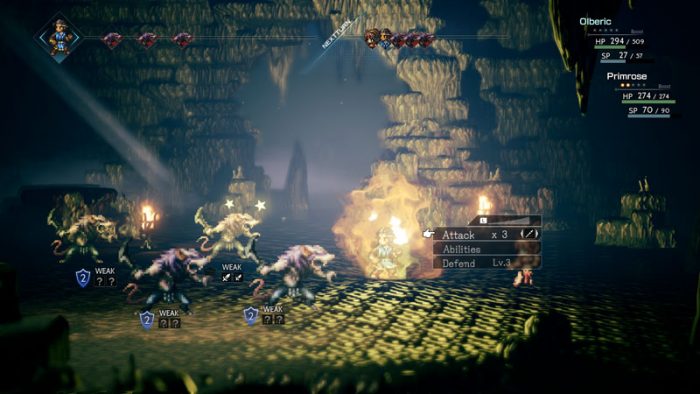 So, other than being a gorgeous looking JRPG with a strange name, what exactly is Octopath Traveler? In Octopath Traveler you play as one of 8 protagonists, each with their own story and special abilities. In the demo you can play 2 of them, the ex-Knight Olberic and the dancer Primrose. I played through both stories until completion and enjoyed the differences between the 2. This will definitely be a game where you can replay it as each of the characters. Each of the characters has a special ability referred to as their “path”, hence the name Octopath. Olberic has the ability to challenge anyone to a duel, which in the demo I was able to challenge a drunkard in the town’s tavern who wanted me to loan him money to buy booze, in which he promised to repay me when his daughter made some money. After I knocked him senseless, his loan shark appeared and told me the story about how he lost his business and became the deadbeat father he is today. He said me knocking him around might have been the wake up call he needed. A little later I saw his daughter on the street who was overjoyed that her father had sobered up and got a job. Primrose on the other hand can allure people, convincing them to follow her where she can lead them into a trap, or call them into battle with her. 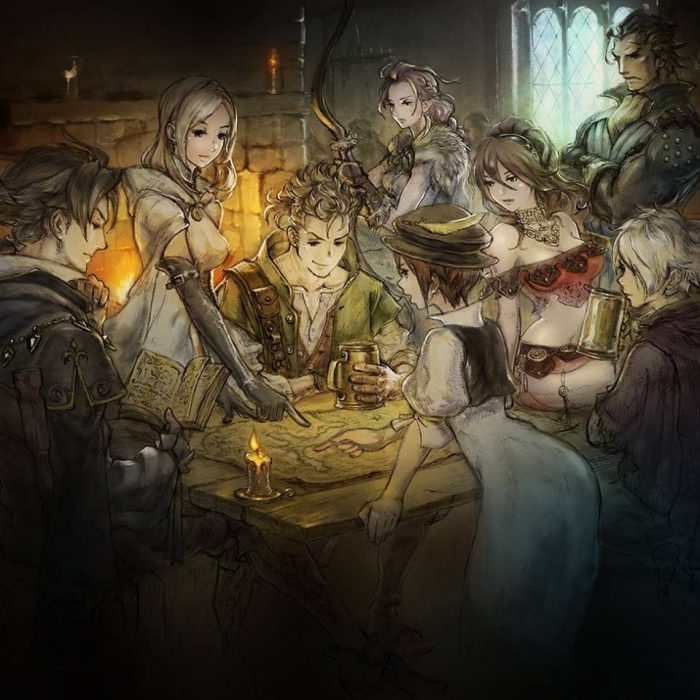 The combat in the game has a boost function, where each turn grants you one level to your boost gauge, which you can stack up to 3 to create a more powerful attack. In addition, enemies will have a shield next to them with a number, as well as icons showing what they are weak against. It is up to you to figure out what they are weak against by experimenting with different weapons, which you can choose for each attack by swiping left or right with the d-pad. You can also use your abilities, which in the case of Primrose, use magic. Each attack with what the enemy is weak against lowers the number on the shield by one, by stacking your boost you can increase that number. Once their shield number reaches zero, they “break” in which they become dazed and can’t attack for a turn. In the boss fight with Primrose, the boss was weak against her standard attack, but not her magic. However, her standard attack did very little damage, and her magic dealt a lot of damage, so a balancing act was achieved to use her standard attack to daze him, then unleash fury with her magic. 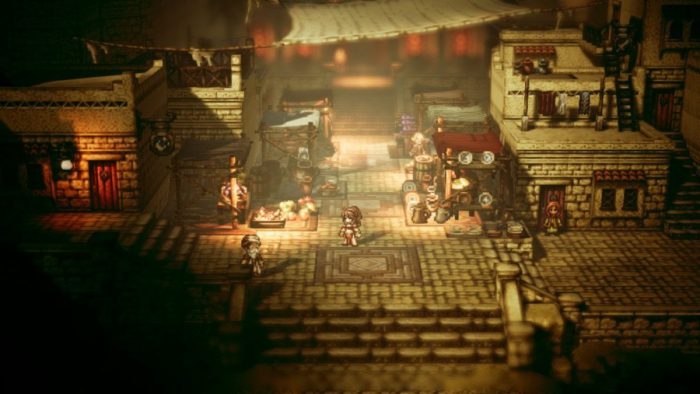 The demo did have some small hiccups though. While the game is voice acted, there were times when I thought there should be voice acting beyond the mere couple words that didn’t match the text bubble. Then there were times where multiple people were talking at once and the text bubbles would overlap, concealing some of the text. These are small gripes though, and should be easy enough to fix, at leas the text bubble one should be. I thoroughly enjoyed my time with the demo and can’t wait to see more of this game. I’m really interested in seeing what the other characters are going to be and how they play. Hopefully we don’t have to wait long into 2018 to check out Octopath, but as always, we’ll be sure to keep you informed.