The Ultimatest Battle, which looks to be a 2D team based shooter in the aesthetic of Worms has released on Steam today, complete with a new launch trailer.

Ultimatest Battle is a free to play title, complete with micro-transactions, however, they promise that it is not play to win. In fact, Nicolas Eskenazi, game designer on the project, said “it is important to stress out that paid content in the game does not increase the players’ character strength or level. The Ultimatest Battle is an Anti “Pay to win” game and Ediogames bring fairness into the gameplay and between players when it comes to in-game purchases.” 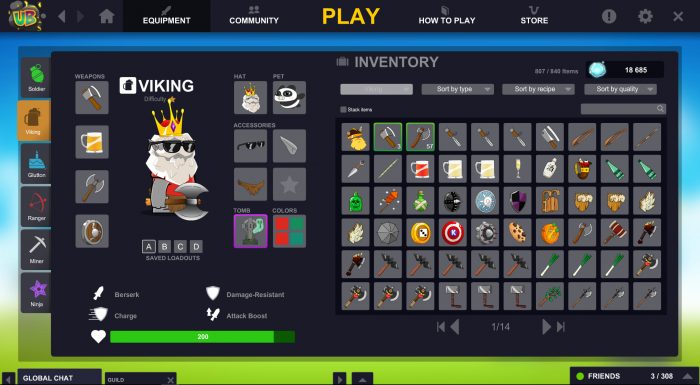 There are several game modes, with traditional ones like deathmatch, zombies, and capture points. They also have a VIP game mode similar to what you may have played in Rainbow Six games, this time with the VIP being a Princess. Ediogames has also added in the ability to form Guilds and trade between players. I’m looking forward to diving into the game and seeing just how this all works, and as a fan of the Worms games, I definitely dig the aesthetic they went for. I’ll be checking out this game out in depth soon, so be sure to check back for a full review. In the meantime, you can read the press release below. 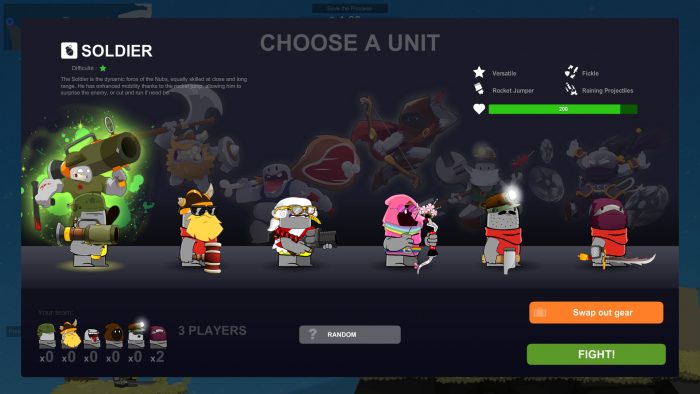 Paris, September 12, 2017 – French Independent studio Ediogames is proud to announce that team-based arena shooter “The Ultimatest Battle” is now available on Steam. The Ultimatest Battle (UB) is a free-to-play fast-paced addictive competitive 2D real-time arena shooter blending elements from the best strategy, shooter and arena brawling games such as Worms, Team Fortress 2 and Super Smash Brothers. The result is a unique content and experience where players rely heavily on their technique and coordination to blast their way to victory.

In the “UB” universe, players embody small zany characters, called “Nubs”, who are armed to the teeth and possess various weapons depending on the character’s class. While progressing through the game, each “Nub” gradually builds his arsenal, increasing the gameplay strategy level when the choice of weapons becomes critical.

“We are very excited to bring the UB experience to an English speaking audience for the first time. Since the beta was launched in France, more than 30,000 accounts were created and we are eager to receive new users’ feedback from all over the world, says Nicolas Eskenazi, game designer at Ediogames. Furthermore, it is important to stress out that paid content in the game does not increase the players’ character strength or level. The Ultimatest Battle is an Anti “Pay to win” game and Ediogames bring fairness into the gameplay and between players when it comes to in-game purchases.”

Players compete as a team in various game modes in a 2D environment almost entirely destructible :

Ediogames emphasize the importance of community by giving players a variety of tools to evolve in a universe where the social element is encouraged. All battles are played cooperatively; certain game modes are also based on the survival of a character designated at the start of the game.

EXCHANGES BETWEEN PLAYERS
The trading system allows diverse internal trade between players. A special game mode is even devoted entirely to exchanges so that players can trade peacefully.

THE GUILDS
The Guilds are groups of players who battle under the same banner. Any player can join an existing Guild, but to create one he or she must be (at least) level 10 and hold a Premium account.
Join the Ulitmatest battle community on Facebook, Twitter
Discover all our videos on Youtube

The Ultimatest Battle is free to download on Steam here :
http://store.steampowered.com/app/669580/The_Ultimatest_Battle/

About Ediogames
Ediogames is a young independent gaming studio based in the Paris region. Our team comes from various backgrounds, combining different skills to create and offer fun, quality content through its projects. Founded in July 2012, our team is made up of friends immersed in the video game universe, whose complimentary profiles and personalities helped get our studio started. Putting an emphasis on honoring fairness between players, Ediogames’ first release “The Ultimatest Battle” is a Free to Play non-Pay to Win game where technique and cooperation are essential to leading your team to victory. Wishing to satisfy its community, our team is attentive and remains accessible and open to debates (plus, we’re super cool).