What, you thought a fancy new keyboard was the only new thing I got? Well it wasn’t. I also happen to be the proud owner of a TL80 from Bloody. Yup, I replaced my entire keyboard and mouse set up, thanks E3 for realizing my shit was crap! The TL80 is your standard gaming mouse, with a back and forward button on the side, and some buttons in the center to change the macro mode.

So, what’s the deal about the TL80? Bloody might say the Light Strike technology in it. Yup, the same on in the B740A keyboard I reviewed. That’s what they might say, but for me it’s the metal feet. They claim the metal feet to be more durable than standard mice feet, but even if it wasn’t it wouldn’t make it any less awesome. Gliding a mouse with metal feet on a mouse pad has to be experienced. It’s almost like it just floats across my mouse pad it slides so well. It’s damn near orgasmic. I don’t think I can ever buy a mouse without metal feet ever again.

Then there’s what Bloody builds into every product, and that’s macros. I was told at E3 that one person took the time to find the recoil of a gun in an FPS and made a macro that every time he would shoot, that it would move down the precise amount to counter the recoil. The mouse itself has 4 different macro modes that you can switch in between. Switching between them is easy enough, and the mouse wheel lights up in different colors to show you which mode you’re in. Unfortunately, switching the mouses DPI on the fly suffers. 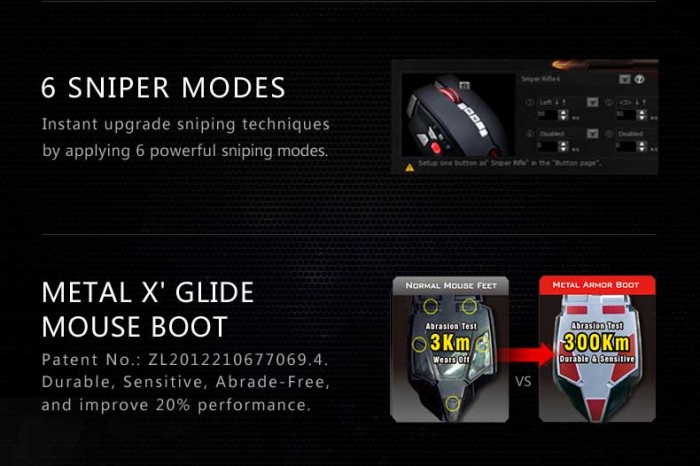 The mouse is capable of running at DPIs of 800, 1000, 1200, 1600, and 8200. In order to switch between them, you [Edited: Ok, so Bloody reached out to me and corrected me. There is an easier way to change DPI. Double tap 1, n, or 3 and the scroll wheel will blink, then you can use the scroll wheel to change the DPI. Simply hit 1, n, or 3 again to lock it in place. Still not as easy as my previous mouse, but a lot easier than what I was doing.] Not the easiest or most precise thing to do. I much prefer Thermaltake’s up and down button to switch DPI on the fly. 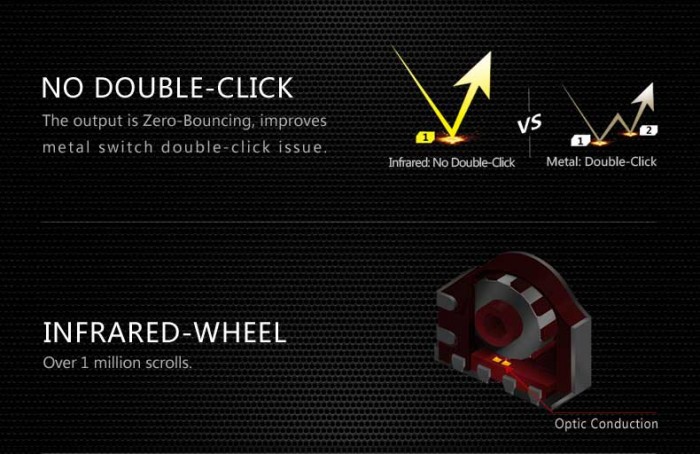 While switching the DPI on the fly may be a pain, that’s really the only drawback of this mouse, and the metal feet more than make up for it. I sampled the Razer Deathadder Chroma, Naga, Logitech’s G602, G502, G303, and Corsair’s M65 before writing this review. Out of that lot, I’d skip the Razer’s completly, and then it comes down to feel and button layout. They are all fairly similar in that regard, but only the TL80 has those sweet sweet metal feet, so it wins hands down.