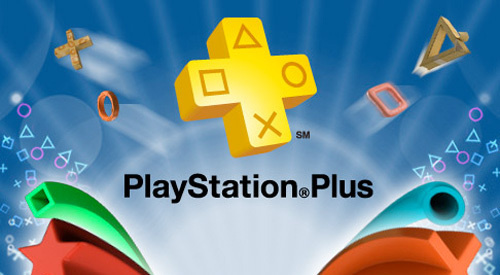 Ok, so I’ve been on the anti-PS+ side of the fence for quite a while, but a series of events has lined up to convert me to actually finding the service worthwhile.  about 3-4 weeks ago I had the extremely unfortunate luck to have original PS3 die, almost exactly 5 years to the day of launch.  As anyone will attest, money and PS3’s do not grow on trees.  Since it happened to die so close to the holiday season I decided to wait until Black Friday to purchase a new unit.  This was probably one of the most excruciating months ever for me because I use my PS3 for EVERYTHING.  I play games all the time (which this happening explains why all of my posts have been about news rather than reviews as of late), I watch Blu-Rays and I stream Netflix and music.  I guess the amount of use that it received would explain why it died as well.  I was happy that I had replaced the HDD for a 500GB model about 6 months prior, so I knew that that was in working condition, but little did I know that migrating from an old busted PS3 to a new one is not as easy as one would think.  Click READ MOAR for the rest of the story.

My basic thought process was that you would be able to just replace the HDD with the old one but then it dawned on me that almost all of the interior hardware is different from the Fat to the Slim.  Knowing that thought process doesn’t work with PC’s I resigned myself to the fact that I would have to reformat my HDD and lose the data.  But Eric, you ask, doesn’t Jason have an original PS3 that is the exact same model?  Why yes, intrepid reader, you would be correct; but unfortunately life is not that simple.  As I found out all PS3 drives are encoded to only work on each specific unit, making it unable to be transferred from one to the other.  The drive is also not in a conventional computer format so you can just hook the thing up to your computer as well.  Whether Sony did this to keep themselves from getting in trouble with the copyright police or just to piss us off is unknown, but the short and skinny of it is that I’m pretty much fucked.  This is the part where you’re probably asking yourself,  “what the hell could be so important on a game system HDD that you’re anguishing this much?”  The answer is 2 simple words, SAVE DATA!  That’s right, every game that I’ve ever played is lost if I cannot access the HDD.

This is where the PS+ system comes in to play.  I had already accepted the fact that I was screwed and there was nothing I could do about it, and miraculously I remembered how all that save data got onto my 500GB drive in the first place.  You see, my old 60GB died just after the PSN was restored from the hacking debacle in May ’11.  At this time I, like every other PS3 user, took advantage of my free 30 day trial of PS+ that came with my Welcome Back package and explored everything that I could; including the save data backup tool.  I never actually purchased PS+ after the trial, but little did I know that it was going to save my gaming past from annihilation.  Since my new PS3 came with another free trial I entered the code, after hooking up the new console, and low and behold all of the save data that was uploaded into their system was still lovingly saved by Sony.  While this was missing all of the games that I have played since the beginning of July, it still has 4.5 years worth of save data archived for me.  In my opinion now, this feature alone is worth a PS+ account.

Now there are a lot more perks to being a PS+ member than just the save data, if you don’t already know.  You get early access to some DLC, you get discounted pricing for downloadable games and DLC, you get select games for free every month and you get to do a free 1 hour trial of many games as well, but the save data backup is the one that is less talked about and not given the love that it so rightfully deserves.  You see, Sony will archive that data for you as long as you has a PSN account, not just as long as you pay for a PS+ account.  Even if you don’t want to continually pay for an account, it’s worth it to sign up every once in a while to back up your data.  Sure, you can use the backup tool built in to the PS3 but this feature keeps you from getting pissed when you forget and things go terribly awry on you.  While your ensuring the safety of your precious data you get a bunch of perks that will make you feel better about it.  And hey, it’s still cheaper than an XBOX Live Gold Membership.

15 thoughts on “Why life sucks when your PS3 dies and Playstation+ is actually worth the money!”