With the closed beta being last weekend I was finally able to get my feet wet and experience what The Division is about on the PlayStation 4. 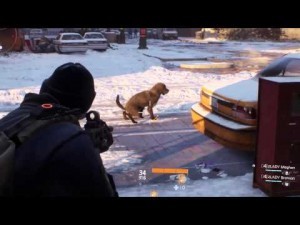 The first thing I will note that this game did an excellent job with is the graphics. The amount of detail that the developers put into this game is incredible, from being able to close car doors to seeing a dog shit in the snow, this is what next gen games are all about.

The character and weapon customization is what you would expect from an RPG, from being able to custom the clothes that you wear to the attachments on your weapon. I was able to notice difference between the how my weapons handled whenever I added an attachment to help with thing such as stability or accuracy. From the small amount that was included in the beta I was able to test out a variety of different weapons for each of the categories assault rifle, light machine gun, marksman gun, submachine gun, shotgun and your side arm. 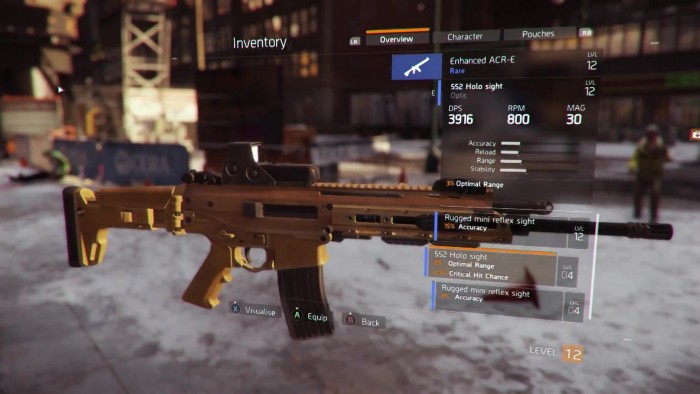 My favorite weapon of choice so far is the marksman rifle which ranges from a bolt-action rifle to a semi-automatic assault rifle, I preferred the semi-automatic rifle as opposed to the bolt-action. My secondary however jumped between an assault rifle and a submachine gun depending on which one I had the best of at the time. Each weapon allows you to customize the paint skin applied to it and based on the type of weapon you could also customize the following: Optics, magazine, muzzle and under barrel.

Majority of the character role-playing aspects such as perks and skills were locked down. They only allowed you to choose between four different abilities which were a heal which you could fire to another location if you needed to heal an ally, a ballistic shield which gave you mobile cover, yet still allowed you to use your pistol, a recon sensor which showed if there were any enemies within a specific radius around you and highlighted them on your screen and a sticky bomb which you could fire and then remotely detonate. During my adventures I mainly used the heal and the recon sensor as the sticky bomb felt underwhelming with regards to the amount of damage it inflicted and I did not care to have to use my pistol with the shield.

The main attraction for the beta was the Dark Zone which is The Divisions PVP area. Unfortunately, during my play time, I was not able to in a group with my friends as I mostly played when they were not online but I was still able to fully experience the Dark Zone on my own, just with a little more heightened awareness of other players around me. 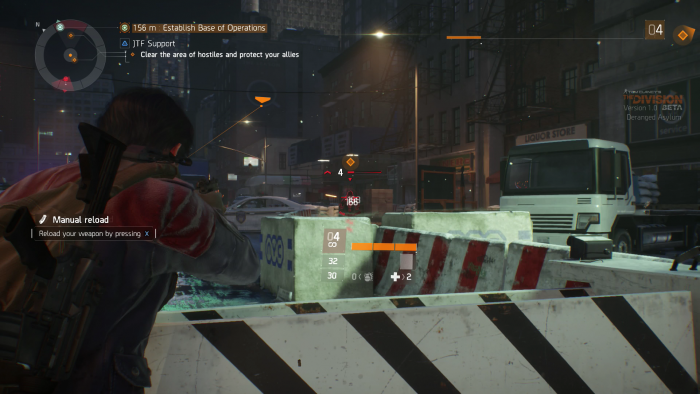 In the Dark Zone when you attack another player you get marked a rogue. When you go rogue anyone else can freely attack you without any consequence and when you get higher enough in the rogue status you will be visible on the map. What makes going rogue worth it is whenever you loot an item in the Dark Zone it is considered contaminated and before you can use it you must extract it at specific locations. If you die before extracting the items, you are carrying you will drop them and any other player can come by and collect on your misfortunes.

I will be honest; it did take me a little while getting used to the controls but I credit this more to me not having played a shooter on my PlayStation in a while than to the actual controls of the game.

The combat in this game was very fluid throughout the beta, however the AI could use some tweaking as there were times they would just stop in the middle of running between cover and shoot at me. Hopefully this is just due to the beta taking place in the lower levels (level 4-8). The game could also use for higher spawn times and more NPC’s throughout it that were roaming around, especially in the Dark Zone but this could just be due to the developers pushing people to PVP. At least let us all hope that is the case.

Even though the beta left an impressive lasting impression of a complete game with regards to the gameplay, visuals and controls, I am still weary of how much content there will actually be on day one due to rumors of the game only containing 10 missions and support a maximum of 24 players in the Dark Zone per instance.

Add in the fact that if you followed Destiny it is highly likely the game will be released for the normal price of $60 after all of the DLC has been released. Because of this I will be waiting till after the game is released to make my final decision on whether to pick this up.

One thought on “The Division Closed Beta Preview”