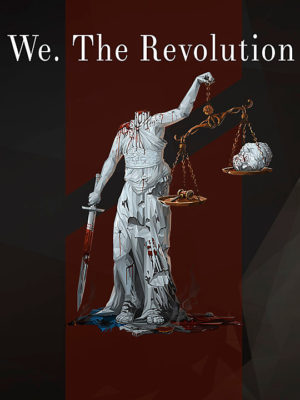 Set in post-revolutionary France, this game has you play as a mid-level judge working his way up the food chain through tactful decision-making and relationship building. The object of the game is not to get yourself killed and gain power in the process. Vive le France!

Assuming the Nintendo platform vets all of its submissions, you would think a modicum of testing goes into that vetting, or at least some standards regarding testing must be met by the company submitting a game. However, looking at Nintendo’s developer portal, it is not apparent what the process for vetting games is on their end. Without registration, the site lays-out six steps game developers must go through to submit their game, none of which seem to include any kind of review process:

Since it is not easy to find out how Nintendo determines which indie games it allows to be sold on its platform, one can only assume that there is a cursory content review, but probably not any sort of QA (quality assurance), as that onus is put on the developers themselves to not release a game ridden with bugs.

That being said, my first play-through of We. the Revolution by Polyslash was going smoothly, the story was enjoyable and, despite the awkward controller interactions at times, I was preparing to write a glowing review filled with screenshots of the beautiful art panels and scenery throughout the whole game.

Then, I encountered a bug.

Not only did this bug replicate itself multiple times, but was unaffected by making different choices before said bug appeared. The bug appeared in both handheld and console mode, and was replicable at least four times. I would have loved to continue playing this game, but it was impossible. I was unable to make it past the first chapter of the game, which is fairly early on in its content. Writing a review with just this amount of the game’s content under my belt felt insincere, so I waited to hear back from their developers about this bug.

A cursory internet search of known bugs with the game reveals a Steam forum thread seemingly posted by a Polyslash developer asking for reporting of known bugs. I am hesitant to include specifics here, because it seems a lot of the issues that PC users encountered in playing this game had mostly to do with out-of-date drivers (common), but also a lot of black screens instead of cutscenes, sound errors, and in multiple cases, users cannot even get the game to launch. I chalk many of these issues up to end-user problems. However, at the last page, I see it. MY BUG! AND IT HAPPENED TO A PC USER! IT’S NOT JUST ME!

Act 1 Day 8. I’m at a screen that is ‘Waiting for further developments’ I’m spreading rumors. The hour glass is turning. I’ve chosen the diplomatic option. I hit the back button and nothing happens, there is no way out of this screen and no way to progress.

I was able to replicate this bug at least four times. We reached out to the developers regarding this issue but received an automatic reply email saying that person no longer worked there, but that our message would be forwarded.

They have yet to respond to this most recent post by thehistorysage2 on the Steam forums thread regarding their bugs, either. Hopefully, they are working on a fix. Otherwise, this gamer recommends you hold-off on purchasing this potential gem of a historical drama game.

IBIF Podcast 128 – If I Could Turn Back Time