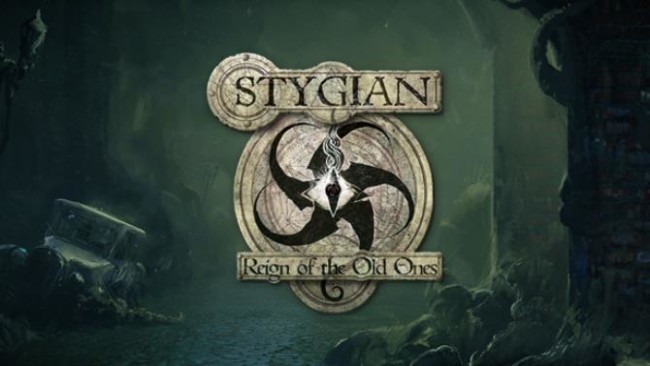 Stygian: Reign of the Old Ones

$29.99
"Delve into a role-playing game of horror, loss and madness set in the strange worlds of HP Lovecraft. Stygian: Reign of the Old Ones offers a mix of rich role-playing and turn-based tactical combat, represented in an illustrative visual style. Can you find salvation in a dead world?"

I have never claimed to be ubiquitously talented at video games, and this game certainly pushes me to my limits when it comes to skill. I am no detective either and am easily frustrated to boot. Ironically, I chose Investigator as my archetype with a background as a former detective for my playthrough of Stygian: Reign of the Old Ones. A direct and hand-drawn love letter to H.P. Lovecraft and our Grandfather and lord eternal, Cthulu, Stygian encompasses all the feelings I want when I play a horror game: fear, disgust, frustration, exasperation, exhaustion, and desperation. Don’t get me wrong, I am not complaining or being sarcastic. These are the emotions I expect from an RPG set in the horror genre. I also expect flowery and over-dramatic language from Lovecraftian-centric content, and nothing delivers more. You begin the game choosing from multiple classes which give you advantages and disadvantages in various parts of the story, such as psychology, allowing you to manipulate individuals you talk to into getting information, or speechcraft, allowing you to use your charisma and public speaking skills to get in and out of places other characters may have to fight their way into. You have many character customization choices to make at the outset and more as you shape and grow your character throughout the story. Your gender, age, archetype (class), belief system, and stats are all customizable. The aesthetic is very 1920s New England, and the entire story is set in Arkham, Massachusets, which was prominent in Lovecraft’s writings as well as others in the Cthulu Mythos. There are also tentacles and images of squid everywhere: on the buildings, in the water, even decorating every UI. It’s truly beautiful and inspirational, especially since this game is completely hand-drawn. The combat system is also a point of contention for me. It has a high learning curve and even after more than a few encounters, I still feel like I have only a little idea of what I am supposed to be doing. The first battle has no tutorial and was initially confusing. Some things are obvious, such as range markers indicating accuracy, etc., but others, such as ‘should I even be fighting these guys at this point in the story?’ seems to be a common thought I had while engaging in combat. You are often able to start combat encounters before you are supposed to in the story, which is fine because otherwise I would consider that to be handholding. However, with little to no guide as to what you are supposed to do next at certain story steps, it can be extremely roundabout and boring when you are literally talking to every NPC again, going into every shop again, going through every note in your inventory, and scouring your journal notes for any clues to try and find something that will progress your story if you are stuck. I pride myself on being a critical thinker and intelligent person but there were a few times in this where I was very lost, and taking the time to try to figure it out was simply not enjoyable. However, the payoff when you do figure it out pushes you to continue in your investigation, so I played on. I will not fault this game for my own inadequacies. However, a tutorial for the combat system is really necessary. There are probably nuances to it which I will never be aware of, and do not plan on putting in the hours to figure them out on my own. At least initially, some of these things need to be spelled out. Also, as I appreciate the freedom in the inventory system, it is perhaps too free. Rather, it is difficult to procure additional cigarettes (currency) when you need it later if you have accidentally wasted it on things you did not know you would not need…essentially limit the items you can buy based on what part of the story you are in, or at least give weapons as drops. Something to give a bit of lee-way with mistakes. If you buy or sell one wrong thing, it will screw you over for a while, if not the entire game. In fact, I decided to restart solely on the poor inventory management decisions I had made in my first playthrough, which you can see in my highlight videos on Twitch. Overall, I recommend Stygian: Reign of the Old Ones. If you are a Lovecraft fan, this game is a must for your collection. And for the RPG crowd, it has two things that RPG players appreciate and often crave: an immersive story and lots of exploration.

Life at a maid café isn’t as easy as serving tea. Newcomer Nagomi must do her best to elevate the…
January 04, 2023 0 Comment

Life at a maid café isn’t as easy as serving tea. Newcomer Nagomi must do her best to elevate the…
December 06, 2022 0 Comment