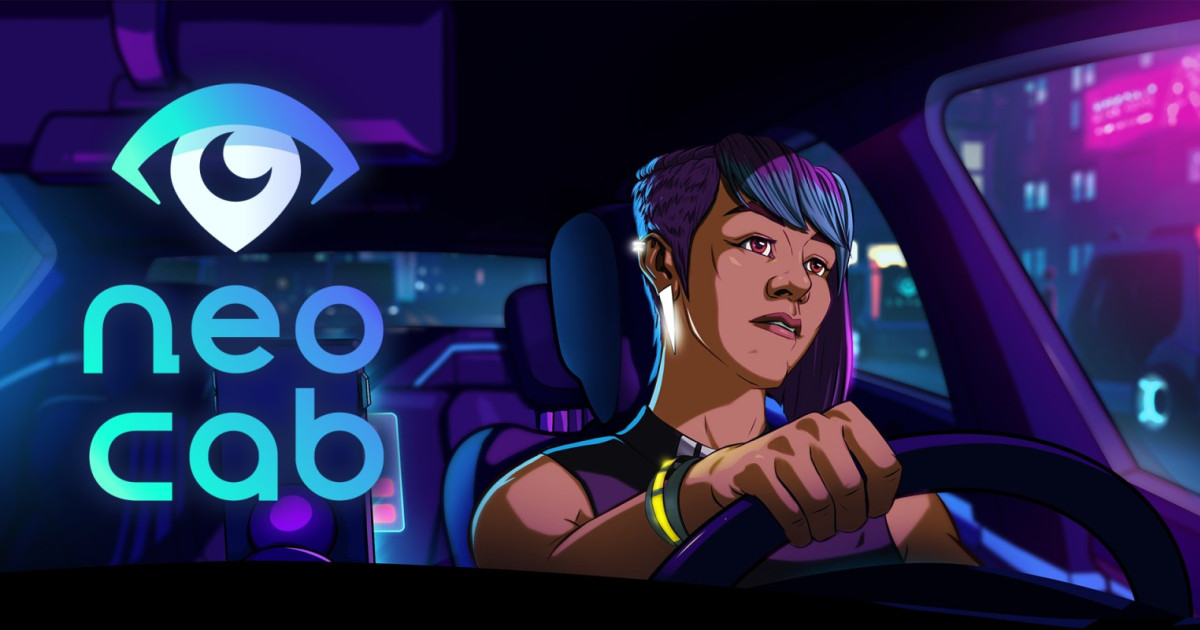 $15
"Play as Lina, the last human driver-for hire searching for her missing friend in the neon streets of Los Ojos. In this interactive story, you’ll meet unique passengers during your nightly shifts, each with their own clues and secrets, if you can get them to share." -Chance Agency

Let me begin by saying I myself understand and have accepted that cars are a fleeting technology and that their days in at least the modern urban environment are numbered. However, is our society ready to face that thought? I believe so, and Neo Cab does just that. It confronts you head-on (no pun intended) with this very concept: cars are a finite technology. 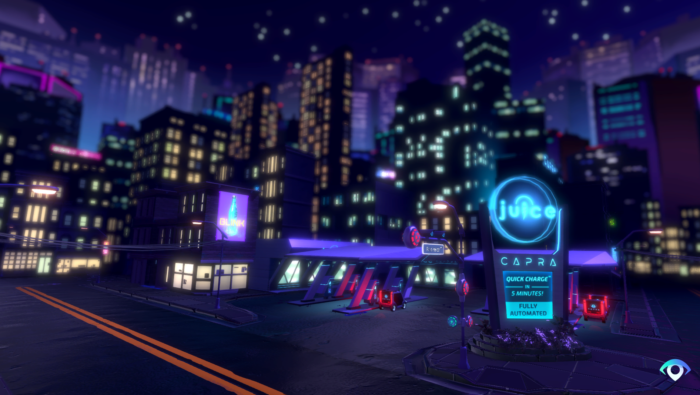 There are many reasons to not have a gas-powered car or to pursue other methods of transportation, but this game focuses only on three thought camps: completely anti-car, anti-human-driven cars, and anti-AI-driven cars. It pits these three mostly clashing viewpoints within the frame of the experiences of a rideshare driver who has recently arrived in the Los Angeles-type city of Los Ojos, presumably in the not-so-distant future. 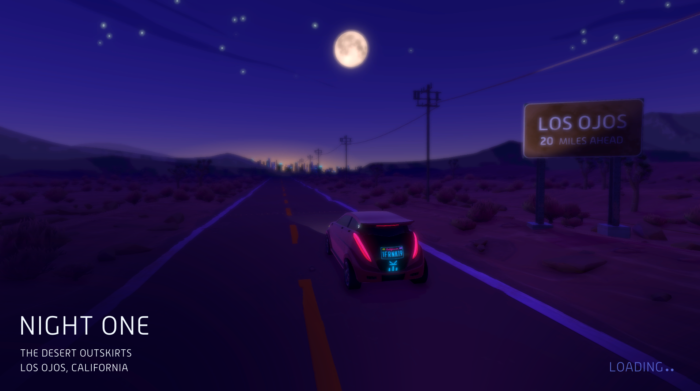 In the future, according to Neo Cab, human drivers are being slowly replaced by these self-driving cars, all owned, controlled, and developed by the ubiquitous corporation, Capra. It seems to be a combination of many different contemporary companies such as Apple, Google, and self-driving car AI developers. 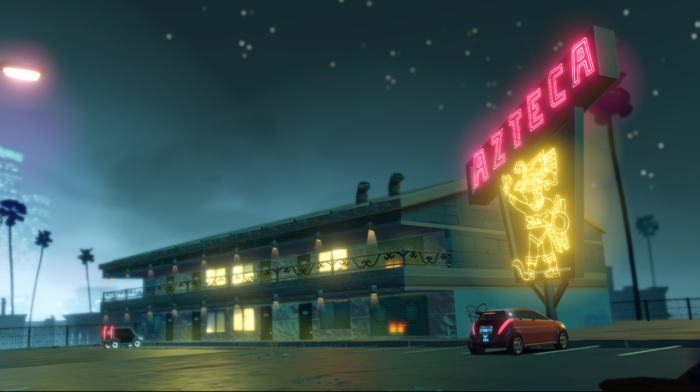 It portrays all three viewpoints in positive and negative lights in order to achieve balance in gameplay but has a distinct anti-car feel and you can tell where the passion lies. That is to say, nothing is wrong with this. The game makes no apologies about making you face these issues from varying perspectives, and that is absolutely wonderful and extremely important as citizens in our modern world. 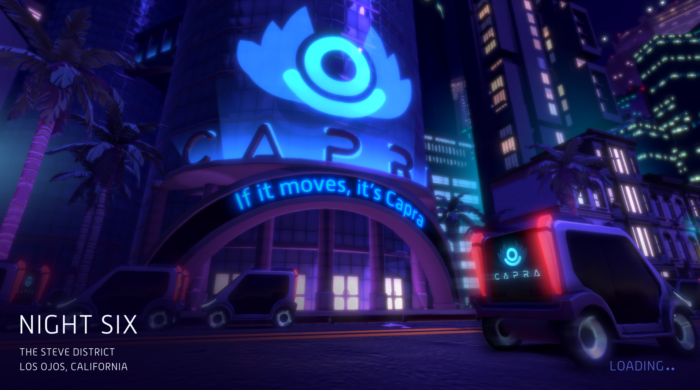 From a gameplay perspective, I was always relaxed and never bored by the dialogue and story progression. The game has a very beautiful color palette, excellent art direction, and an amazing soundtrack by Obfusc (soundcloud.com/obfuscmusic). I also enjoyed the framework of a rideshare driver as a platform for progressing a visual novel game and thought it gave it more life than many others in the genre. My only complaint about the story progression was that the final scene seemed to drag on for much too long. Perhaps it was my choices leading me in endless dialogue circles, or perhaps I exhausted every option except the one that allowed me to continue the story. Regardless, it took probably more than ten minutes to resolve the climax scene, however interesting it was. 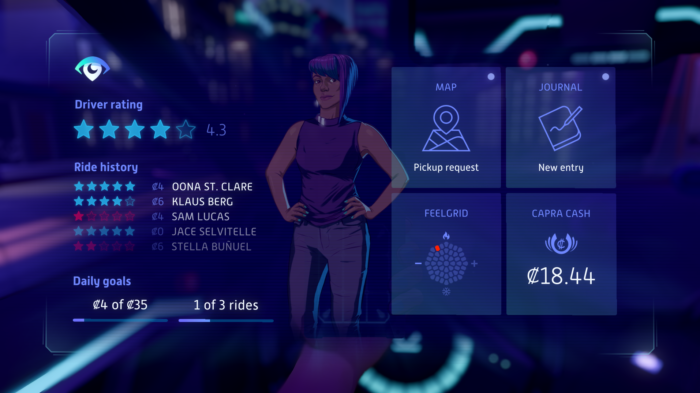 According to Creative Director and founder of the Chance Agency, Patrick Ewing, there are three different endings, each with its own “distinct flavor” that also has “a large scale story effect that stems from the choices you’ve made along the way, and the emotional skills you’ve shown off in the final scene. There are also per-character endings for certain [passengers] who you’ve formed deeper relationships with.” I won’t spoil the ending I played, but if you would like, feel free to watch my stream’s highlight to see how it played out. Somewhat disappointing, but at least it resolved the story. 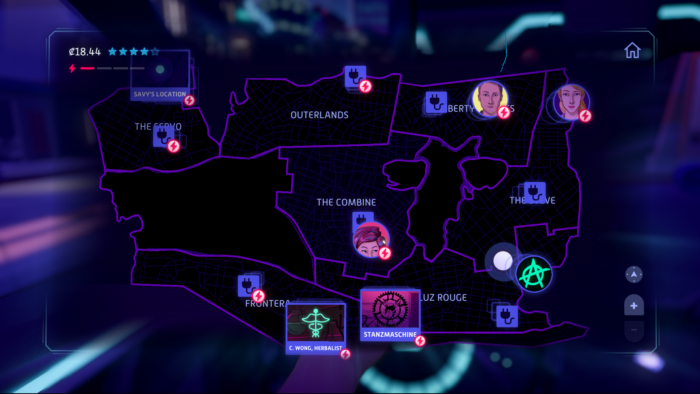 Regardless of your feelings about cars, this game has a great grasp on the issues that humanity will have to face sooner rather than later.  The only thing keeping Neo Cab from being reality, at least in part, is time. 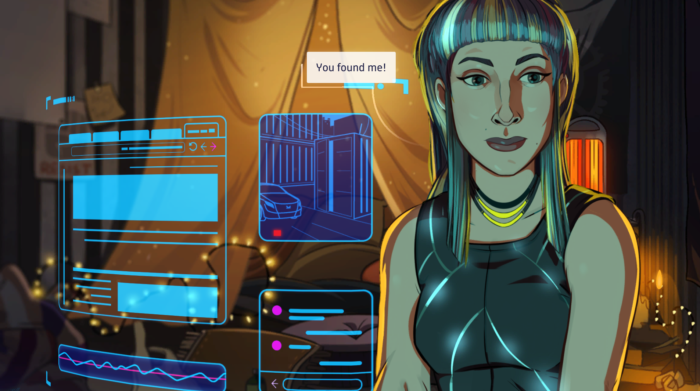