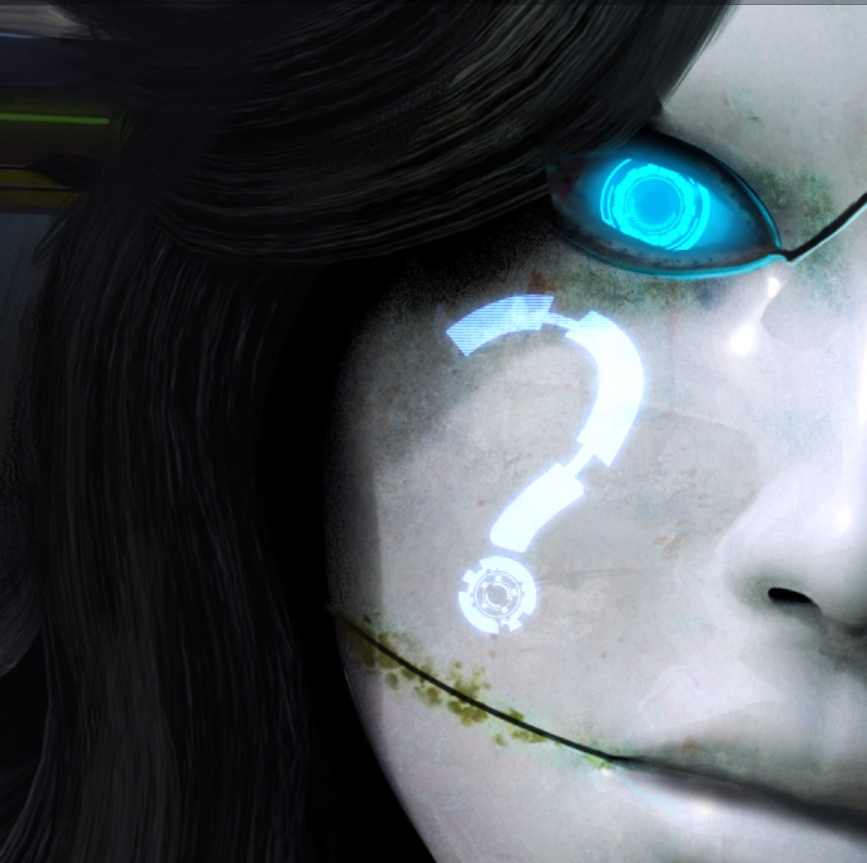 I have never played a visual novel game like this and was not sure what to expect. I was mostly drawn to it by the screenshots, showing a cyberpunk dystopian world in a rainy vignette with neon reflections. A game made by eight people is an impressive feat no matter what type of game it is, and this is no exception. Minotaur was funded through Kickstarter and is in early access on Steam. Its character art style is definitely anime-like and has a catgirl A.I. character that follows you throughout the path of the first story arc for the character named Nod. 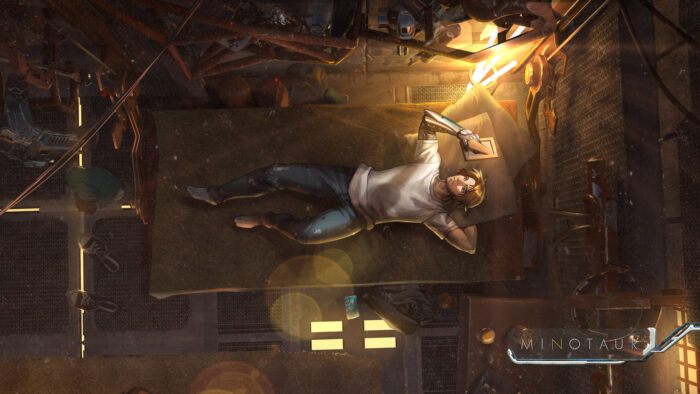 Nod is the definition of a typical “nice guy” fedora flipper, and his story path does him no favors to try and change that initial impression. Luckily, the end of his path is satisfying and brings closure to his storyline. It also unlocks the ability to play Thea’s path, which I believe is the next to be released (and hopefully is out soon).

I was interested to discover that there is a prequel novel for this game called Red Crown which is available for free on the developer’s website and that Minotaur and the prequel novel are part of a fully fleshed-out universe called Kyos in which the U7 Committee has chosen to develop all of its current content. It also seems to have a shooter-type game in the works called The Fall of Kyos, “an ambitious role-playing shooter set in the open world on continent of Kyos.” According to the website, the game is not yet in development.

The game also has a lovely soundtrack, but I am afraid that it does not fit the cyberpunk genre at all. It fits the anime and visual novel genre perfectly, but as a fan of cyberpunk and dystopian-inspired music (and other media), it really does not deliver. However, if you enjoy piano music with some excellent vocals, this soundtrack delivers. 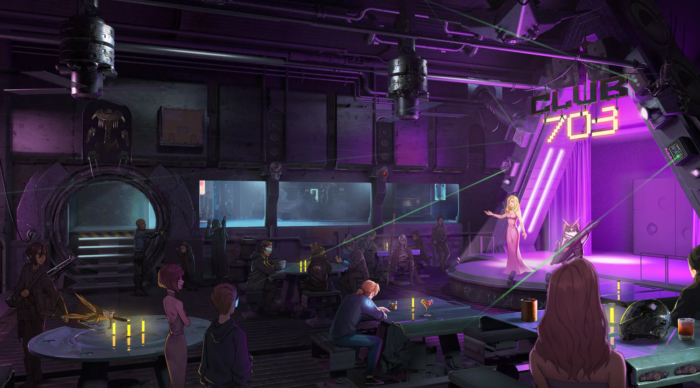 As far as gameplay goes, this is an adventure game that is all point-and-click and has no skill-based gaming mechanics (which would be strange for the type of game it is, so this is not inherently a bad thing). Minotaur is a mystery-type visual novel, as previously mentioned, and you are meant to explore your environment fully in order to progress. At times, it leads you frustratingly in the final correct direction to only make you go back just for the sake of going back. However, this is only awkward in a few places where it is used as a mechanic and, for the most part, does not send you on many wild goose chases. 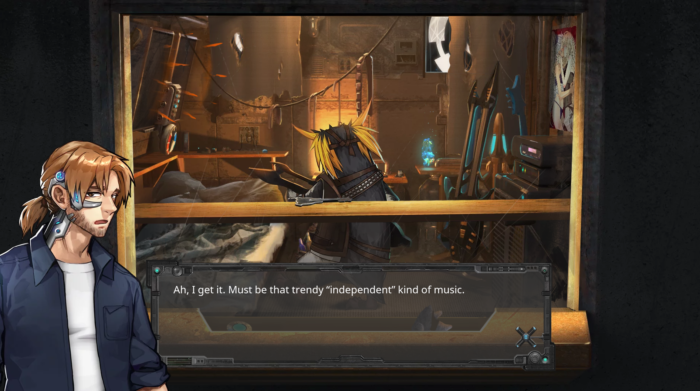 The only other complaint I have is that if you do not use the hotkey which shows interactable objects, you spend a frustratingly long amount of time hovering your cursor over everything on the screen which ends up turning it into a hidden object game. Luckily, I am not about that life, so I used the hotkey the moment I discovered it existed (after going through all the options menus of course, which is something I recommend doing when first playing any game, for what it’s worth). 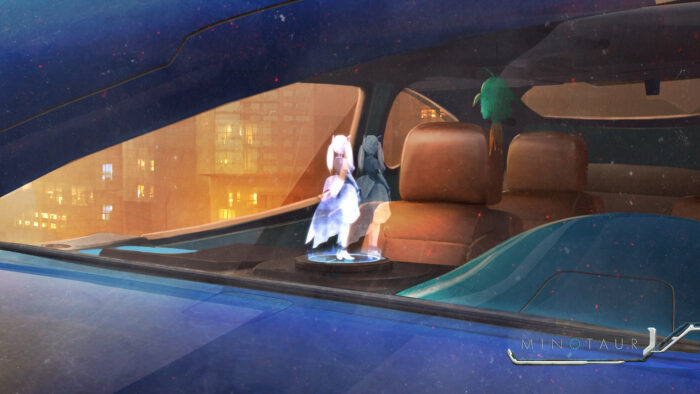 Overall, as a newcomer to the gaming genre of visual novels, my expectations were none for this game, aside from the hope I would be playing a somewhat interesting story through a beautiful cyberpunk world, as the screenshots suggest. If you are a fan of non-dating-themed anime visual novels, the cyberpunk aesthetic, and catgirls, this is an excellent addition to your Steam collection. Also, it’s in early access so if you purchase it now, you will get the additional character story arcs as they are released.