$24.99
An open-world farming adventure RPG set on a tropical island.

Fans of Stardew Valley and Harvest Moon, save your money! What, you thought I was going to immediately plug the farming game because it’s a farming game? No! Farming and exploration sims have a lot to live up to these days, especially in the family-friendly genre. They have Minecraft to compete with, as just one example. Regardless, an indie game should know that kids don’t want to spend the majority of their gameplay traveling from one place in-game to another, and that’s the main experience I had when playing Stranded Sails. 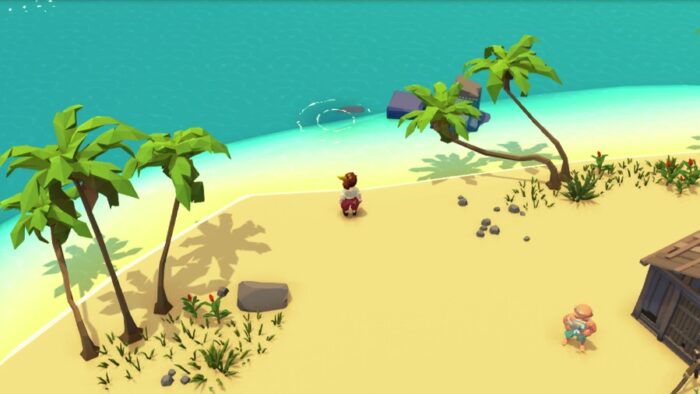 The graphics are beautiful and very calming, but the frustration of spending most time in-game watering plants individually (and often accidentally twice because the controls for Xbox are a bit hinky) essentially makes the game a chore rather than something casually fun. I really do not enjoy bagging on new and indie games, but the traveling system in this game is too arduous and boring. 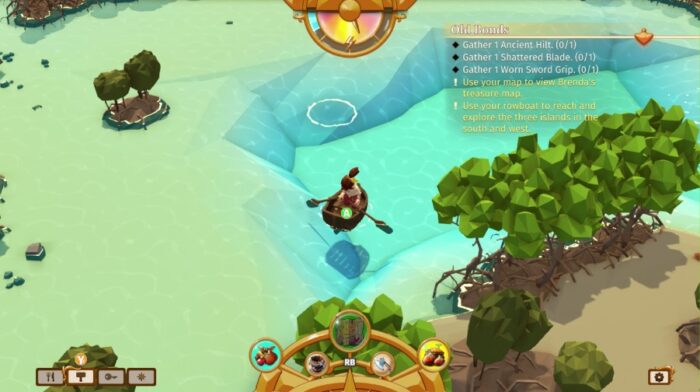 Once you make it to your destination, you refill your energy bar with the food you were able to bring with you (also limited), and then have maybe two minutes of exploration before you “pass out.” This ability to explore improves as you continue exploring, but it is slow-going. There are times when the game handholds you into where you are supposed to go, and other times it does not offer you any explanation for how to proceed (see: having enough energy, food stores to make it through the cave to get the sword pieces). 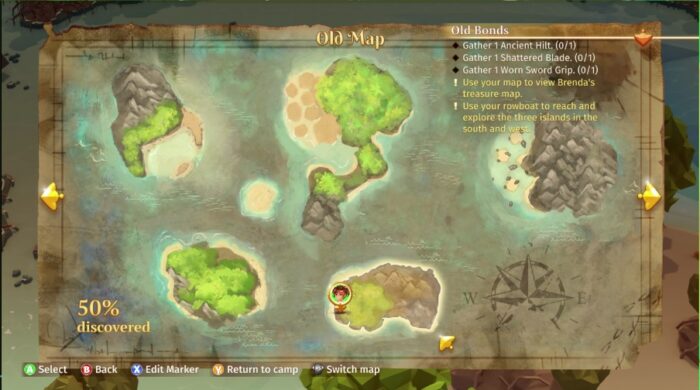 I can’t stress enough that “kids these days” (and really everyone, let’s be honest) has the attention span of a gnat, and this game did not hold my attention simply due to the fact that it seems to enjoy wasting your time rather than trying to teach you how to use it more efficiently (you know, the traditional aim of resource management survival and farming games). It punishes you for seemingly low-energy tasks and does not reduce your energy equitably based on task. I am aware that there was a recent update which improved the energy drain when walking and running, but it’s still ridiculous, and it’s still annoying, and I’m still thoroughly bored. 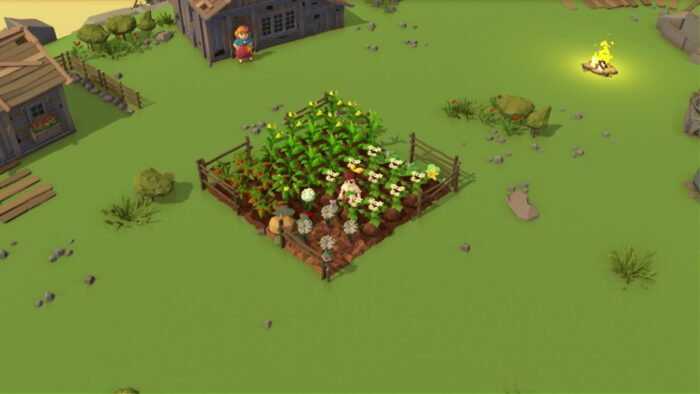 I will give it this, though. The environment is absolutely stunning. That, the fishing system, and the item access controls are the only serious positives I can give this game. The food recipe discovery system is a bit convoluted and forces you to discover a specific recipe rather than letting you discover them randomly, or as you assemble them properly. The component items must also be in exact order, a strange requirement for a game that is overly simplistic in other areas and is supposedly all-ages. I do not recommend this game unless you or your kids are really into the idea of being shipwrecked. 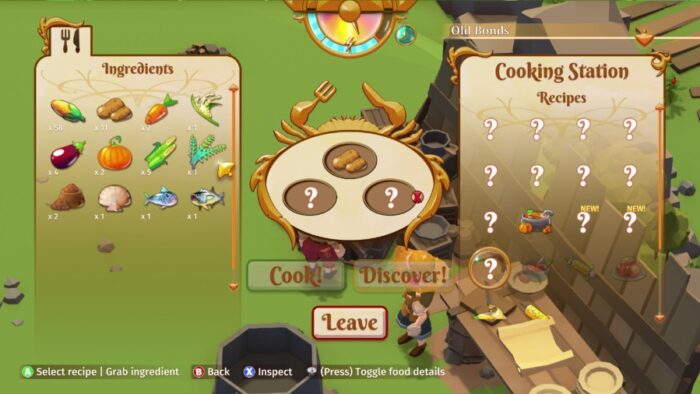