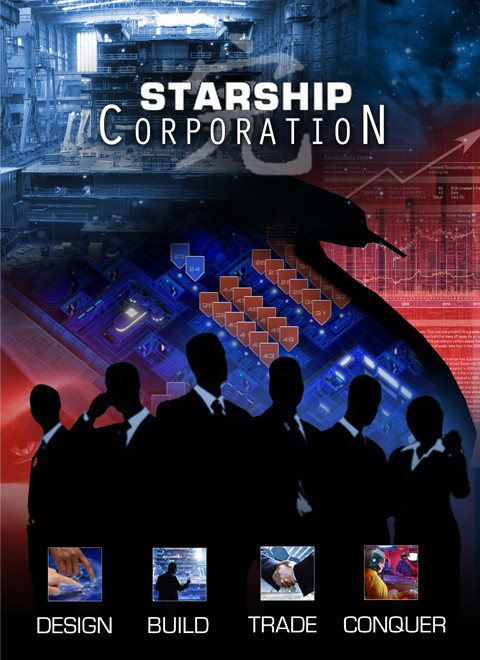 $19.99
Starship Corporation is a starship-building simulation game in which you must design and build spaceships for the hugely demanding galaxy-wide market. It is you who must decide which technologies to invest in first, where to open new shipyards and where to establish new markets.

We previously told you that Starship Corporation was leaving Early Access on my birthday, May 3rd, and now we can tell you how it is. First thing you should do when booting up Starship Corporation is go through the tutorial. Starting from the beginning and you’ll start with a general overview before diving into every section.

The tutorial will walk you through sending your ships out for mining missions, research missions, and completing contracts in the galaxy map overview. Then you’ll dive into researching new technologies so that you can complete contracts you are not currently equipped to fulfill. Doing the research is only part of it though, as then you’ll advance into designing a ship to fulfill the contract. This is where Starship Corporation is at it’s most in depth. The ship design tutorial section alone is roughly 30 minutes, as you start from a bare chassis and place everything from the engine to the escape hatches. Power plants, sick bays, crew quarters, stairs, everything needs to be placed on the grid layout between the multiple levels of the ship chassis. Once you’ve completed the design to a point where the ship can properly function and meets the requirements of the contract, then you can go into simulation mode and perform crew management. It’s the simulation mode where you’ll get your ships rating, allowing you to beat the competition. Now that you’ve completed the exhaustive tutorial, you are ready to start the game. You start off by choosing the name of your company and CEO, then answer a series of questions that set up the game world. Each question has 3 options to choose from. You answer questions about the game world that determine how much money you start with, your credit limit, how good the auto-resolve in the crew management simulation is, and finally, your win condition. Your win condition can be reaching a certain amount of capital, building the first race ship to win the Trans-Orion race, or unlocking all technology. Then you enter the Galaxy map, where you can build new ship yards, select contracts, send you ships out on mining, research, or combat missions. You can also jump over to ship design or research windows. Once you are satisfied, you hit End Quarter to end your turn, as this is a turn based game. The game will then auto save and show your quarterly report with how much money you have made or lost. Not all systems are connected, so you’ll have to send your personal ships out on research missions to establish trade routes before you can build a shipyard there and start bidding on that system’s contracts. Starship, like any good turn based strategy sim, is a slow game that you’ll end up spending way too much time in before you realize it. I recommend Starship Corporation for anyone who is a fan of 4X turn based strategy games, as you’ll be well tuned to the pace of the game and what it takes to win. If 4X strategy games aren’t your thing however, then this game isn’t for you, as that’s exactly what it is. Instead of running a country, you are running a corporation, which in the future could very well be the same thing. 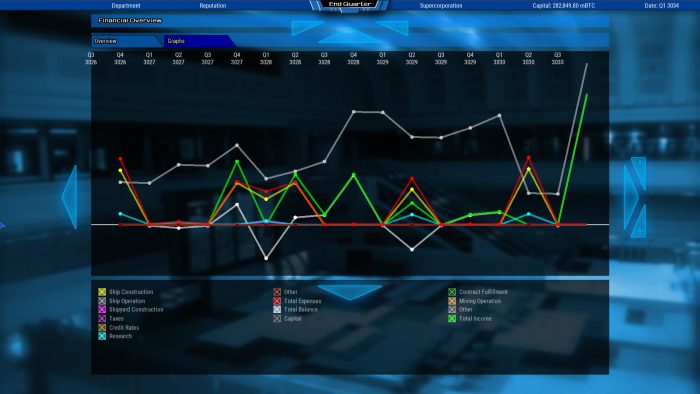 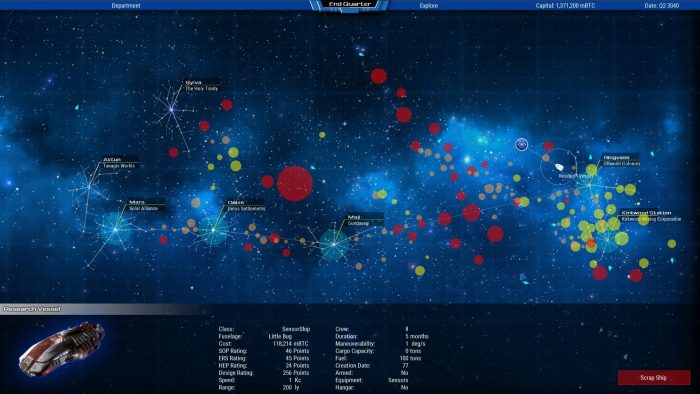 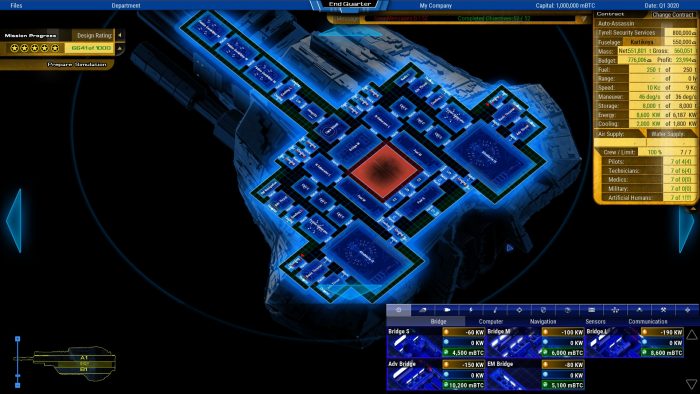 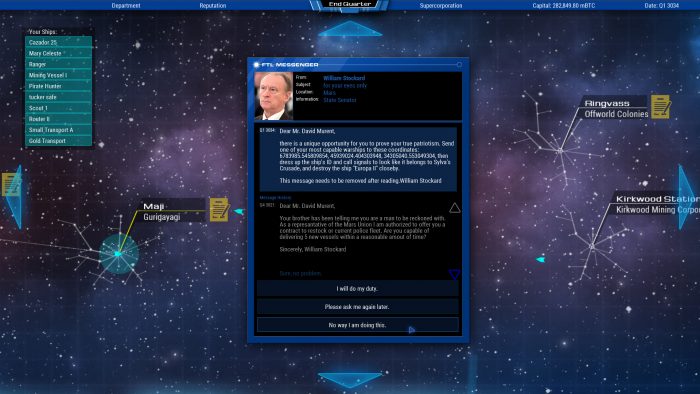 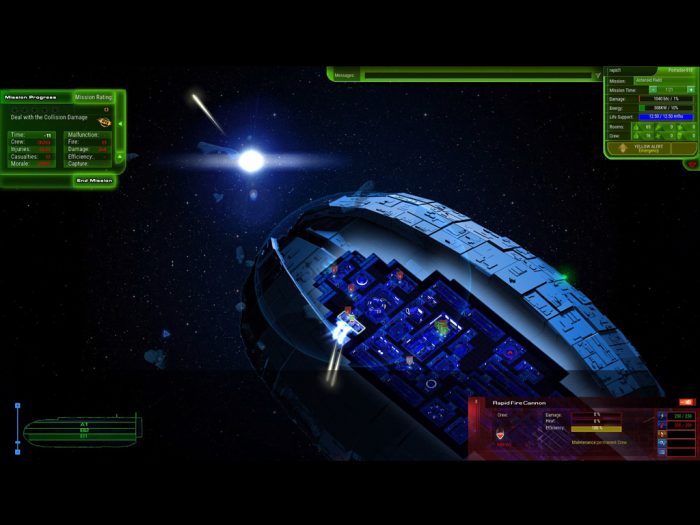