Just like the release of any new console, the release of the SNES Classic Edition opened the door for new accessories and controllers to hit the market. Nyko wanted us to try out their new Super Mini Boss for the SNES, so they sent one on over. What did I think of the contoller? Well, here’s my unfiltered review.

First off the controller is almost the exact same size as the original SNES controller, which is a very good thing. It has a flat back, instead of slightly angeled, but the SNESness (I’m making that a word dammit) is still there. The best part about this controller is the fact that it’s conpletely wiress, with just the need to put a dongle into one of the 2 controller ports on the front. Being wireless is HUGE becuase the controllers that come with the unit do not have the longest cables, infact they’re actually shorter than the original SNES cables. This shorter cable makes playing the SNES Classic a pain in the rear, but thankfully Nyko is there to help us out. In fact, my living room is about 20 feet deep and I never had a hiccup during play. The wireless capability kept the console from crashing to the floor as my crazy son played with it as well.

Build quality is top notch, something I’ve come to expect from Nyko, and the battery life is great. The buttons are very responsive and Nyko even built in a way to return to the home screen without having to get up and hit the reset button on the console (just hold the Select and Turbo buttons down for 3 seconds). I never really used the Turbo button functionality, but that’s ok because it was never that great of a function on old consoles anyway.

The only downfall that this controller has is the physical shape of the buttons. While they are positioned exactly as the genuine article, the normal SNES buttons are round & smooth while the Mini Boss’s buttons have more edges and lines. This may not sound like much, but if you thumb rock from button to button like I do you will definitely feel it. It’s not like it’s painful but it’s definitely not as comfortable as the stock controller. That being said, this thing could slap me in the face every time I paused the game and I would still rate it a MUST BUY because of the sheer fact that it’s wireless. If you have a SNES Classic, do your self a favor and grab one or 2; you’l thank me for it. 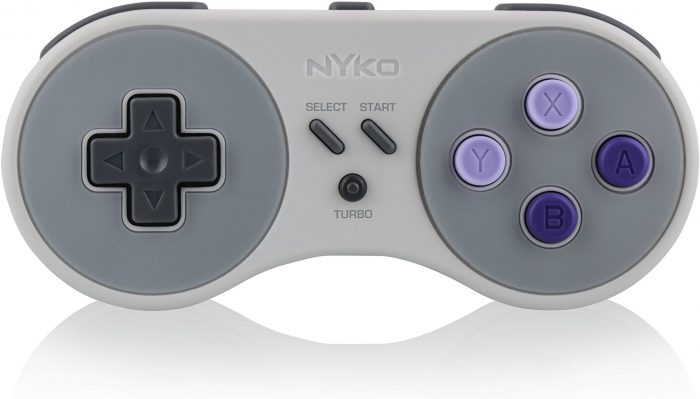 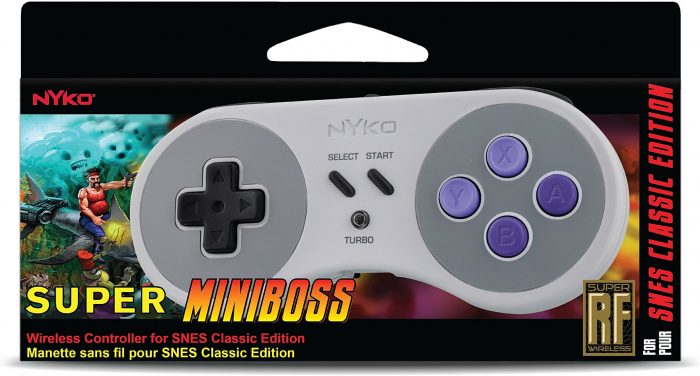