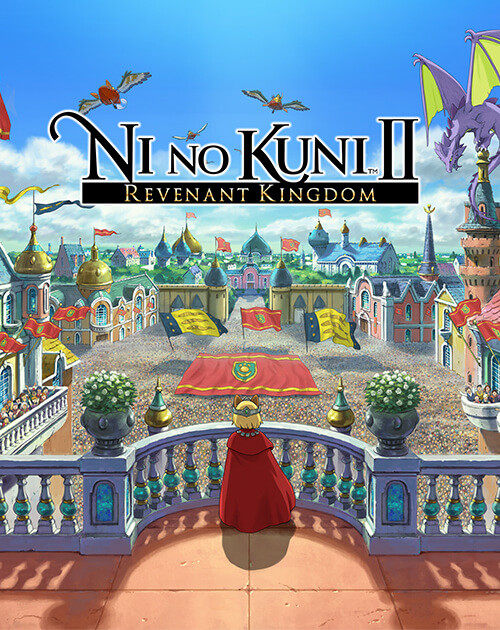 $60
Re-enter the animated world of Ni no Kuni in the latest role-playing masterpiece developed by LEVEL-5. Explore a beautifully crafted world and experience the gripping story in an all-new RPG adventure. LEVEL-5 reunites with Yoshiyuki Momose on character design and music composed by Joe Hisaishi in the production of the next Ni no Kuni tale.

No no Kuni when it was first released on the PS3 was an amazing mixture of animation and gaming.  Ni no Kuni 2 on the PS4 carries over that same animation art style, but seems to lose a lot of what made the game great in the first place.

Gameplay:  While Ni no Kuni 2 does bring over the similar Studio Ghibli art style (Keep in mind Ghibli is not actually involved this time) you can forget everything you remember from the first Ni no Kuni.  Aside from a few call outs to similar locations the two games could be largely independent and are pretty much completely unrelated.  The first Ni no Kuni was along the lines of a Pokemon clone, tasking you to build a team of monsters who would fight along side you with more of a action turn based style.  This time around it is a pure action rpg with the main characters taking center stage in the battles only to be helped by some strange new creatures straight out of Princess Mononoke called “higgledies”.  These higgledies take more of a passive role allowing you to call on their abilities randomly throughout battles.  The Abilities can range from powerful attacks to healing spells depending on which higgledies you decide to bring into battle but either way you can’t call on them until they are good and ready.  The higgledies will also do minor auto attacks and heals in the meantime depending on your setup, but most of the time these are so minor you dont even notice (which seems to be a theme for this game).  While not in a battle or dungeon you spend your time exploring the world via land, sea and air, all in miniature chibi versions of your characters.  While overly cutesy exploring the world is easily one of the more beautiful and fun aspects to the game.  This time around Ni no Kuni 2 also introduced a few extra “mini game” features the first being a simplistic squad tactic battle game skirmishes the other being kingdom building/resource management.  While neither mini game is overly complicated they do add an extra distraction and objective to an overly simplistic fetch quest game.

Story:  Ok, try to stay with me…  After watching his home town get blown to hell by a nuclear bomb, ‘President’ Rowland is “spirited away” into the half-cat half-human Prince Evan’s bedroom.  Just while Evan and Rowland are trying to understand why the fuck a middle age man just appeared in a pre-teens bedroom, guards burst into Evan’s room in an attempt to murder him, because SURPRISE at this very moment a coup d’etat is taking place and the incoming power wants Evan dead.   Rowland (who now looks like a younger version of himself for some reason) decides to help little Evan escape from his own castle.  Upon escaping they find that Evan’s father (the king) was murdered making Evan the now rightful King.  Instead of focusing on that, Rowland and Evan set off to rebuild a new Kingdom of their own (I assume one with Blackjack and Hookers).  With that Roland and King Evan set off on the longest fetch quest of building a new kingdom one person at a time.

Graphics:  Ni no Kuni 2 carries over that phenomenal Studio Ghibli art style and at 4k the main world map is beautifully detailed.  Unfortunately everything, including cutscenes are 3d rendered and we no longer have those beautiful 2D cutscenes or detailed city views. I understand why they made the change but a lot of the charm is lost.  Without its charm there isn’t much that would make you go “ohh” or “ahh” looking at the game.  Everything is bright and colorful and locations do vary but nothing worth writing home about.

Ni no Kuni 2 is stupid easy, like beyond easy.  Like mommy look I’m playing my first RPG easy.  Sure there are a lot of small details to keep tenured players interested but at the end of the day none of it matters as 90% of the game can be beaten by just spamming attack.

On that note, nothing really seems to matter.  Sure getting better weapons or armor helps but anything outside the major stats just appears to be “for fun”  There is an entire section dedicated to tweaking your resistances to fire or poison damage, most of which doesn’t seem to really do anything.  Its nice that you can get real technical with your strategy but eventually you will forget it even exists.  Same goes with status ailments, never once did I have a need to save myself from poison, confusion or sleeping.  (I don’t even remember getting put to sleep even once)

For a major title in 2018 there really isn’t any reason why voice acting isn’t done for the majority of the story.  NNK had a very annoying problem of switching between VO and text on the fly.  Not to mention text during action battles….like who is reading that text box when they are focusing on attacking/dodging.

The cutesy higgledies are mostly a pointless distraction and act as just another stat to grind/improve.  While their abilities can be nice once activated, the randomness makes them impossible to count on, so they become a nice thing to activate just to take away from the monotony of just hacking away at enemies.  And while they start off as a major part of the story later on they are never explained or talked about again, some people seem to be able to see them others don’t…  I donno, seems lack luster or parts are missing.

Every single mission is a fetch quest, EVERY SINGLE THING.  The best part about taking on new missions is when you already have the random item the NPC was requesting in your inventory. PRO TIP: Dont Sell shit.  Money flows like water and there are no inventory limitations.

*As of now this bug has been fixed*

At the end of the day Ni no Kuni II: Revenant Kingdom is a great “Fisher Price RPG” if you have a young child its a light and easy tale to play and watch.  However if you are a grown ass man who enjoyed the first Ni no Kuni, the second is just a forgettable disappointing experience.

I BEAT IT FIRST
Jason 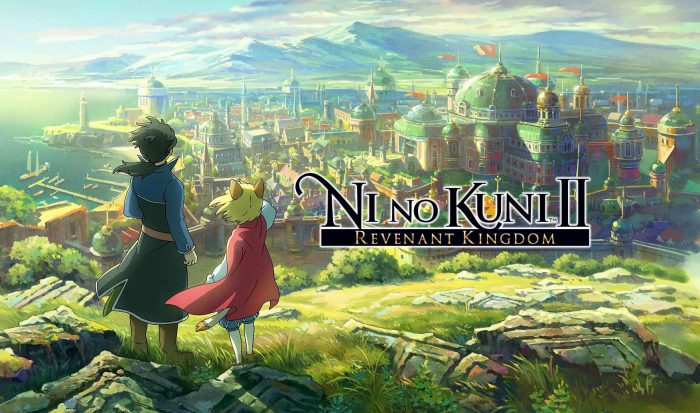 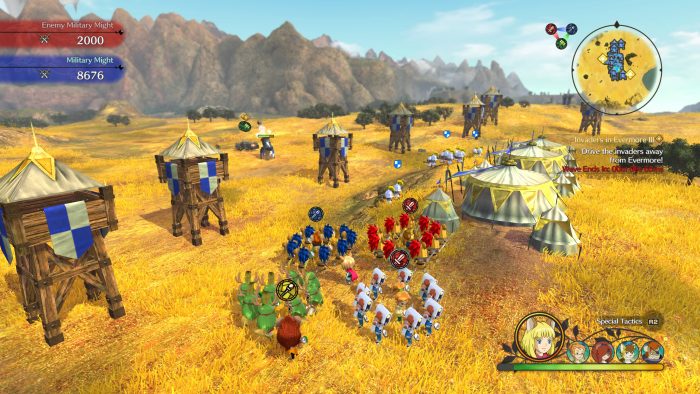 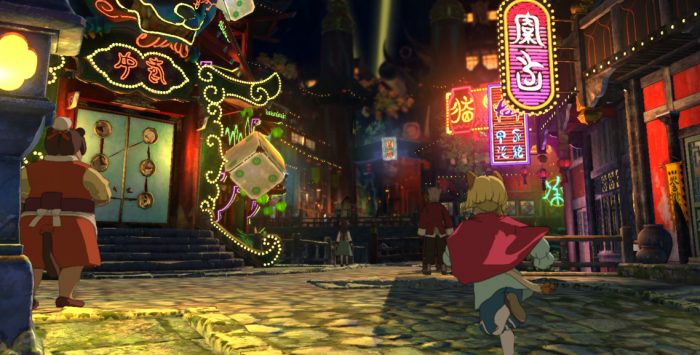 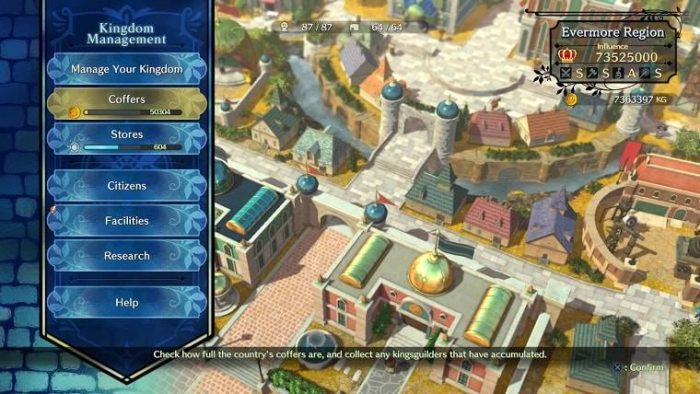 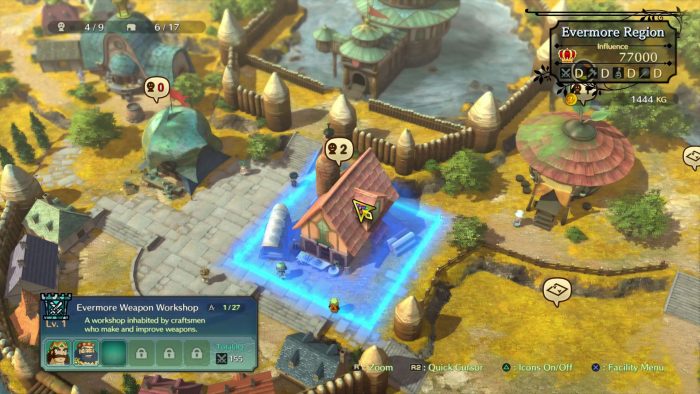