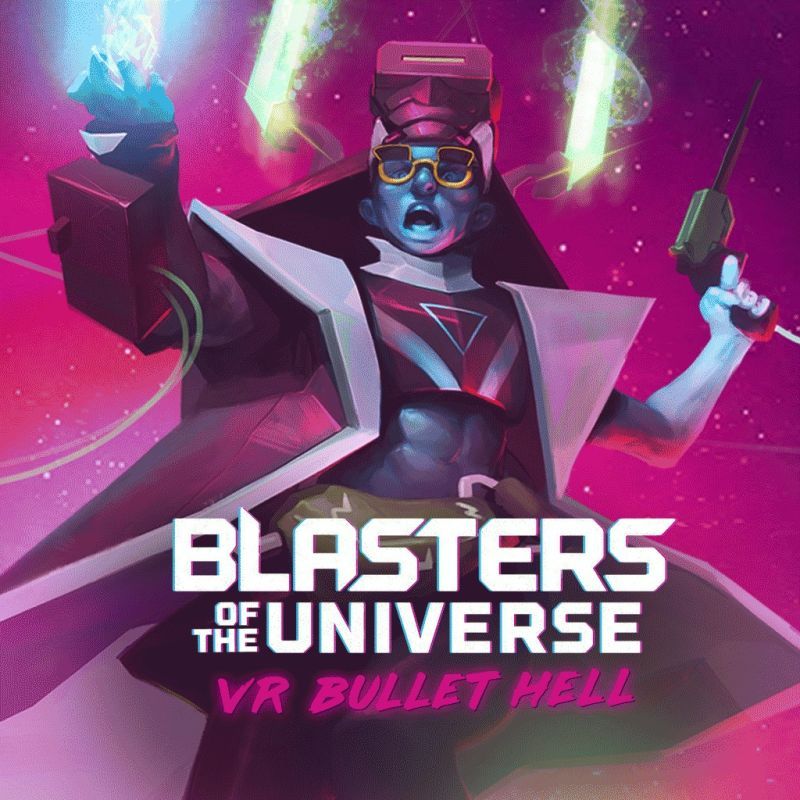 Blasters of the Universe

$14.99
Blasters of the Universe is the first of its kind, bringing the bullet hell genre into first person VR. Intense gameplay is heavily reliant on physical movement, requiring the player to duck, dodge, twist, turn, and maneuver their way through tons of enemies and hundreds of bullets.

We all know that one guy from the arcade that outside of the arcade is a giant doofus, but inside the arcade he’s an all powerful god that lays waste to all challengers.  Take that person and then make him a god in a virtual world, and you have the back story for Blasters of the Universe.  Sure it’s not a deep storyline, but do you really need one for a VR Bullet Hell game?  No, the answer is no!

Combining VR, First Person Shooters, and Bullet Hell game play sounds like a recipe for disaster, but you would be surprised at how well they work. With the players head being the only part that takes damage, and a shield that has a finite power level & recharge rate, you’re encouraged to move around as much as possible to dodge an ever increasing number of projectiles. Sometimes these are quick back and forth dodging movements, sometimes you’re dropping to the floor, and sometimes your trying to figure out the best way to simultaneously keep your head still in a cone of bullets while also evading stray shots from the side.  Either way, prepare for more squats than a CrossFit session.

Customization is where this game really starts to shine. As you clear levels you will unlock a bevy of guns and attachments to aid you in your quest to beat the aforementioned annoying gamer.  You can upgrade rate of fire, type of projectile, speed of projectile, quantity of projectiles, and even factors like ricochet & poison.  Most of these extra pieces will help make the game easier, but I did find a few that seemed to make the game harder by reducing shot number and reload speed to make you be more precise and “git gud”. The sheer sensory overload & crazy movements kept me from inflicting this insanity on myself, and I’m sure the black lab playing around at my feet thanks me for it as well.

With only a handful of levels, you can beat the game pretty quickly (provided your body can hold out). And for a a VR First Person Shooter, it’s pretty solid. Even though the bullets and movements are much slower than games like Call of Duty, the sheer number of bullets being fired at you at a given moment more than make up for any of those shortcomings. 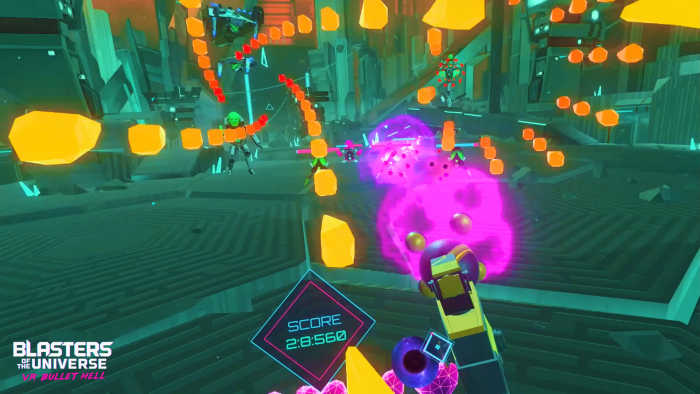 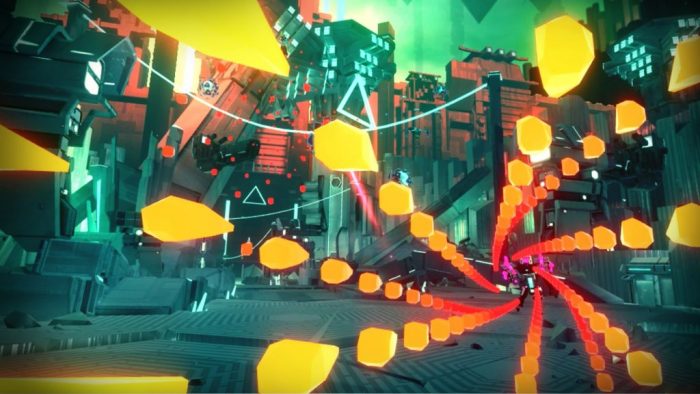 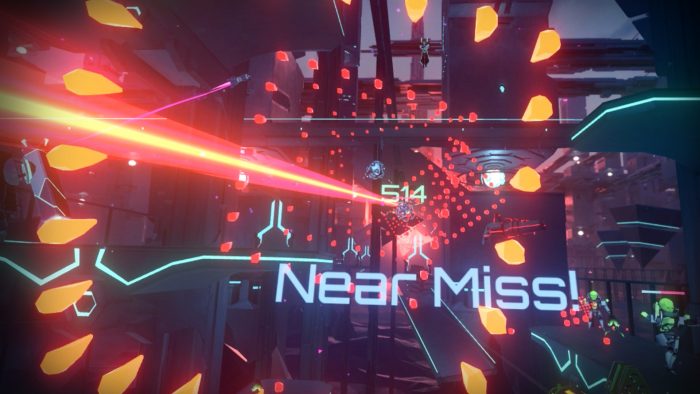 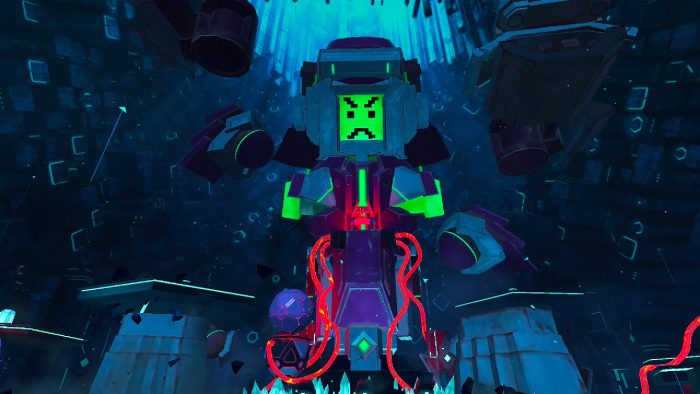 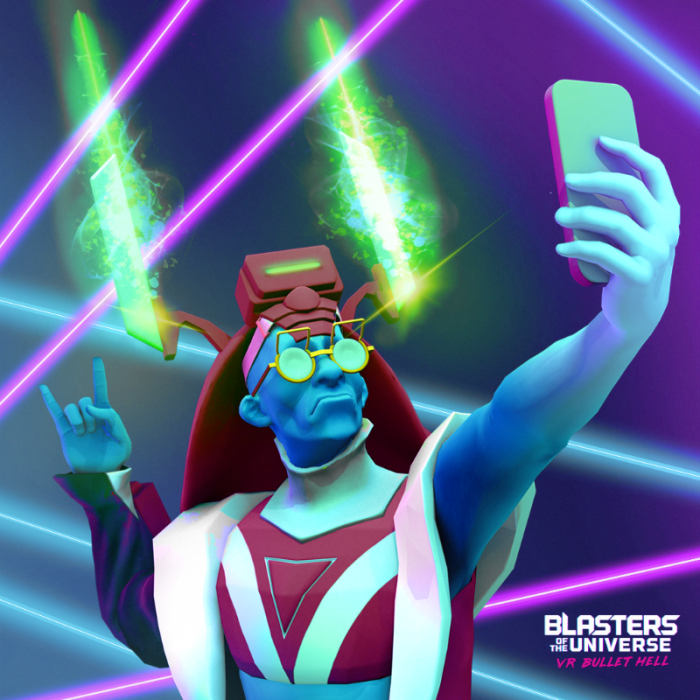 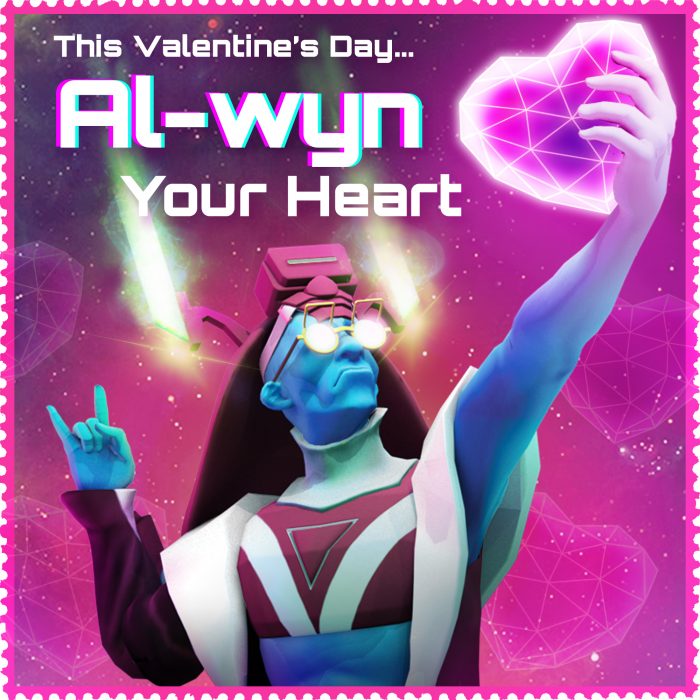 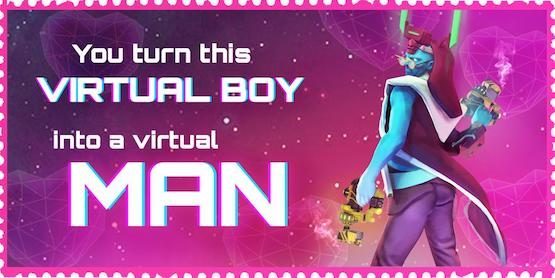