$
"Explore the remains of a fallen world from fascinating perspectives! Slip into the role of different animals to uncover the fate of an ancient world. Dive into deep waters, fly at lofty heights, dig underground as a mole or even climb steep cliffs with a mountain goat, there are lots of ways of getting around."

Have you ever played a game that took you on a journey unlike any other before? Imagine actually feeling the thrill of being a hummingbird racing between high cliffs, or the feeling a salmon gets when it leaps upstream. Lost Ember by Mooneye Studios, a small German game studio of five people, has created this experience. 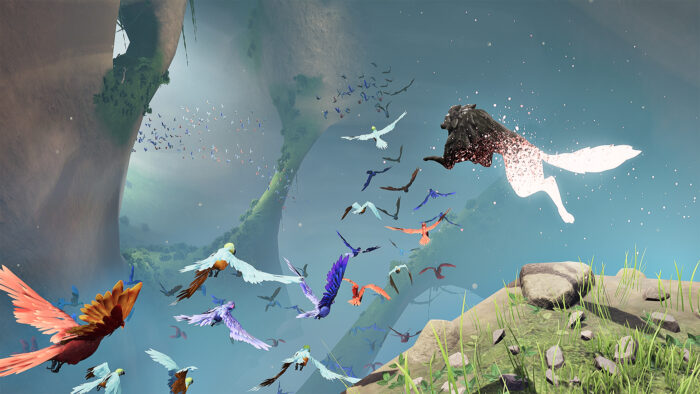 You begin the story as Wolf, a lonely canid who is befriended by a mote of light that only you can see. Without identity or distinct motivation other than to get you into the “City of Light,” the afterlife, you begin your journey. How you experience the story in this game is unique as well, leading you from fire to fire through one of the most beautiful environments I have seen in an indie game. As you progress, the mote of light, and your companion throughout, helps you to discover truths about your character’s distant past and the past of the land you are exploring. 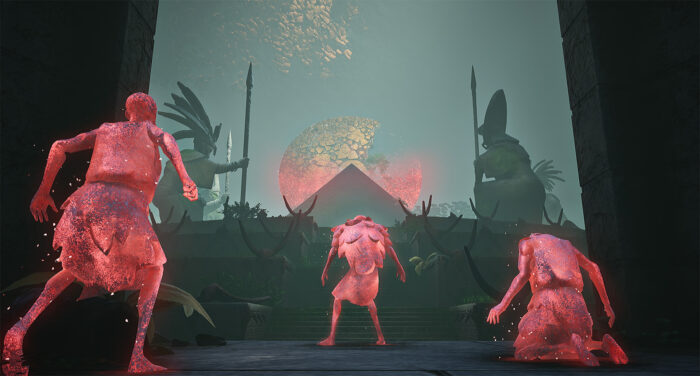 Your spirit is not only able to possess a wolf, but you are able to play as at least ten different animals, swimming, jumping, flying, soaring, and splashing your way through the environment and the story. This was hands-down the most thrilling aspect of this game and worth the purchase price alone (although the story is wonderful, too). 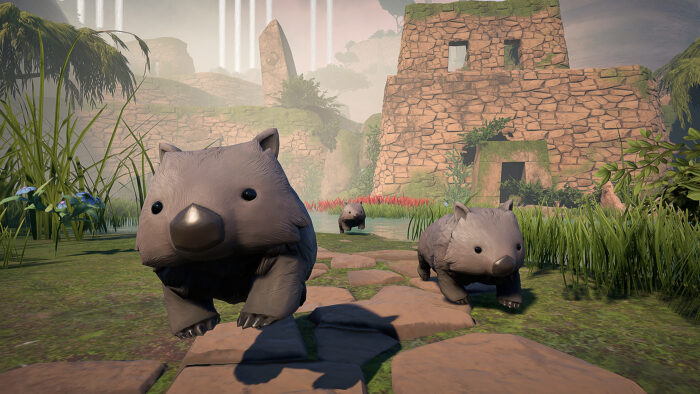 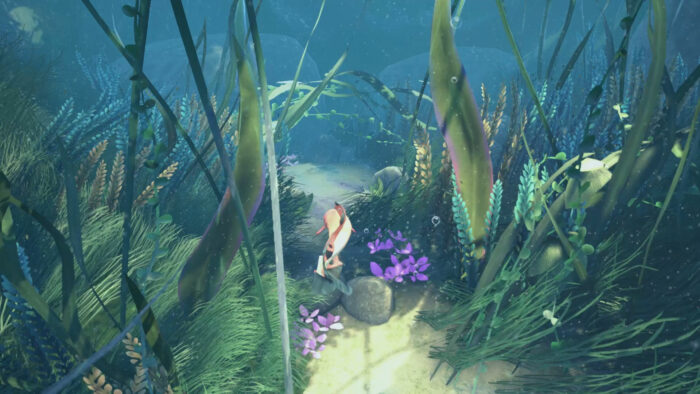 There are more than a few bugs, which is often expected in these types of exploration games where you interact with complex models in complex environments. The two main bugs I encountered mainly had to do with possession and dispossession. The first being that, if there is no space for Wolf, you cannot dispossess other animals and revert back into Wolf. Your spirit will stay in mote form and you will have to restart the game from the previous checkpoint.

The second bug I encountered was by far the most frustrating, and I know that with a controller it would not have happened but regardless, if you are playing with a mouse, you will have extreme difficulty using the ram ability as a buffalo or mountain goat. For some reason, I had to dispossess and repossess rapidly in order for walls to break (something I discovered by accident when spamming random keys in frustration). The specific issue is that the game directs you to use your middle scroll wheel in some way, whether it’s rolling it forward as you run into the wall you want to break down or clicking it. However, neither of these actions work to break the wall down. I thought maybe because I had it keybound to ESC in my keymapping program that was causing the issue, but when unmapping that keybind, it still did not work in-game. My workaround was sheer dumb luck and, if I had to start-over playing this game again, I’d hook up my husband’s old Xbox controller and have at it that way instead, which has a specific keybind in the game’s settings for the “ram” action. 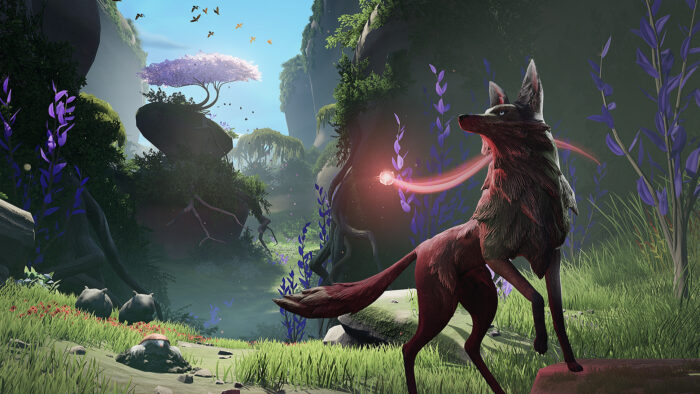 Other than these two minor bugs, this was a perfect game. I would venture to say it was one of the best games I played this year, and I have played a ton of different titles these past few months. I highly recommend this game if you’ve ever wanted to be a bird, a fish, or if you’re an animal lover like me, you’ll love the story (especially the ending, which made me bawl like a baby).