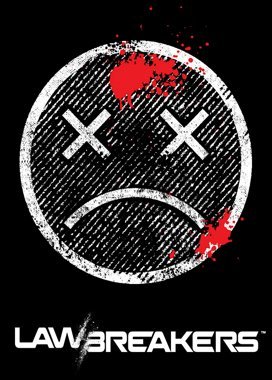 $29.99
Set in a post-POST-apocalyptic world the inhabitants of earth have already survived the end of the world, but will they survive each other? LawBreakers offers up your typical arena style death matches, domination and other familiar game types but with an entertaining twist… to make gravity your bitch. At the center of each arena there is a zero gravity section that allows all characters to move all every which way, adding TONS of strategy, combat styles and loads of chaos.

After finishing Hellblade: Senua’s Sacrifice, I jumped into a game everyone here at IBeatItFirst enjoys, LawBreakers. Don’t believe me? Listen to our podcast from when we played it at E3, or read Jason’s sweet sweet words. Now that the game is released, I was able to get some quality time with it. What I found was the same enjoyable game we all played earlier. The combat is still fast paced and unrelenting. Unlike previous times though however, with more time, I was able to dive deeper into LawBreakers and try out every mode and class. No longer could I just stick with the Enforcer, but I could venture out of my comfort zone and try all the classes. To my surprise, I found out the I thoroughly enjoyed the Harrier class. So, you still aren’t sure what the hell I’m talking about? Well, LawBreakers is an arena shooter, similar to old school Quake, with a modern twist. LawBreakers updates the format my mixing in some of the hero shooter games like Overwatch with 18 different “heros” in 9 different roles. Whether you are the Law or the Breakers version of a class, it plays the sames, albeit with a different look and personality. There isn’t much to any backstory to bog you down with, and for the $30 entry fee, I wouldn’t expect there to be. The main twist on the arena shooter though comes from pockets of low or anti gravity in the 8 different maps. In these pockets you can float above your enemies, meaning death can come from above, or even below. Sorry Porkins, you have to look more than just behind you. Luckily for Porkins though, if they do come from behind, you can shoot behind you as well.

Now that I’ve played every class, and the 3 different modes, how are they? One of the more interesting classes in LawBreakers would have to be the Assassin class. This is the class for those of you who prefer melee classes that focus on speed, as you are armed with a grappling hook and two arc blades. Use your right click and you shoot a grappling hook that can allow you to travel through the map with astonishing speed or grab onto an enemy to bring you in close for the death blow. It’s fun just navigating through the different levels using the grabbing hook. The special attack for this class happens to be a frenzy, allowing you to quickly deal with enemies near you.

Along the up close and personal classes is the Wraith that trades the dual arc blades and grappling hook for a automatic pistol and a short sword. The Wraith can also slide towards enemies, closing the distance while also minimizing the size of target you present to enemies. In the anti-gravity pockets however the Assassin moves far better, with the caveat being the Wraith has the machine pistol to deal with ranged enemies. The special for the Wraith allows you to shoot out an energy wave that slows down enemies. I can tell from being on the receiving end of the attack that it is not enjoyable having your moving speed drastically reduced in a game as fast as LawBreakers. Then you have the Gunslinger, which utilizes dual pistols, one automatic, and one hand cannon. You can fire are reload each independently or fire both simultaneously. To move around quickly, the Gunslinger can warp a short distance. The Gunslinger’s special fires a short barrage from both pistols at the same time with no limit on the ammo. In practice, I didn’t find it super effective, but with a more skilled user, I can see it dealing quite a bit of damage.

The main support class in LawBreakers is the Battle Medic, which is equipped with a grenade launcher. The grenade launcher can fire either grenades that explode on impact or bounce around before exploding, allowing the user to bounce them around corners or barriers. That’s the Battle part, the Medic part comes in the form or drones that float around you that you can send to allies to heal them in a fire and forget role. You also come with a jet pack allowing you to fly even in non anti gravity areas, allowing you to get above enemies and lob grenades on them. As this is a support class, it’s special is the ability to drop down a protective field that stops bullets and heals allies. The other class equipped with a jet pack of sorts is the Vanguard, which is equipped with a Gatling gun that only gets more accurate the more it shoots. Toss a barrage of 5 grenades or use the Vanguards special where you dive bomb into the ground leaving a pocket of low gravity. I can see this class being quite effective providing ranged support for the Assassin as they pull off a flanking maneuver as you utilize the jet packs to fly around the edge of the map and the Assassin uses it’s grappling hook to swing around.

Now for the class I main as and probably the most straight forward class, the Enforcer. Equipped with an assault rifle, a grenade, and sprint as its movement ability, it’s what you might be most used to in other FPS games. The Enforcer’s special attack is a set of 3 rockets that can lock on to a target and track them to a certain degree. It’s easy to see why this is my favorite class, as its the easiest to get into and can pack a punch. Decent movement speed and an effective main weapon makes it a great all arounder. A close second is the Harrier, which fires a straight energy beam. The Harrier’s special is just an upgraded version of this, complete with a heart for added measure. I was able to use it to get several double kills as it quickly depletes an enemies health. As for movement, you are equipped with jump jets that you can use to either travel faster or get a higher vantage point on your foes. The Harrier also falls into a support role, as the class is able to deploy a consumable to replenish your fuel, which is used for all the classes movement abilities.

Then you have your heavy tank classes. The Titan class has a semi-automatic rocket launcher that can fire 6 rockets in quick succession. This works great in areas with regular areas, but avoid the noob tube trope when it comes to the low gravity areas, as with the fast moving classes it can be difficult to land a hit with a slow moving rocket. Add in the different movement abilities allowing them to change their trajectory in low gravity and predicting where they’ll be becomes an even more difficult matter. Land a hit though, and they will feel it. Close the distance with a leap that smashes the ground, dealing damage to opponents, or toss a neutron mine to slow the movement of enemies. The special attack is truly deadly, allowing you to electrocute your enemies to great affect. The great amount of damage that the Titan and deal out as well as take is matched with a slow movement speed. Think of it as a Ship of the Line during age of sail, heavy armor and heavy armament, but slow moving. The key is to keep your distance when it activates it’s special and out maneuver the Titan class. The final class is the Juggernaut, which as it’s name implies, is a tank class. The Juggernaut favors defense, with the special being able to temporarily increase its armor and fire rate. It can also drop a shield wall keep enemies from advancing. It has a short sprint ability making it more maneuverable than the Titan, and a pump action shotgun with a bayonet to deal damage up close. Whereas the Titan focuses on all out firepower with a strong defense, the Juggernaut focuses more on Defense, being a harder opponent to take down but with less offensive weapons.

LawBreakers features 5 modes. The most traditional being Turf War, where your team must capture 3 zones. After all 3 zones are captured however, it will go into an intermission, where kills will get you a bonus to your capture speed. First team to capture 16 zones wins the round. Pretty straight forward, with the unique twist of the intermission and zones being locked down, as well as the first mode we’d play back at E3 last year. Similar to Turf War, is Occupy. In Occupy you must hold a zone for as long as you can, earning points as you do. Every 45 seconds the zone moves to a different area on the map. First team to 200 points wins. The funniest mode however would have to be Blitzball, thanks to the addition of voice actor Justin Roiland of Rick and Morty fame. Justin voices the ball in which you must capture from the center of the map and then deliver into the goal inside your enemies base. Nothing like a reminder to watch the latest episode of Rick and Morty than killing enemies in LawBreakers.

I can’t say that arena shooters get me hyped, but LawBreakers changed that. I’m glad I got the opportunity to check the game out at E3 last year, as it really got LawBreakers on my radar more than the fact that it’s Cliffy B’s new game from his new studio. It’s a nice change from the usual military FPS games I play. The anti gravity zones are definitely my favorite ares in the maps, and it’s a great way to hop in for a quick 15 minute match before leaving the house for work or a night out.  The fact that it’s only $30, with all future classes, modes, and maps coming free is just icing on the cake. No paid DLC here. So would I recommend LawBreakers? Yes, yes I would. In fact, I actually pre-ordered the game prior to receiving my review code, because waiting for it was just taking too long and I was sold. So hopefully I’ll see you online, and hopefully I won’t embarrass myself too much. 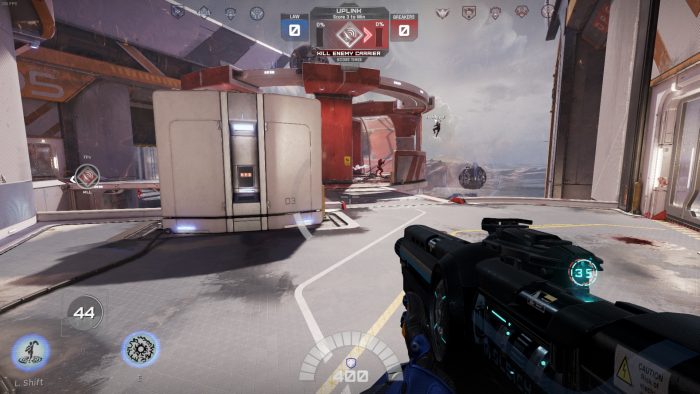 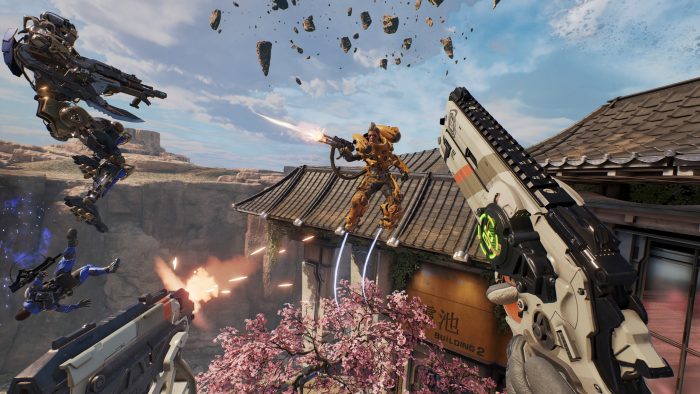 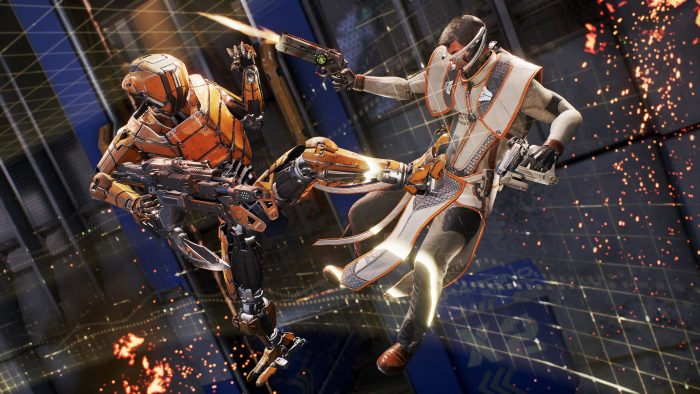 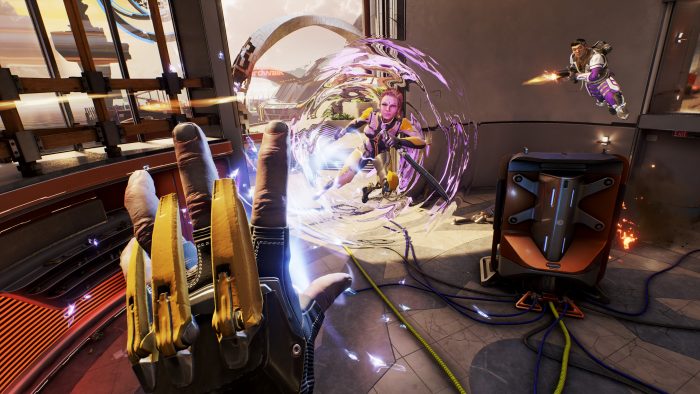 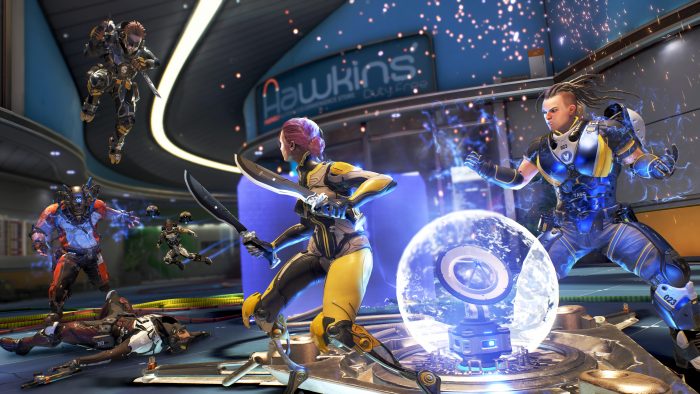 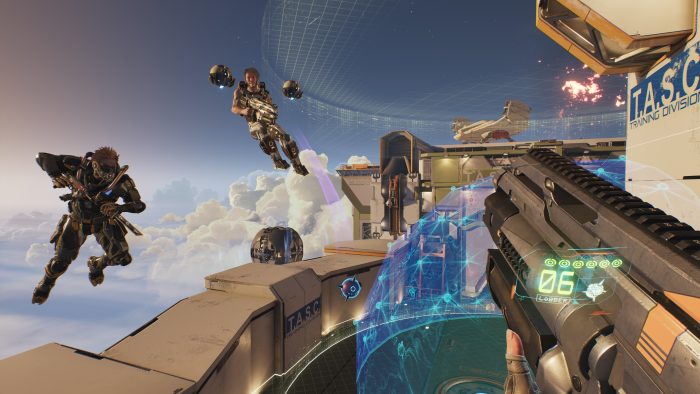 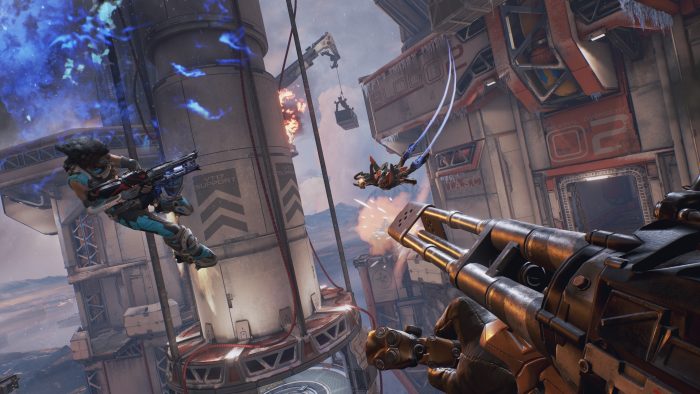