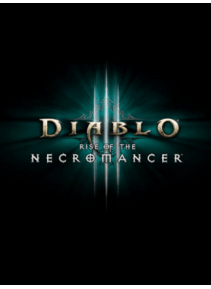 Diablo 3: Rise of the Necromancer

Comprised of controlled, calculating individuals, the Priests of Rathma have long known the true stakes at the heart of the Eternal Conflict. Known to uneducated outsiders as Necromancers, these masters of blood, bone, and the dark arts are often misunderstood. Driven to protect the Balance at all costs, those dedicated to walking this path see neither good nor evil in their actions; simply obedience to the cycle of being.

About 2 months ago, Blizzard released a new DLC pack for Diablo 3 that finally gave what quite a few Diablo 2 fans had been asking for, the Necromancer class. The Witch Doctor was an alright substitute but, there’s something about an army of skeletons following you through your adventure. Unfortunately, this pack was a bit light on the content. Even at the $14.99 price point, it seems a bit much for essentially just a new class. The previous expansion, Reaper of Souls was twice the price but, introduced a new class, act, level cap, loot system and the Adventure Mode. Many people that I have talked to have said that they are waiting for a price drop, and I don’t blame them.

As for the Necromancer class itself, I’ve had a lot of fun with it. Corpse Explosion is back and is just as fun as it used to be. Summoning an undead army is everything you’d expect it to be and the skeleton mages are quite powerful. In fact, the Necromancer seems pretty powerful overall. A friend of mine and I have already rinsed through the new season with the new class and are using some pretty early acquired skills. I’m sure this will change with the many hotfixes that Blizzard likes to perform on their games though.

Overall, the new DLC is a nice addition but, I think its initial sale price of $14.99 is a bit much. Maybe dropping down to $9.99 will really generate some interest but they could use more content than a class and a new map area or two within existing acts. I’m a devout Diablo fan since the first game back in the late 90’s, and am a bit of a “lootaholic”, so this just gave me more loot to obsess over. If you are done with Diablo 3 or not interested in the first place, this won’t change things, but if you have the extra cash and love to loot hunt go for it. Otherwise, save your money for a sale.

From my brain, to my laptop, to your brain, I’m Chad and these were my thoughts on the new Necromancer Diablo 3 Expansion. If you’ve already played it, what do you think? 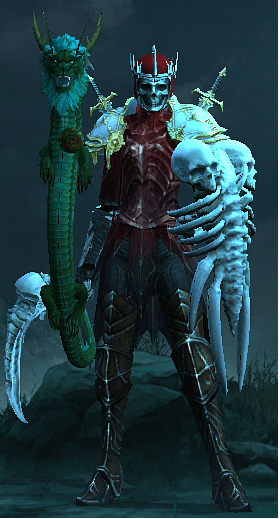