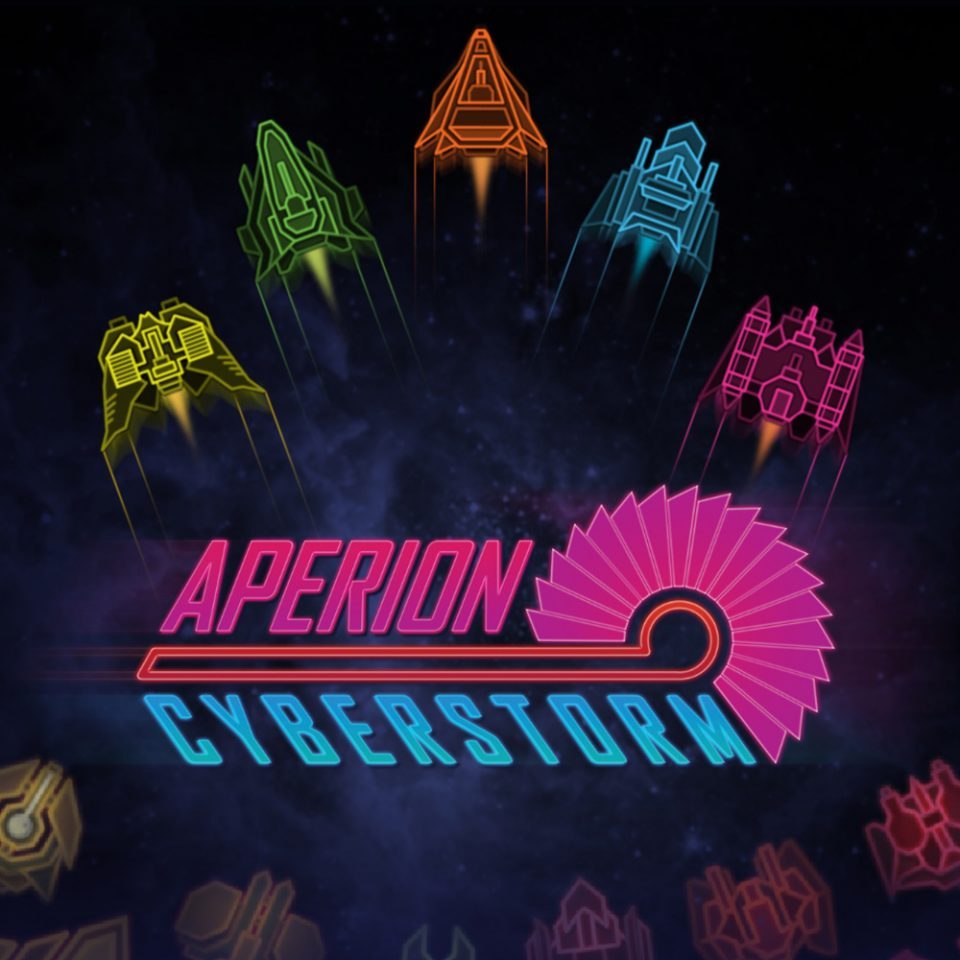 $13.49
Aperion Cyberstorm is a bullet hell style twin stick shooter with support of up to 5 players in each of it's 3 modes, Campaign, Onslaught, and Versus.

Aperion Cyberstorm is a bullet hell twin stick shooter on Steam, Switch, and WiiU. I was lucky enough to be provided with a review code for steam for the game. The game does support keyboard support, but should really be played with a controller. Using the arrow keys and WASD just doesn’t feel right with a twin stick, and I used my PS4 controller 99% of the time. One round of the Versus mode with a keyboard was enough for me to say stick to a controller.

The game features a synth soundtrack that fits the space faring, bullet hell theme. The synth soundtrack isn’t quite on par with the excellent soundtrack in NeuroVoider created by Dan Terminus, but it also doesn’t have a big name attached it. You also play a pilot in Aperion, not some weird brain attacking evil robots just trying to party. Aperion is much more grounded than that, well, until the bullets start flying that is. Aperion supports up to five players in all three of it’s modes, Campaign, Onslaught, and Versus. There is no online play however, making this a local co-op game. This makes it a bit difficult with a traditional PC set up to get others in on the action with you, but would be perfect for the Switch version. The modes are pretty basic, with Campaign being, well the campaign. Onslaught sends you facing off waves of enemies, and Versus is, you guessed it, versus. Don’t worry though, AI players can be added into Versus mode for the friends you don’t have, or replace the ones you do have. Sorry Eric and Jason, you have been replaced with AI Bob and AI Ted. The campaign has you clearing areas as you search for friends that you got separated from two years ago. It starts out slow, allowing you to build some confidence. Yeah you got this, you cleared the last five areas without taking a single hit. You’re a certified bad ass. Don’t believe it though, you are not the hype. This is all a false sense of security, as more and more enemies of different types start appearing, and you really get the sense of what they mean by bullet hell. This is clear during the boss battle for the first area, where you face off waves of enemies, and turrets, all the turrets. The screen is filled with bullets, and it’s all you can do to fire back and hope for the best. It’s a chaotic symphony of gun fire, and only the most skilled, and lucky, conductors can survive. Throughout the levels you pick up power ups and new special abilities. These abilities, and your ship can be upgraded between zones. Pro tip, if you see crystals on the walls, shoot them as they will give you money for these upgrades. You get two abilities that you can use, and you unlock them as you play through the campaign. Onslaught has 16 maps, while Versus starts with 16, and allows you to unlock another 16 by playing through all the modes.  Aperion is a fun, frantic twin stick shooter that will get your blood pumping, however it is best played with a few friends and some delicious beverages. Aperion is out now on Steam, WiiU, and Switch. Later this year it’ll be coming to Xbox One as well. 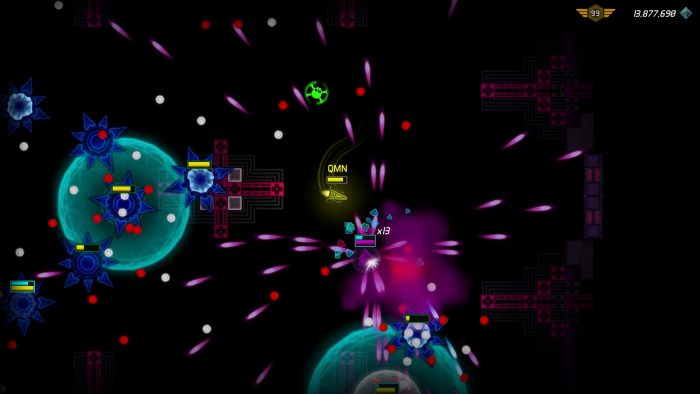 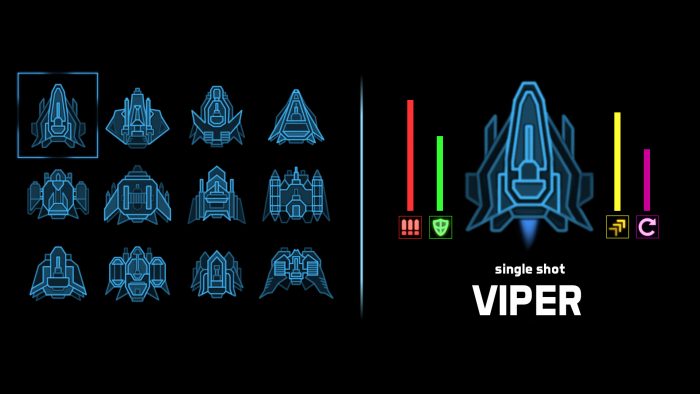 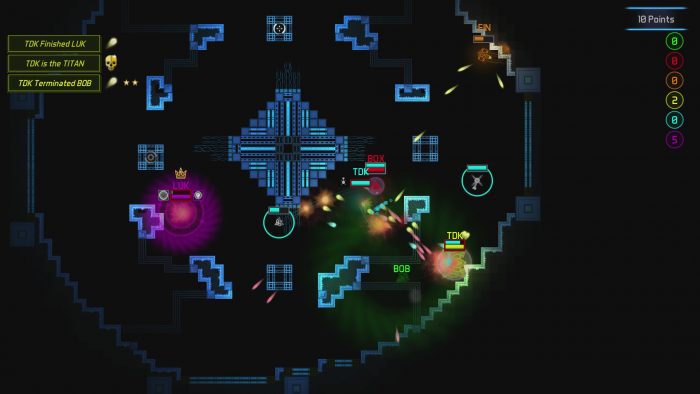 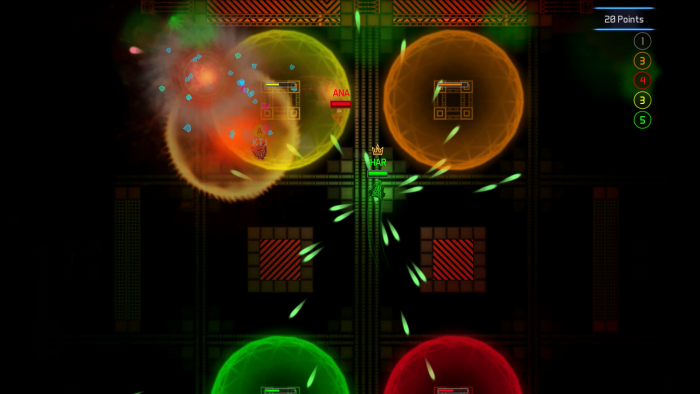 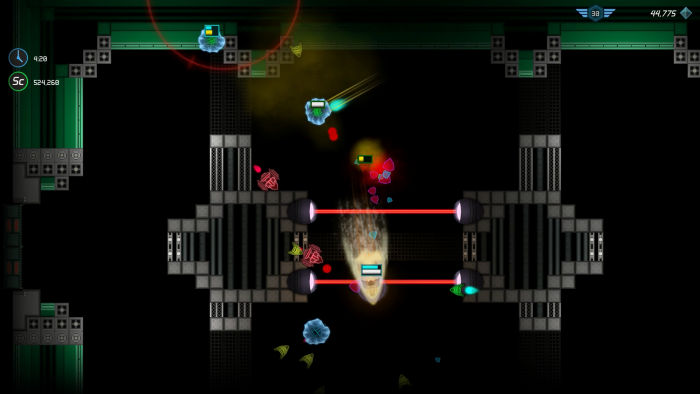