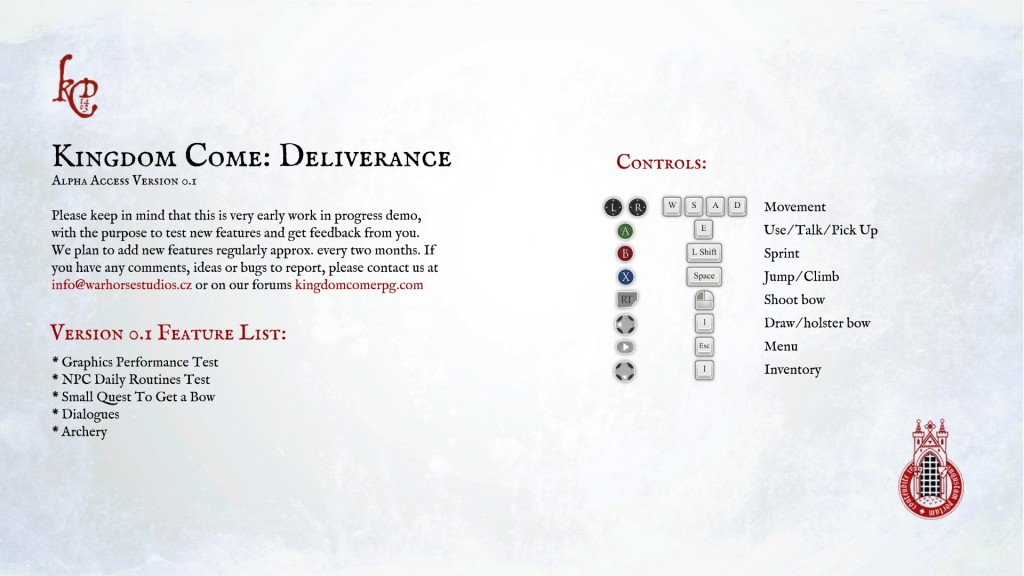 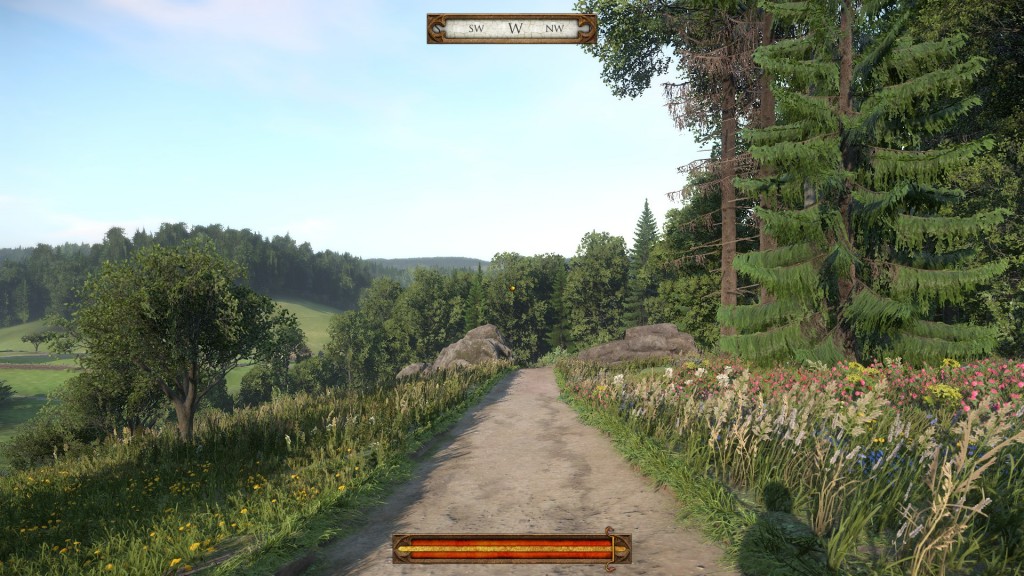 Jumping into KC:D, the first thing you notice is how gorgeous it is, as you look down a path, with grasslands and woods all around you. Looking to the left, you see a small village, the only place in the initial alpha release. Heading down into the village you can see people going about their daily routines, whether its farming, getting water from the stream, or even grabbing a drink at the inn. You can enter every building if you so choose, and talk to several people, although there is no voice acting, so hitting ESC to skip through dialogue is suggested, as some of the subtitles tend to stick around for awhile. 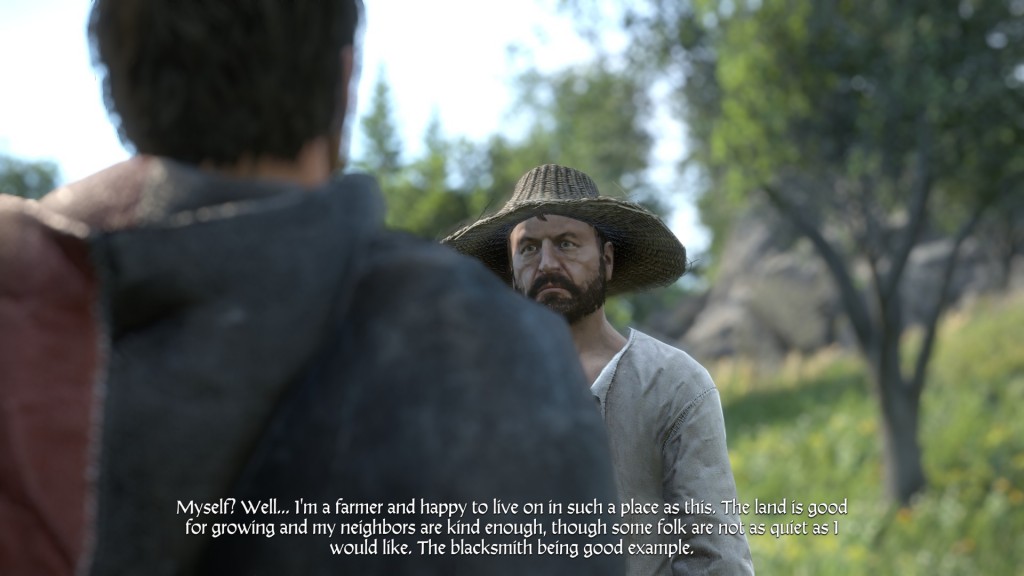 There are a few mini-quests you can do in KC:D that will earn you some money, get you a torch, and allow you to borrow a bow for some target practice. Archery is the main quest here you want to do, but in order to accomplish it, you must get 10 pence, which means completing the other two, or at least one of them, depending on how you complete it. The first farmer you encounter, should you follow the path down to the village, will tell you about a how noisy the blacksmith is. You can find find the blacksmith at where else…the forge. You he is a bit rude, but upon returning (or talking to the first time, after meeting the blacksmith), you can initiate the quest to steal his flute from his house. After you do this, you can either return it to the blacksmith, that will get you the necessary 10 pence, or give it to the farmer for 8 pence. 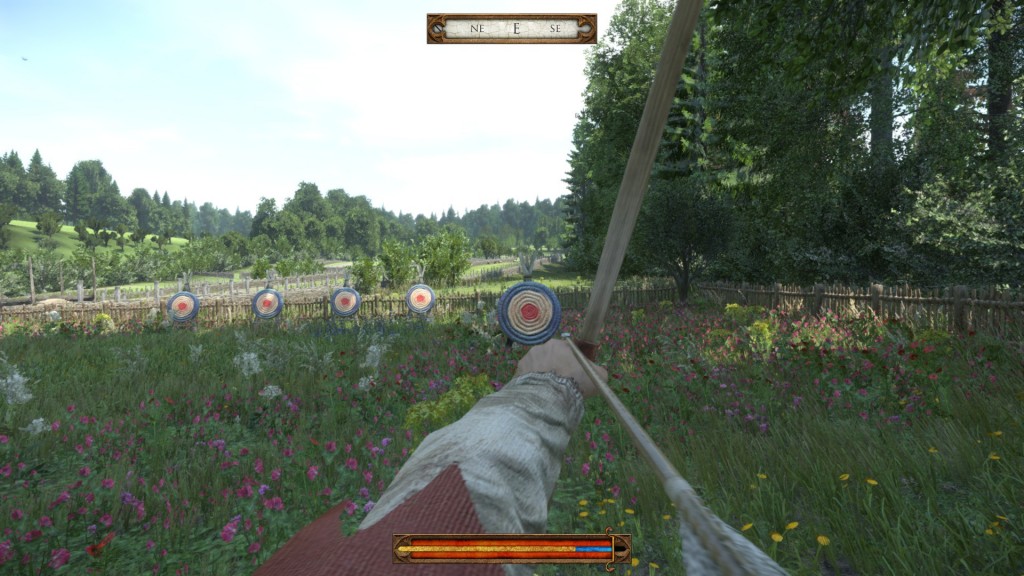 The other quest, that will give you 2 pence and the torch, is to find the escaped sheep, and herd it (by chasing it) back to the sheep pen, and then talking to the Shepard. Finally you have enough to start a wager with the archer to shoot the bow. Unlike most RPGs, these quests don’t appear, there is no ! mark above someone’s head, or anything to give it away that it is, in fact, a quest. In fact, chasing the sheep back doesn’t even register as a quest, as all the Shepard says before doing this is “I talk to the sheep all day! I’m the Shepard!” Which if you ask me, the sheep probably ran away to get away from his creepy ass. Seriously, he’s way to excited about sheep. 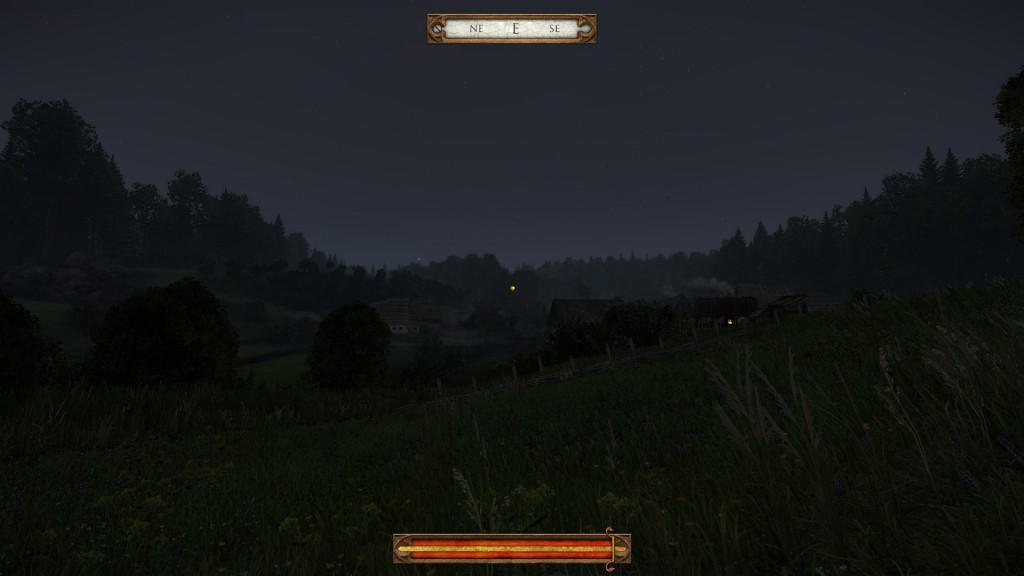 After finishing the quests, I came across a cheat code for a Bastard Sword, wh_cheat_additem 05 25, so I had some fun swinging it around. The alpha wouldn’t let me kill anyone, but I was able to knock off some combos by alternating between the left and right mouse buttons. 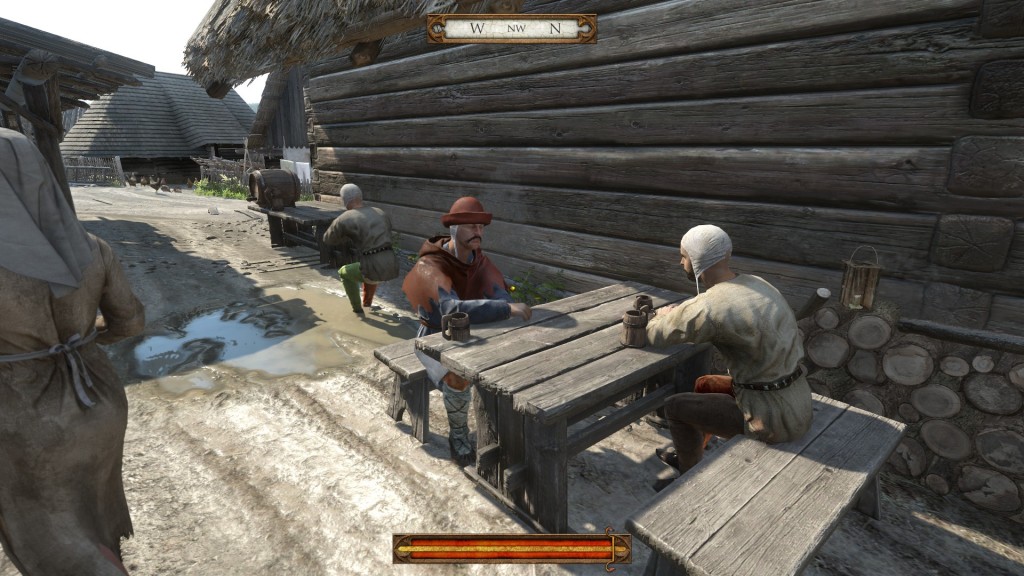 Currently the Alpha is only for PC, but upon release, KC:D will be out on Xbox One and PS4 as well, and I’m looking forward to see how this game develops as they continue to add to the Alpha. 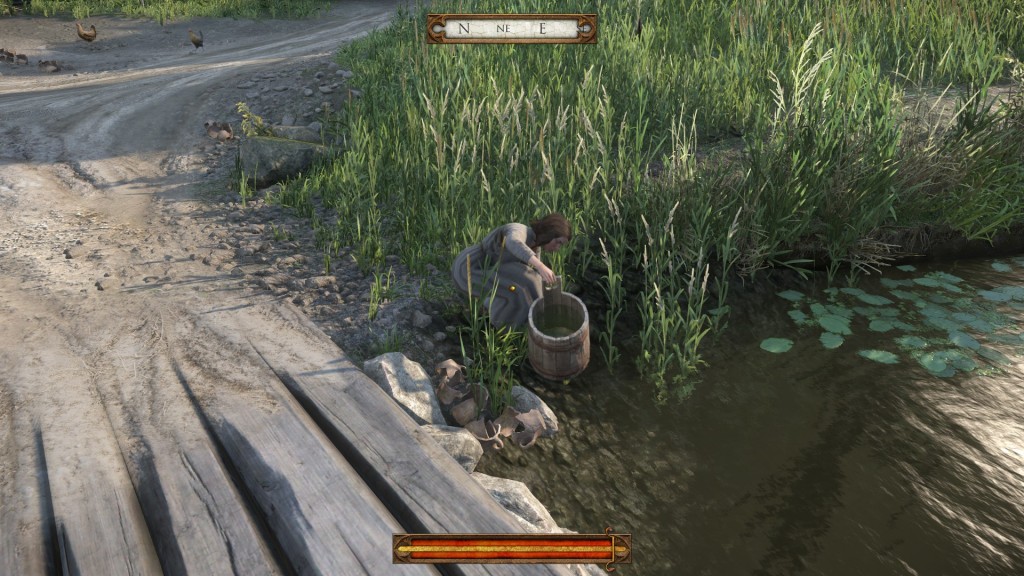